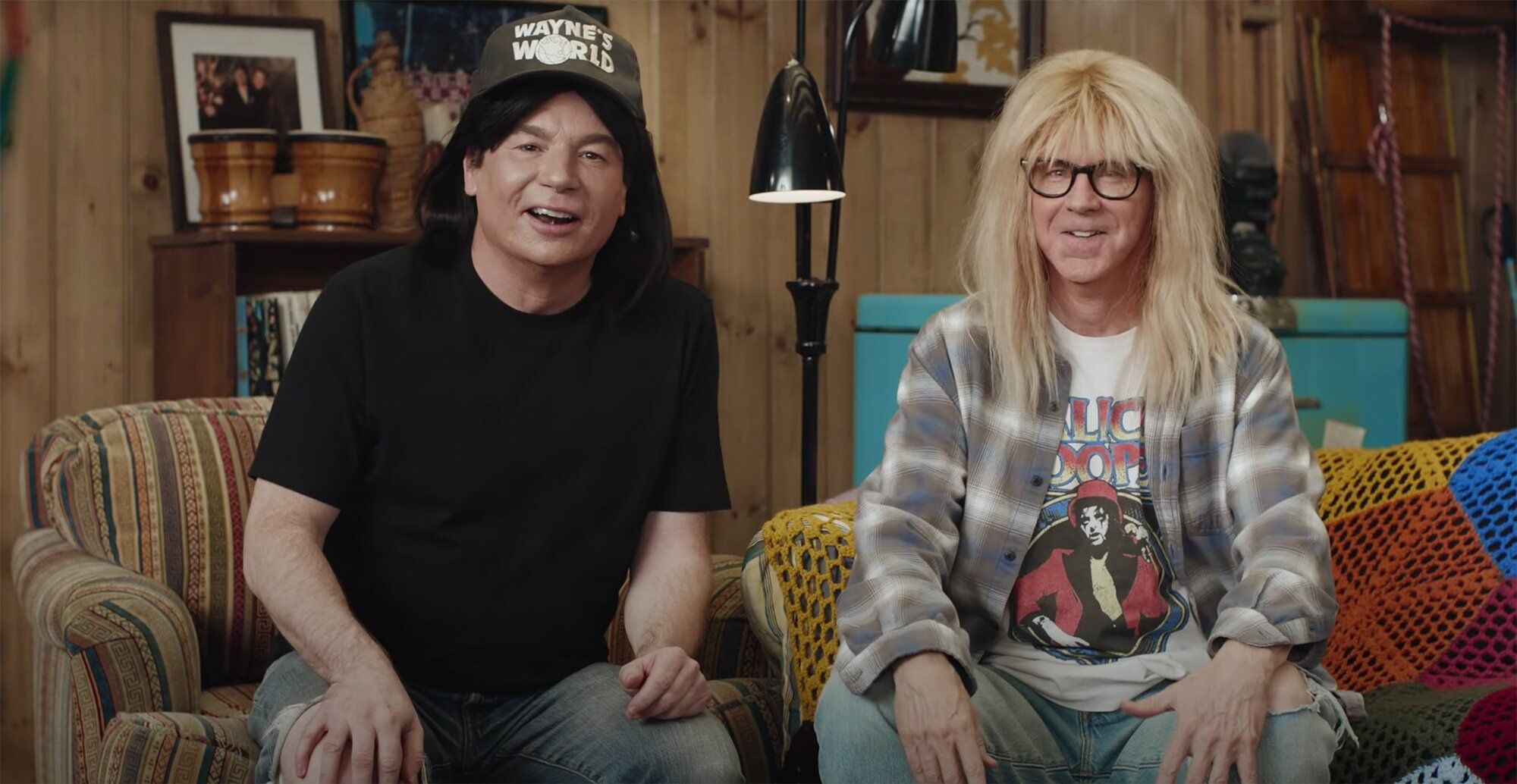 The promo shows the duo dressed as Wayne and Garth, rock music fans with their own public access TV show created by Myers that gained popularity on Saturday Night Live in the late ’80s. The duo reprised their roles in two comedy films, Wayne’s World (1992) and its sequel a year later.

“And we’re back,” Wayne says to viewers in the ad, revisiting one of many signature phrases from the beloved characters. “2020 was a great year…NOT!” he adds with a little help from Garth.

Both Wayne and Garth look to still be transmitting their show from the former’s basement in his mom’s house in Aurora, Illinois, as per usual.

“We just wanted to say that we’ll see you soon for the game, which for legal reasons cannot be named,” Wayne adds.

The term “Super Bowl” is trademarked by the NFL and can only be used by those who pay top dollar for the right to do so in ads. As shown in the Wayne’s World teaser above for Uber Eats, advertisers find a way around that by using other terms like the “gigantic bowl” or the often used “big game.”

Super Bowl LV will see the Tampa Bay Buccaneers battle the Kansas City Chiefs on Feb. 7 starting at 6:30 p.m. ET only on CBS.

X
Dale Moss Says He’s Felt ‘So Much Guilt’ and ‘Confusion&…EntertainmentDale Moss is feeling a lot of emotions surrounding his breakup from ex-fiancée Clare Crawley.Almost two weeks after announcing their split, Moss, 32, …
close