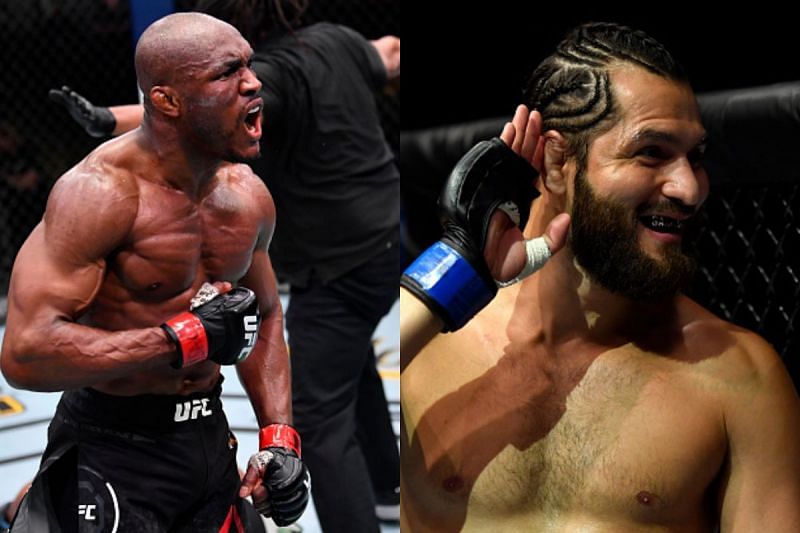 In his UFC 258 post-fight interview, Kamaru Usman called out Jorge Masvidal for a rematch. The Nigerian Nightmare put Gamebred on notice for a rematch, to which the BMF champion has now responded.

Taking to social media, Jorge Masvidal’s manager, Malki Kawa, claimed that he and his client have accepted Usman’s challenge. Kawa also added that both welterweight fighters should be coaches for the upcoming edition of The Ultimate Fighter.

Here is what Malki Kawa tweeted out:

Let’s do It. TUF. Masvidal vs usman. We accept.

Prior to UFC 258, UFC President Dana White claimed the promotion is looking to book two welterweight fighters as coaches for The Ultimate Fighter’s upcoming season.

With Usman being the reigning champion at 170, the ideal choice would’ve been to have arch-rivals Colby Covington and Jorge Masvidal cross paths on The Ultimate Fighter, eventually leading to a fight between the pair.

Kamaru Usman and Jorge Masvidal faced each other at UFC 251. Usman was initially set to defend his title against Gilbert Burns on that pay-per-view. But with Durinho forced to withdraw from the fight, Masvidal stepped in on six days’ notice.

The Nigerian Nightmare dominated the reigning BMF champion in their five-round fight and retained his welterweight strap.

Since the loss at UFC 251, Jorge Masvidal is yet to step into the Octagon. Despite talks of a potential fight against his former best friend Covington, Gamebred could end up fighting Usman in a rematch.