Home TechnologyAndroid We asked, you told us: Here’s how you really feel about the Galaxy S21 series

We asked, you told us: Here’s how you really feel about the Galaxy S21 series 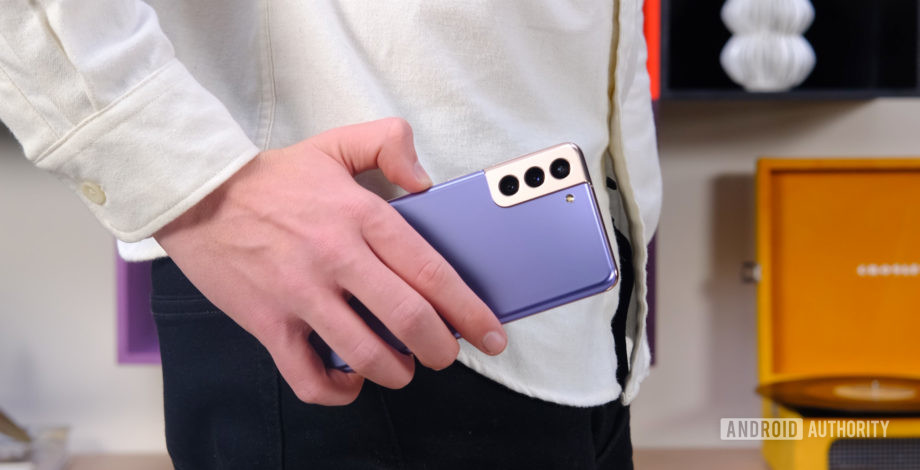 Samsung’s Galaxy S series usually sets the tone for Android flagships that launch in any given year. This year, the company put its best foot forward in the form of the Galaxy S21, S21 Plus, and S21 Ultra.

The new Galaxies pleasantly surprised us with lower price tags. Premium hardware is a given as always, although we’re still in the process of testing how well it all comes together.

Unfortunately, the series makes some cutbacks by way of no expandable storage, lower screen resolution (on the S21 and S21 Plus), and thinner packaging sans any charger or earphones in the box.

So while we work on our review of the Galaxy S21 phones, we asked you to tell us what you think of them purely on the basis of what you’ve seen till now. Hot or not? Here’s how you voted regarding the Galaxy S21 series.

Our Samsung Galaxy S21 Hot or Not poll ran across the Android Authority website, YouTube channel, and Twitter account. With almost 32,000 votes, the results are almost split in the middle, but the naysayers have a slight majority.

A total of 51.7% of the respondents in our poll voted that the Samsung Galaxy S21 series is not hot. Meanwhile, 48.2% said that it’s sizzling.

The thin divide shows that a lot of you are still on the fence when it comes to the new Samsung flagships. Maybe you’re waiting for full-fledged reviews of the phones to pop up, but the initial sentiment is not one of absolute confidence in the new series.

Jimi Mack: No SD card support no sale for me. I am getting tired of giving up options and get nothing in return for the sacrifice.

Giles Peach: I quite like the regular S21. Speed, waterproof, flat-screen, decent battery size, 3 solid cameras (I hope), and a smallish form factor. The matte black also looks rather sexy.

DBS: The only way plastic phones, with no expandable storage, no headphone jack, oversized low-resolution displays, no charger, holes right in the middle of the screen, and the same old 12mp approach to cameras, are hot is in the context of a dumpster fire. Which is what Samsung flagships have become since the original S10 trio. It has been downhill from thereon.

AnySmarterIdRunLinux: Lack of an SD card is an absolute deal-breaker. Kind of wish I had purchased the FE on black Friday from best buy. But the lack of a 3.5mm jack stopped me.

fayth: I don’t get it, phones have less and less features every year, my s10E has a headphone jack and SD card slot… why would I even consider buying a new phone? The only (probably) meaningful upgrade in the past years is a faster refresh rate and maybe the camera but phone cameras will always be mediocre at best anyway.

@Edu_Alvarez1188: A lot of things were taken out but they’re still pretty good. Still would prefer if they kept the things instead.

@Adam_Beltran88: I chose hot. BUT! What killed this phone was the lack of an SD Card slot… so I’m not getting this phone.

@BigBoiMoisty: Honestly, I’m only feeling the Ultra is hot. The rest could’ve been better if they didn’t get rid of a lot of things.