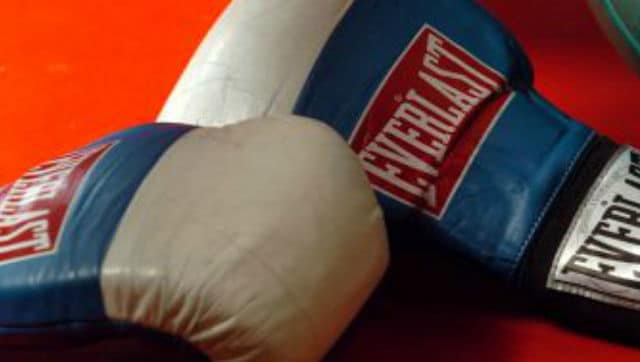 Kremlev, who took charge in December last year, also said that AIBA’s relationship with India has mended after the bitter row over payment of pending dues by BFI was resolved.

New Delhi: The International Boxing Association (AIBA) president Umar Kremlev on Monday told PTI that the world body will send an observer for the Boxing Federation of India’s presidential elections on 3 February, a request that came from the BFI itself to ensure “free and fair polls”.

In an e-mail interview, Kremlev, who took charge in December last year, also said that AIBA’s relationship with India has mended after the bitter row over payment of pending dues by BFI was resolved.

“We have excellent relations with all our National Federations, including India. The issue of all payments for the World Championships was resolved and finally closed,” Kremlev said.

“We will certainly send a competent observer from AIBA to the presidential elections in the Boxing Federation of India. Our task is to ensure complete transparency and democracy in each National Federation,” he added.

The election observer, according to a BFI source, is expected to arrive either tomorrow or on the day of polls and a negative COVID-19 test report would be enough to ensure the person’s presence during the proceedings on Wednesday.

The 39-year-old Kremlev, who was an office-bearer in the Russian Boxing Federation earlier, also spoke about the massive challenge of bringing AIBA back into the International Olympic Committee’s fold.

The IOC had suspended AIBA in 2019, alleging mismanagement in governance and Kremlev is aiming to change that during his tenure.

“Of course, this is a very ambitious task, however, I became the AIBA President to complete it, to put things in order, and return AIBA to the Olympic Family.

“I have no personal ambitions; my goal is to ensure the well-being of athletes and coaches. Only united, together with our National Federations, can we regain the trust of the IOC,” he asserted.

And in pursuit of this goal, Kremlev expects India to have a key role.

“India is undoubtedly a very important country on the boxing map with rich traditions and strong boxers. I will be glad to personally visit India on one of my official trips, to communicate with the leadership and athletes.

“I am confident that India will make a great contribution to our joint work to restore the reputation of AIBA,” he said.

Apart from this, Kremlev, like all other sports administrators across the world, is assessing the impact of COVID-19 and promised dynamic measures to ensure that boxing events are conducted safely. Competitions have resumed in many parts of the world and Indians too competed in December last year at a tournament in Germany.

“We will have the most advanced measures to protect the health of our athletes, coaches, and R&Js (referees and judges), as well as spectators, as this is our priority.

“We will develop an effective programme in collaboration with leading health care professionals. As for the number of spectators, we will be guided by the recommendations of doctors and governments of the countries in which the tournaments will be held,” he said.

Kremlev said he is hopeful that the Tokyo Olympics, postponed to this year because of the pandemic, can go ahead despite the many apprehensions but felt priority should be the well being of those competing.

“I believe that all major competitions must, first of all, ensure the safety of athletes, coaches, and fans. Based on this, the organizers have to make a wise decision.

“I do not doubt that even in the current conditions of the pandemic, it is possible to hold tournaments at the highest level,” he said.

“I am confident that boxing should remain an irreplaceable part of the Olympic movement, even in the case of a cut-down version of the Games.”

Another issue that Kremlev believes needs to be addressed thoroughly is the quality of AIBA”s referees and judges.

The officials became a major talking point after controversies over results during the 2016 Rio Olympics.

“Of course, the question of R&Js qualifications remains one of the key issues for us. It is important for us that there are as few mistakes as possible and as much trust as possible in the referees and judges as professionals in their field.

“To this end, we are launching training courses for R&Js, officials, coaches, cutmen, and ringside doctors. We will have boxing academies built on every continent, which will become major centres for the training of specialists.

“…we will also conduct training courses in different countries, allowing specialists from all over the world to improve their qualifications.”