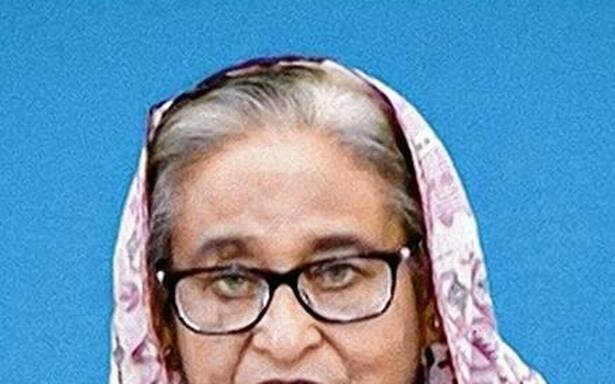 Bangladesh marked 49th anniversary of the victory in the Liberation War on Tuesday with official events in its diplomatic missions in various countries. Prime Minister Sheikh Hasina greeted veteran freedom fighters in Dhaka, and said Bangladesh would not allow communalisation of politics.

The Victory Day was marked across the country as well as in the diplomatic missions of Bangladesh in multiple countries. In the Bangladesh High Commission here, High Commissioner Muhammad Imran led the celebration and paid tributes to the sacrifices made by millions of people during the nine-month-long Liberation War in 1971, which culminated in the birth of Bangladesh on December 16. The day was also celebrated in India as Vijay Divas as India paid tributes to the military martyrs in the India-Pakistan war of December 1971.

“We also feel proud that our current leadership has effectively pursued Bangabandhu’s foreign policy of Friendship to All and Malice to None,” said High Commissioner Muhammad Imran as diplomats on both sides prepared for a summit between Prime Ministers of India and Bangladesh, which is expected to take place on Wednesday.

Prime Minister Hasina’s speech comes in the backdrop of growing disagreement between her government and hard line Islamist group Hefazat E Islam, which has been opposing the inauguration of a statue of Sheikh Mujibur Rahman in Dhaka to mark the centenary of his birth. After a meeting with Home Minister Asaduzzaman Khan on Monday, a member of the Islamic group told Dhaka’s Daily Star that they have suggested building of minarets in different parts of Bangladesh in memory of Bangabandhu.

The Islamist organisation has been building pressure on the government of Ms. Hasina over the past few months and has been insisting on following a more Islamic style of government. However, Ms. Hasina said in her speech that the freedom of 1971 was gained “in exchange” of the blood of Muslims, Hindus, Buddhists and Christians and everyone in Bangladesh irrespective of religious identity has a right to practise religion in peace.

“We must not let the non-communal spirit of the Liberation War fade away. My request to the youths and the new generation is that you must not forget the supreme sacrifices of your predecessors. You must not let someone dishonour the red and green flag that they gifted us,” said Prime Minister of Bangladesh.