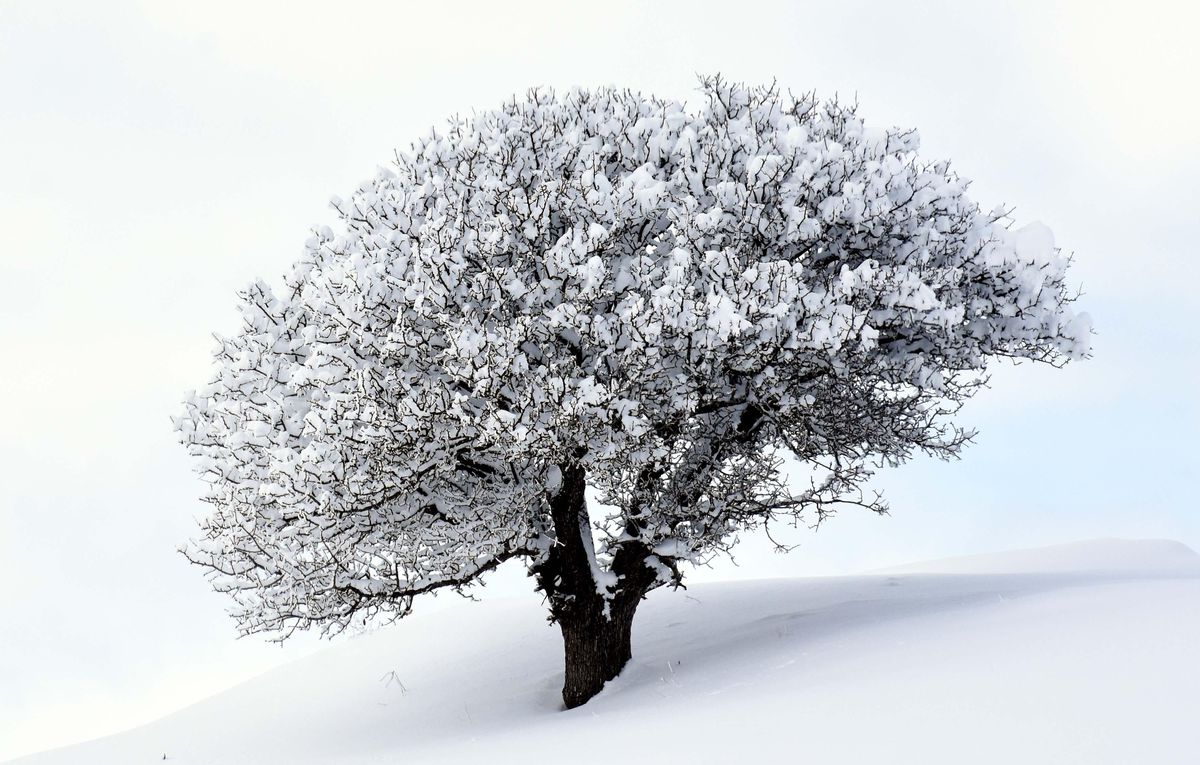 For most of us, January brings us the most extreme winter weather of the season and can bring more than just cold and snow. Winter weather phenomena include a variety of events, from snow squalls, to hoar frost to bomb cyclones and others. These strangely named events often wreak havoc, but also can create some of the most awe-inspiring nature scenery that help us forget how difficult winter can be. Here’s a quick look at five of the most interesting winter weather phenomena and how they’ve impacted us.

Snow squalls are essentially the winters version of a typical summertime afternoon downpour, only they move faster. Just like those summer storms, snow squalls form due to strong temperature contrasts across a relatively small area, as well as situations when air temperatures drop off rapidly with increasing height. When these conditions exist, snow squalls can form and move across the same area over and over, making the impact even worse. If you have never heard of snow squall warnings before that is because the National Weather Service only started issuing them nationwide last year.

The biggest risk for snow squalls is dangerous road conditions, mainly due to the rapid onset of these events. Roads can become slick as the snow rapidly accumulates; coupled with winds more than 50 mph, visibilities can drop to near zero, causing very hazardous travel conditions. Iowa saw an unusual, early season snow squall last October, and earlier this month, the Pittsburgh area had to contend with snow squalls and the potential traffic disruptions.

The name originates from Old English where hoar is defined as “showing signs of old age” and this weather phenomena makes trees look like they have a white beard because of the frost’s hairy appearance. Hoar frost forms on calm, clear nights, ice crystals can attach to grass, leaves, and branches. As the surface of a snowfield rapidly cools, the interior ends up warmer than the exterior. This heat will radiate out along with humidity from melting snow, and the moisture then contributes to the growth of the frost. As pretty as it is, surface hoar frost can lead to a higher avalanche risk. When fresh snow falls on a layer of these fragile crystals it is unable to form a bond and slippage of the top layer becomes more likely, as it did in a deadly Washington State avalanche last winter.

Bombogenesis is a weather phenomenon that occurs when the barometric pressure drops at least 24 millibars in 24 hours. This leads to the formation of a rapidly strengthening weather system, which creates what is known as a bomb cyclone. Basically, the lower the pressure goes, the more powerful the storm. The moniker, bomb cyclone, has been used for more than 80 years and was formalized in 1980 with the publishing of an article in the American Meteorological Society’s Monthly Weather Review. In the article they called it a bomb because it develops “with a ferocity we rarely, if ever, see over land.” This season, the most significant bomb cyclone we’ve seen in the U.S. was a record-setting event that hit Alaska’s Aleutian Islands. The storm brought 50-foot waves and winds over 100 mph and the atmospheric pressure broke the previous record set in 1977 with a drop of 51 millibars.

Austin, Texas recently saw thundersnow, which is a relatively unusual winter occurrence, where thunder and lightning occur during a snowstorm.  Because cold air has less instability and energy than warm air, thundersnow can happen when strong instability and abundant moisture are in place above the surface. In Texas last week, the ingredients for thundersnow were similar to a thunderstorm that forms in the summertime: warm, moist air rising toward a colder air mass above, creating instability. Although the lower air mass has to be warmer than the air above, the entire column has to be cold enough for snow to fall and reach the ground, and when this occurs very heavy bursts of snow like this are possible.

A stunning event on bright, cold days, sun dogs are colored spots of light that occur as a result of the refraction of light through ice crystals. Sun dogs appear approximately 22 degrees from the sun, on either the left or right, depending on where the ice crystals are present. The name, which has been used since the 1600s, is said to originate from Greek mythology. The myth says that Zeus would walk his dogs across the sky and the bright “false suns” in the sky on flanking the sun were Zeus’ dogs. A favorite subject of photographers, you’ll find many sun dog photos shared, as they were recently during a Toronto newscast.

Sometimes it is nice to step back and take a look at the wonderful and weird weather phenomena we experience. While some of it can be concerning from a safety perspective, there are other events that bring about a real sense of wonder and awe.

Weird Weather Phenomena To Look Out For This Winter

X
You Can ‘Fernish’ Your Home And Support Sustainability, Company Says…ScienceA summary of the startup's 2020 sustainability highlights Fernish The folks at a rental service company called Fernish are out with some sustainabilit…
close