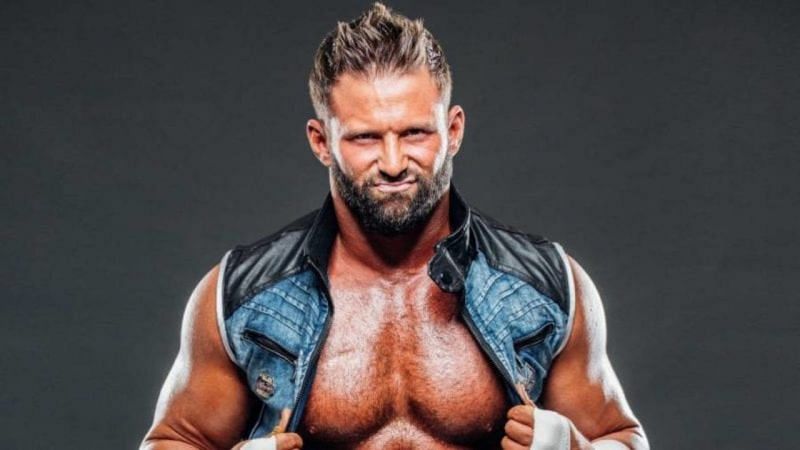 The last year has been an interesting one for IMPACT Wrestling’s Matt Cardona. The man formally known as WWE Superstar Zack Ryder has seen his ups and downs.

They range from his WWE release to his arrival in AEW, which also led to a mysterious departure after their All Out pay-per-view without rhyme or reason.

Earlier this month, at IMPACT Wrestling’s first pay-per-view of the year, Hard To Kill, Cardona made his debut in a surprise matchup with Ace Austin.

Cardona won the matchup via disqualification after interference from Madman Fulton, sparking his first feud within the company right off the bat.

So we must ask the question, is Cardona signed with IMPACT Wrestling? While Cardona worked last week’s set of television tapings for the company, he has not signed a contract with the company as of this writing.

Cardona, who spoke with Bill Pritchard of WrestleZone earlier today, confirmed that he’s currently under contract with no one.

“So, I am not under a contract right now. We’re just seeing what happens, but so far, so good. I had a really good time this week. Whether it’s being in the locker room or being in the ring, I just really needed it. I needed to be in the ring—the Major Pod is awesome and it’s a creative outlet for sure—but I need to be designing gear or thinking about things for my matches. Wrestling is my first love and it’s something that I always grew up loving and being obsessed with. I had a pay-per-view debut and I wrestle on IMPACT this week, OK, so now I need more gear because I don’t like wearing the same gear over and over again. I’m already thinking for the future, and IMPACT definitely seems like my future for now.”

Will IMPACT sign Cardona or will he end up somewhere else?

With IMPACT being Cardona’s future “for now,” one has to question when exactly is a company going to put him under a full-time contract?

His WWE run proved when he was given the ball that he could be a valuable commodity for the company. If not for Z! True Long Island Story, YouTube shows like Being The Elite would most likely not exist today.

If certain companies can’t comprehend Cardona’s value, that’s on them. But there has to be one national wrestling company right now smart enough to put pen to paper and sign this man to a long-term deal. Who will that be? Well, we will find out soon enough.

What do you think of Cardona’s situation with IMPACT? Do you think they should sign him to a contract? Or should he go somewhere else? Let us know by sounding off in the comments section below.