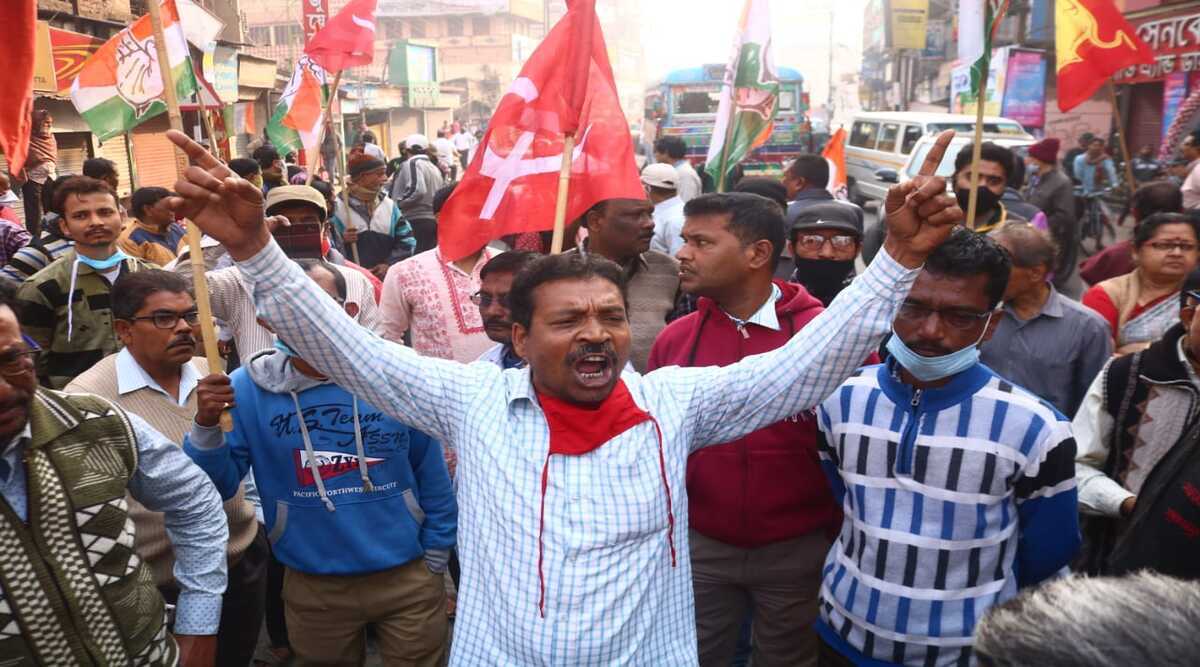 Prostesters clash with police in Kolkata on Thursday. (Express Photo)

Around 150 protesters and 15 policemen were injured after Left and Congress activists were prevented from reaching the Nabanna state secretariat in Howrah, resulting in clashes at several places in Kolkata. The police said 42 protesters were arrested and another 38 hospitalised.

Calling the police action “excessive”, Left Front Chairman Biman Basu, on behalf of the Left and Congress, decided to hold a 12-hour statewide strike on Friday.

Led by youth and student wings of both parties, the march towards Nabanna was aimed to highlight education for all and lack of jobs, and protest the “anti-farmer” stance of the BJP-led Central government.