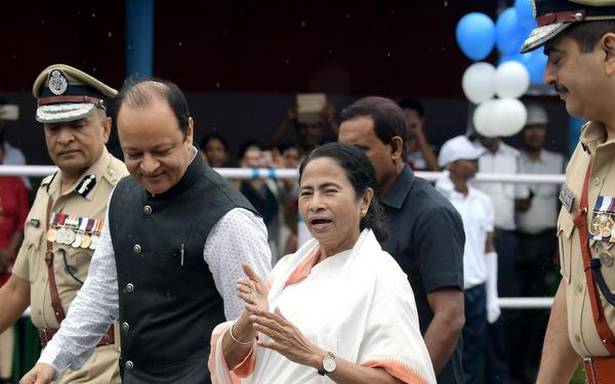 The Ministry of Home Affairs (MHA) on Friday asked the top officers of the West Bengal government to ensure coordination with central agencies for better security arrangements of individuals with central security cover.

The two top officers of the State — Chief Secretary Alapan Bandyopadhyay and Director General of Police Virendra — were asked to appear before Union Home Secretary Ajay Bhalla on Friday days after an attack on the convoy of BJP president J.P Nadda in Diamond Harbour area of West Bengal. Mr. Nadda is protected by the Central Reserve Police Force (CRPF).

After the two officers expressed their inability to travel to Delhi in wake of the COVID-19 pandemic, the meeting was held through video conference. This was the second such letter sent by the MHA asking the State government officials to appear before the Union Home Secretary in Delhi to discuss the law and order situation.

MHA had earlier ordered three senior IPS officers responsible for Mr. Nadda’s security to report for Central deputation. West Bengal Chief Minister Mamata Banerjee had said on Thursday that the orders were a “blatant misuse of emergency provision of IPS Cadre Rule 1954” and that West Bengal was “not going to cow down in front of expansionist and undemocratic force.”

At the virtual meeting, the two officers are said to have asserted the State’s inability to relieve three IPS officers.