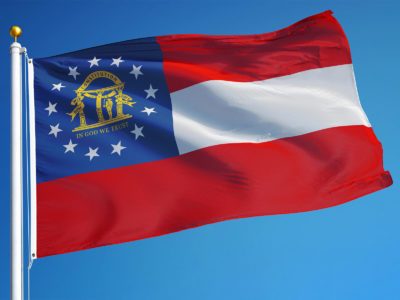 The WGA came out today in opposition to Georgia’s new voter-suppression law, suggesting that the state’s booming film and television industry might suffer if it’s allowed to stand. Supporters of the law say it’s designed to prevent voter fraud.

“The WGA and its members do not decide whether film and TV projects are produced in Georgia,” WGA West president David Goodman and WGA East president Beau Willimon said in a message to their members. “But we do have members who live and work in the state – many of whom are BIPOC (Black, Indigenous and people of color), and who are deeply troubled by the new law and the damage it does to them and to their state. Together we stand in opposition to all efforts to suppress the vote, including this regressive new law. If Georgia wants to benefit from the thousands of good jobs our industry brings to the state, it cannot attack the democratic rights of its own people.”

The new backlash recalls the 2019 outcry when Georgia passed a sweeping anti-abortion law in 2019, triggering a reaction by Hollywood and lawsuits from the ACLU and others. A federal judge blocked the legislation a few months later.

The new law, pushed through Georgia’s Republican-dominated legislature and signed by Gov. Brian Kemp, includes provisions for strict new voter-ID requirements for absentee voters; prohibits election officials from mailing absentee ballot applications to all voters; sharply limits the number of drop boxes for ballots, and makes it illegal to offer food or water to voters waiting in line to vote. President Joe Biden has called it “an atrocity” and “Jim Crow in the 21st century.”

“One of the most precious features of democracy is the right of the people – all the people – to make their voices heard,” the WGA presidents told their members. “The Writers Guild of America exists to ensure that people who craft stories for a living have a voice in decisions affecting their careers – how their work is valued, how the industry’s constant changes affect their ability to make a living doing the work they love.

“An even more fundamental aspect to ensuring that people’s voices are heard is the right to vote. The right to cast a ballot for the representatives who run the government and make the laws. The right to cast a ballot without restrictions based on income or geography or party or race. We should not be naïve: Georgia politics, for many years, have been a battleground in the struggle to overcome the legacy of slavery and Jim Crow and structural racism. This week Georgia took a giant leap backwards in that struggle.

“The fight to ensure that everyone can vote affects us all. Depriving one person of the ability to vote deprives all of us of true, representative democracy. Our government is better when it is shaped by all of the people, not just some of us. The voter suppression bill rushed through the Georgia legislature and hurriedly signed by the Governor does violence to these basic principles of democracy, and it cannot stand.”