Home Science What Happens After We Reach Herd Immunity?

What Happens After We Reach Herd Immunity? 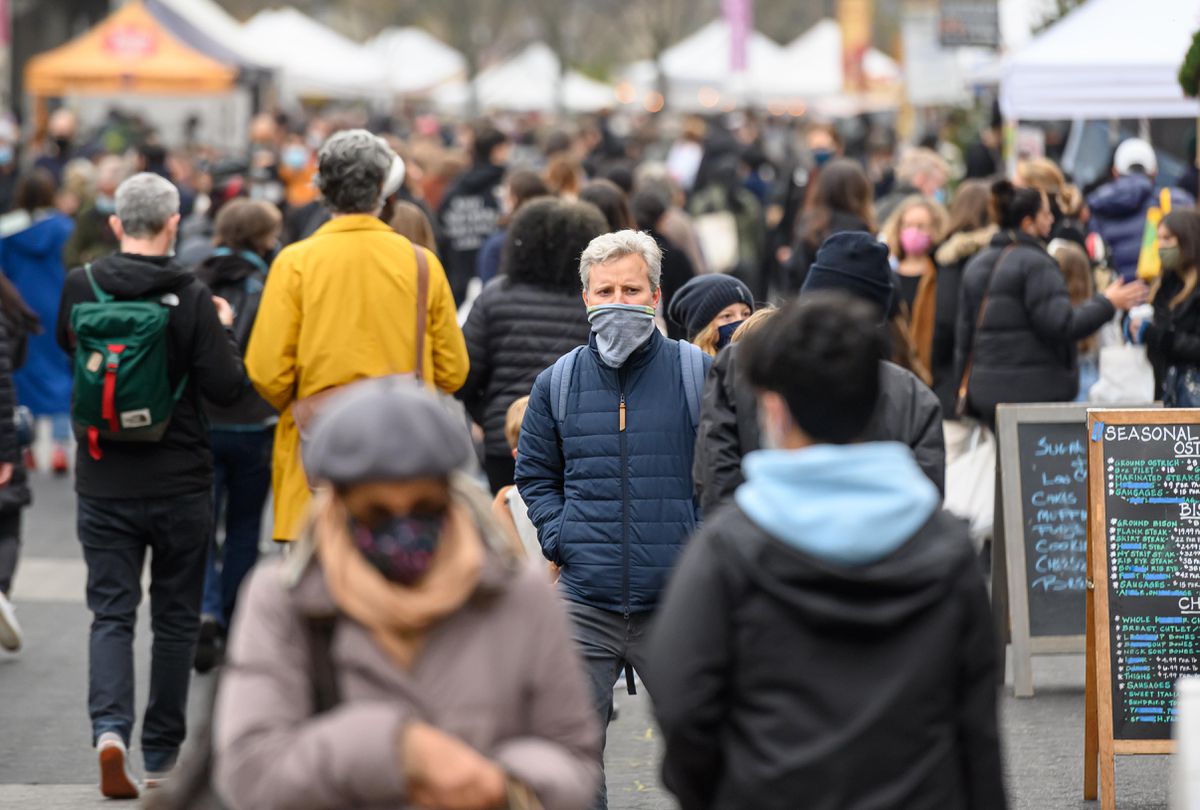 Now that vaccines for the novel coronavirus SARS-CoV-2 are hitting the streets, a lot of people are wondering what happens next. Particularly, what happens when we reach herd immunity? The short answer: not much.

The basic idea is this. When a new pathogen is introduced to a population, everyone is susceptible. Under this circumstance, the pathogen can spread like wildfire, at a speed that depends on its basic reproduction number. This is what happened over and over again as SARS-CoV-2 was introduced to susceptible populations worldwide last spring.

First, people react protectively. For a novel pathogen — for which vaccines or therapeutics are unavailable — this means adopting non-pharmaceutical interventions like physical distancing (not social distancing) and wearing masks. This is like throwing water on a brush fire. It may not be enough to put the fire out, but it reduces the intensity and slows the spread.

Second, people become infected. For an immunizing pathogen, like SARS-CoV-2, these infected people develop immunity. Also, eventually, vaccines may become part of the equation, as they have recently for SARS-CoV-2. Depending on the pathogen, immunity may last for a number of months or it may be lifelong. For SARS-CoV-2, we really don’t know how long immunity will persist. Some recent good news is that an important part of the long-term immune response — known as memory B cells — appears to be active for at least six months. Immunity to related viruses lasts from a few months to a couple of years.

Now, back to herd immunity. A fully immune person cannot acquire or transmit the pathogen. Transmission occurs when a person who is shedding the virus engages in an “infectious contact” with a person who is susceptible. “Contact” does not necessarily mean physical contact. SARS-CoV-2, for example, can be transmitted by large respiratory droplets in close proximity, by very tiny airborne particles called aerosols which waft through the air on drafts and currents, and even by contaminated surfaces known as fomites. As the number of people in the population who are immune goes up, the number of susceptible people in the population must go down. At some point, there are so few susceptible people in the population that the chance any individual infectious person encounters one becomes vanishingly small. This is like a fire that burns itself out.

As explained in this blog post by Harvard epidemiologist Marc Lipsitch, once a specific fraction of the population is immune, the epidemic must start to subside. Most often, it is this critical fraction that is referred to as “herd immunity” because, if you had this level of immunity in the population and no disease and then introduced the pathogen, it would not be able to cause an epidemic. It would be as if the population, or herd, was itself immune, not just some particular individuals within it.

As explained by Lipsitch, the critical threshold is reached by a population when the average number of new cases that arise from any given infection is exactly one, in the absence of non-pharmaceutical interventions. (I will come back to this qualification in a moment.)

It is self-evident that what happens next depends on the state of the epidemic at the time herd immunity is reached. If there is one infectious individual in a population at this time, then one “infection generation” later (about a week for SARS-CoV-2) there will again be just one infectious individual in the population, as the first case will have either recovered (most likely) or died (a tragic outcome that is fortunately rare), and in the meantime have given rise to just one secondary case. In the same way, if there are one hundred thousand infectious individuals at the time herd immunity is reached, then a week later there will be a new one hundred thousand cases.

For reference, there were approximately 1.1 million new cases of SARS-CoV-2 infection reported in the US in the last week.

This is why I say that not much happens when we reach herd immunity. Herd immunity is just a temporary stasis. Cases will indeed start to go down, but if we rely on herd immunity for containment it will take a very long time, with another million plus cases in the first week, perhaps one million the next, followed by maybe 950,000 cases, and so on in a sequence that inexorably goes down but does so slower and slower as cases, hospitalizations, deaths and other collateral damage continue to mount.

Fortunately, the epidemic is not taking place “in the absence of non-pharmaceutical interventions”. We don’t have to give up mask-wearing (and other measures) just because vaccines are now coming online. Such protective measures are important for curtailing the epidemic, helping to prevent the “long tail” often seen when epidemics end only by burning themselves out.

Additionally, because we are all engaged in protective behaviors the epidemic will actually peak long before herd immunity is reached. Should the current decline in cases prove to be robust, we should not infer that it is therefore safe to give up these practices. The effective reproduction number reflects both protective behaviors and immunity in the population. It would be a shame to squander the gain that either offers in the ongoing war on Covid-19 because we have prematurely concluded the final outcome based on a single battle. Relaxing our vigilance before herd immunity is actually reached is almost sure to result in a new resurgence of the virus.

This article has been about herd immunity, not vaccines. But, the two are related. Some vaccines induce “protective” immunity in a vaccinated person. Protective immunity means that the vaccinated person cannot be infected. When this happens, vaccination helps us to get to the state of herd immunity faster. It is hoped that our current vaccine programs will do this. However, for SARS-CoV-2, there is an important qualification, which is that we do not yet know the extent to which vaccines confer protective immunity or other transmission-reducing outcomes. The clinical trials that resulted in the approval of these vaccines were only tested against a different standard — preventing symptomatic disease. Since disease and transmission often go together, it is quite likely that our current vaccines are accelerating our race to herd immunity, but it is not guaranteed.

For more information about the history of the idea of herd immunity, I recommend this very knowledgeable review in the academic journal Clinical Infectious Diseases, written by Paul Fine, Ken Eames, and David Heymann.