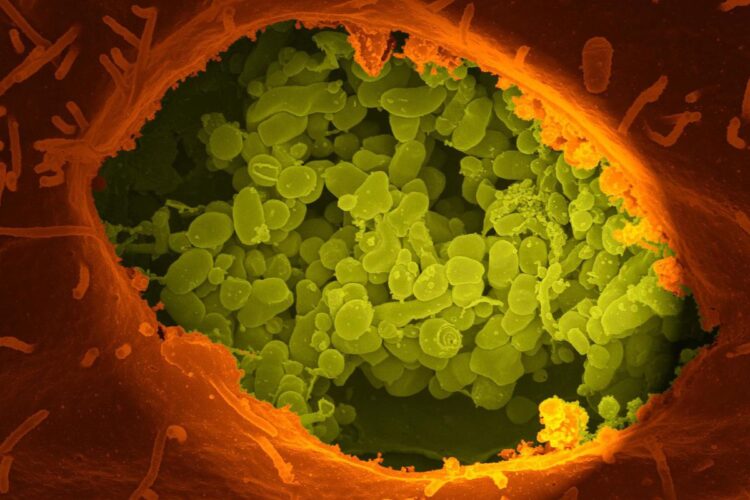 Asking a biologist to define ‘life’ is like looking-up the word ‘definition’ in a dictionary — it’s as if you’re questioning their very existence.

Biologists like myself don’t agree on what life actually is, in no small part because definitions don’t encompass its diversity, especially at the edges.

One of my favorite science writers, Carl Zimmer, has recently published a book entitled Life’s Edge: The Search for What it Means to be Alive, along with an excerpt on the frustrated efforts to develop a universal definition of life.

I’ll discuss the new book below, but given that my article on the challenge of defining life is now two years old, let’s first revisit the fundamental issues.

For centuries, scientists and philosophers have proposed hundreds of definitions of life. None have been widely accepted.

In 2011, biophysicist Edward Trifonov tried to find some consensus among 123 definitions by grouping the words they contained into clusters that had similar meanings. He then combined the most-frequently used word from each cluster to produce a ‘minimal’ definition: Life is self-reproduction with variation.

One criticism of Trifonov’s definition is that it defines life as the outcome of replication and mutation, two processes that create the variety that allows nature to ‘select’ which individuals live long enough to reproduce. It’s therefore missing evolution by natural selection (adaptation or ‘survival of the fittest’) — the process that enables a population of organisms to adapt to an ever-changing environment.

Another problem with the concise, minimal definition is that it’s easy to come up with exceptions. A computer virus can also copy itself and mutate, for example, while some organisms reproduce by making clones that are genetically identical.

Textbooks traditionally describe life using a list with two kinds of essential features (properties): physical characteristics such as cells and DNA — what life has — and processes like growth and reproduction — what life does.

But, as with Trifonov’s definition, the trouble with definitions based on lists is that you can easily think of numerous counter-examples that don’t meet all the so-called essential criteria for life.

Some biologists don’t believe that a virus is alive because it can’t reproduce outside a host cell, for example. My argument against that belief is we accept that a bacterium is alive, but parasitic bacteria such as Coxiella burnetii can’t live independently either — they’re ‘obligate intracellular parasites’.

And that’s just life as we know it, here on Earth. If you’re searching for life on other planets, you have to drop almost every item from a list — including cells and growth — as you obviously can’t see such features from trillions of kilometres (light-years) away.

As a consequence, astrobiologists ignore terrestrial signs of life and instead look for ‘biosignatures’ — objects, substances or patterns that could have been produced by extraterrestrial life-forms. For life that’s even more alien (on our world or elsewhere), you start entering the realm of science-fiction — as in artificial intelligence (AI) in form of characters like Data from Star Trek.

The excerpt from Life’s Edge mentions that asking ‘What is life?’ can be compared to asking another question that’s hard to answer: ‘What are games?’

That comparison is from a philosophical concept devised by Ludwig Wittgenstein, who claimed that some things don’t have a single feature that’s common to all, but overall they share a whole series of features, a ‘family resemblance’.

Inspired by Wittgenstein, a multidisciplinary team at Lund University in Sweden (mostly philosophers, theologians and other non-biologists) compiled a selection of things — everything from animals and plants to viruses and snowflakes — and a list of features associated with living things, such as DNA and metabolism.

The Lund team carried out a survey of scholars, asking the participants to tick boxes on a checklist of (what they considered relevant) features for each thing. The study then used statistical clustering to group ‘families’ of things sharing common features, which grouped mice, birds and other organisms that have a brain together, while brainless plants and bacteria were in a different cluster.

Any decent biologist wouldn’t be surprised by those results, and might add that the approach was naive. The mistake the Lund team made is that most people look at the natural world with a human-obsessed, ‘anthropocentric’ perspective. That explains why the things that most resemble us, with brains, clustered together.

The approach was biased by the initial choice of features. Take the SARS-CoV-2 coronavirus, which has RNA (not DNA) for its genetic material: if viruses could send surveys to one another, the study’s results would have been very different.

Zimmer’s new book also includes a profile of the philosopher Carol Cleland, who has published dozens of papers on detecting or defining life, as well as a 2019 book called The Quest for a Universal Theory of Life.

At one 2001 meeting, Cleland told an audience dominated by scientists that “the whole definition project was worthless.” Zimmer paints her as a lone radical, but Cleland isn’t alone in her opinion that definitions are a waste of time.

In 2011, philosopher Edouard Machery used a Venn diagram of features to identify overlap between a hypothetical evolutionary biologist, an astrobiologist and an AI researcher. Machery concluded that “the project of defining life is either impossible or pointless.”

According to Cleland, “Definitions are not the proper tools for answering the scientific question ‘What is life?'” She specifically says scientific, which I take to mean used in science, as in the working definition that astrobiologists might use so everyone’s on the same page when searching for alien biosignatures.

The scientist in me mostly agrees with Cleland’s philosophical position but, as a science communicator, I think there’s another important factor to consider.

Imagine that a child is just discovering nature and asks their parent or teacher “What is life?” Responding with “Defining life is pointless and worthless” would not only make you kind of an asshole, it might also kill the kid’s curiosity. Better to give a clear statement first then later add caveats to encourage investigation.

While some philosophers don’t want a universal definition and many scientists don’t really need one, there’s a third group of people who do need a definition of life: the general public.

For the public, ‘What is life?’ involves language and the meaning of words — it’s a semantic issue. The sematics aren’t trivial either.

The definitions in dictionaries are always wrong because they send people round in circles. A dictionary will use words like ‘organisms’, so the statement’s logic is circular (a tautology) because it uses an example of life to define life… which is ridiculous.

The public needs a folk definition, one that’s mostly right and makes intuitive sense without the logical circularity found in dictionaries.

I’d love to see a linguist produce a sentence that works. Until then, I’d humbly suggest you use my definition: Life is an entity with the ability to adapt to its environment.

If you think you have a better one, direct it to me on Twitter (@jvchamary). Just don’t ask me for a biologist’s definition.