Home General What it feels like to get the vaccine. 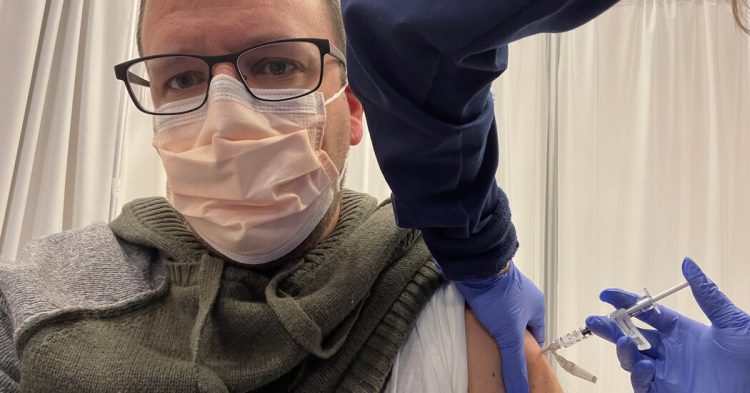 As tens of millions of Americans await their turn for a shot, many are hungering for details about what to expect. Some who have been part of the biggest vaccination program in U.S. history spoke to The New York Times.

They recounted a wide spectrum of responses, from no reaction at all — “Can’t even tell I had the shot,” said a hospital worker in Iowa City — to symptoms like uncontrolled shivering and “brain fog.” A nurse assistant in Glendora, Calif., wondered whether the fever he ran was a side effect of the vaccine or a sign that he had been infected by one of his patients.

And there was a dizzying variety of sore arms. Some likened the pain to that from a flu shot; for others, it was considerably worse.

Dr. Matthew Harris, 38, an emergency medicine doctor in Great Neck, N.Y., was up all night with a fever, shivering underneath a blanket, after receiving the first shot. He had joint pain in his wrists and shoulders that lasted into the next day.

The next day, he posted about his reaction, with the hashtag #stillworthit. “Everyone has read, ‘This is the light at the end of the tunnel,’” Dr. Harris said in an interview. “But are people going to feel great 100 percent of the time after this vaccine? No. And if we’re not honest with them, how can we expect them to trust us?”

Most vaccine recipients who spoke to The Times for this article stressed that they had no regrets about getting the shot. The Food and Drug Administration has found the vaccines to be safe and remarkably effective. And public health leaders say mass vaccination is the only hope for controlling the virus that is now claiming the lives of close to 3,000 Americans a day.

But in these first weeks of vaccination, there is an inescapable element of suspense.

For infectious disease experts, a nation down for the count with post-vaccine malaise would be the best news in a long time. The side effects dissipate within a few days, and they are a signal, the experts say, that the vaccine is working.