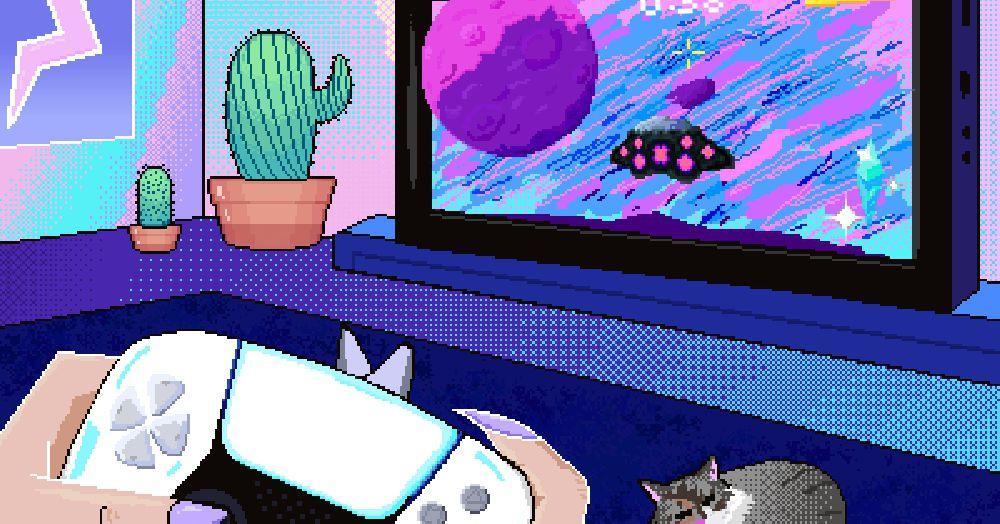 The plan was always that my boyfriend and I were going to move in together. We’ve been dating for four years. I’ve lived alone in a lovely little studio for the past seven; he got his own one-bedroom last August, with the intention that once my lease was up this coming April, I’d pack my bags and join him there full-time.

That plan was accelerated by two things: the coronavirus pandemic, and Persona 5 Royal.

I know about its inscrutability because I have played more than 100 hours of the game in the past month and have managed to sufficiently explain it to exactly zero of my loved ones. My boyfriend left town for a week in late September — our first real time apart since the stay-at-home orders came down in March — and I stayed at his/soon-to-be-our apartment to take care of our cat, Tuesday. Faced with a long week of few things to do and fewer people to talk to (Tuesday, for all that she is an exemplary pet, isn’t much in the way of conversation), I decided to download this game I’d vaguely heard about on his PlayStation 4.

I’ve been playing video games since I was a child; I bought my Switch the week it was released and have a PS4 of my own, in addition to a collection of handheld consoles. I tend to get obsessed with two or three games a year, sinking dozens of hours into one over a short period and then abandoning it for other pursuits: traveling, seeing friends, knitting, reading.

Now, of course, those social activities aren’t available to me, and even the quiet indoor ones aren’t easy for me to mentally access. The way I consume games has become ravenous, all-encompassing, a welcome escape in a moment that offers very few.

As such, by the time my boyfriend returned from his trip, I was hooked on Persona. It became clear I would no longer be spending much time in any apartment (for example: mine) that did not contain access to the game save file on his console. I arranged to give up the lease on my place a few weeks later.

One hundred hours is hardly the most time I’ve spent on a video game this year, particularly since the pandemic descended. I’ve spent around the same amount on Hades, in which you play as the son of the titular character, intent on escaping the underworld. I gave over slightly more time (around 150 hours) to The Legend of Zelda: Breath of the Wild, exploring a pastoral yet post-apocalyptic world and trying to redeem it. It’s nowhere near the 350-plus hours I sank into decorating my island in Animal Crossing, nor does it come close to the 400 and change I devoted to Fire Emblem: Three Houses, yet another intricate, bizarre, and lightly horny strategy game whose plot is absolutely futile to explain.

All told, including the swaths of time when I fiddled around with smaller, shorter games, I spent about 1,200 hours this way over the course of 2020. (Somewhat more than Jeremy Gordon’s 800-plus hours last year, which he wrote about for The Outline and which I can only imagine has ballooned in the intervening 12 months.) This is the equivalent of 50 days. It is, abstractly, embarrassing, given that video games are even now often dismissed out of hand as a waste of time, the purview of Mountain Dew-swilling teenagers crouching in crusty basements. It’s especially so if you regard this as a period where you should really be writing King Lear or whatever.

I am not one of those people and don’t actually know anyone who is using this time this way, but I do still have flashes of …. what? Not quite guilt, certainly not shame, but maybe the sense that if I were a two or three dial turns better version of myself, I’d at least want to devote my time elsewhere right now. I’ve been knitting since before I could read and up until now loved both activities unreservedly; this year, I found it hard to eke out the sleeves of a single sweater, and have watched as my digital library holds evaporate one by one into the ether as if they had nothing to do with me. Writing for any purpose besides my job is out of the question, and once the choir practices I attended weekly for eight years shifted to Zoom, I made it to two or three rehearsals before dropping off entirely.

I am, obviously, describing depression, for which I am medicated and therapized and with which I have it far easier than probably the bulk of the world’s population right now. Still, it’s been alarming to look at my own stats — my pile of unknit yarn, my stack of unread books — and see the uniform and precipitous drop-offs.

Video games give me a road map, a set of guidelines, a series of tasks I know I can complete even when the dishes in the real-life sink are stacked precariously high. Katie Heaney wrote an excellent piece about this very phenomenon for The Cut, called, aptly, “Video Games Are a To-Do List You Play.” She spoke with a lecturer on computer science at the University of Glasgow, Matthew Barr, writing, “Because these tasks are low stakes (i.e., imaginary), they provide a hit of accomplishment without the same level of anxiety or stress that real-life tasks can induce. ‘The stakes are lowered, but it still taps into that part of the brain where it feels like you’re getting stuff done,’ explains Barr. ‘You feel like you’re in control.’”

I am someone who has always loved structure. I plot every aspect of my day, from work meetings to catch-up chats with friends, on my Google Calendar. I do it, I think, because of what I sometimes privately call the vending machine principle: the idea that if you do X thing, if you put in Y amount of time and effort, you will achieve Z results, in some cosmically fair and even-handed way. It’s so patently not how the world, with its inequities and randomness and hard edges, actually works. This desire, this organizing principle, is far more embarrassing than my months spent playing video games, and I think that is partly why I turn to them in times when I feel irrevocably unmoored from cause and effect.

I am not the only person to devote myself to video games in the pandemic, or before it — more than 164 million Americans played one in 2018, according to a 2019 report by the Entertainment Software Association, and total US sales exceeded $43.4 billion. That rolls together phone, computer, and console games, and encompasses casual and serious gamers alike across gender and demographic lines. Data isn’t fully available yet for the current moment, but the uptick in new gamers since March has been, at least anecdotally, marked. As a newish gamer told Luke Winkie in a piece for Polygon, “Gaming feels like a much more satisfying use of time than it used to.”

Because what even is time right now? How are we even supposed to be using it? Each hour, day, week, and month passes in horrible dollops, somehow both too quickly to get much of anything done and too slowly to ever arrive at a sense of completion. The games I’ve turned to this year, by contrast, all regard time differently: In Hades, for example, you are quite literally trapped in an eternal cycle, equal parts urgent and carefree, with no sense of when a day ends or begins. Animal Crossing operates in real time, on a real seasonal calendar, with particular actions and gameplay available depending on when you log on.

Persona 5 Royal regards time in a way that’s not so far from our current reality, in which every day feels somehow too short to get everything done. The game operates on a monthly calendar; because you are a high schooler and a metaphysical vigilante, you still mostly have to go to school on weekdays, and the game allows you to decide how to spend your time after school and during days off. You can choose friends and acquaintances with whom to deepen your bonds, and which activities to undertake. It is seemingly impossible, without the help of a wildly in-depth strategy guide, to optimize all these relationships in the time allotted, and so each “day” (which can take anywhere from a few minutes to a few hours to complete in real time) is an exercise in choice, in what to prioritize and what to neglect.

You might think this would cut far too close to the bone, but there’s something cathartic about getting to playact one of the aspects of my life that is giving me so much existential trouble. It is almost akin to exposure therapy. It allows me to experience time in ways that I’m unable to in this current morass, as something stable and legible. At its best, this sort of gameplay oils up the parts of my brain that are currently so rusted over, making it that much easier to complete my IRL chores or text back a friend in a timely manner instead of stewing in the not-doing-ness of it all. At its (or, rather, my) worst, I can always turn off the PlayStation.

Important as Persona and its ilk are to me, I am, of course, being a little facetious about the whole video-games-are-the-reason-I’m-moving-in-with-my-boyfriend thing. I wanted to for a very long time even before the pandemic. After its onset, the days and nights I spent working and sleeping in my solo apartment — time that used to be so precious to me, to the point where it was one of the main reasons we held off on cohabitation — hardened into something tinged with dread, mingling with my garden-variety depression and my fear about the future in a way that quickly became unsustainable. I stayed up many nights until 3 or 4, playing Fire Emblem or Animal Crossing until it felt sickly, like when you look down and realize you’ve eaten an entire box of Oreos despite not really tasting them beyond the first bite.

Now, we have our little life. We keep a light schedule, coordinating Zoom calls and litterbox scooping and who gets to use the PlayStation when. Sometimes my boyfriend takes over the TV for hours, playing a battle royale game with his friends; they’re admittedly not very good and mostly use the time to catch up over voice chat, unsure when they’ll next be able to see each other somewhere that’s not a steampunk-inflected virtual battlefield. And sometimes it is my turn to curl up on the couch with the cat and the person who has chosen to ride out this teleological nightmare of a time with me, and fight my way through yet another mind palace.

It is not a big deal, my boyfriend has assured me, to speed up the timing of our plans; that is a concept I’m still getting used to.

Alanna Okun is a deputy editor at The Goods as well as the author of The Curse of the Boyfriend Sweater (2018) and Knit a Hat (2020).