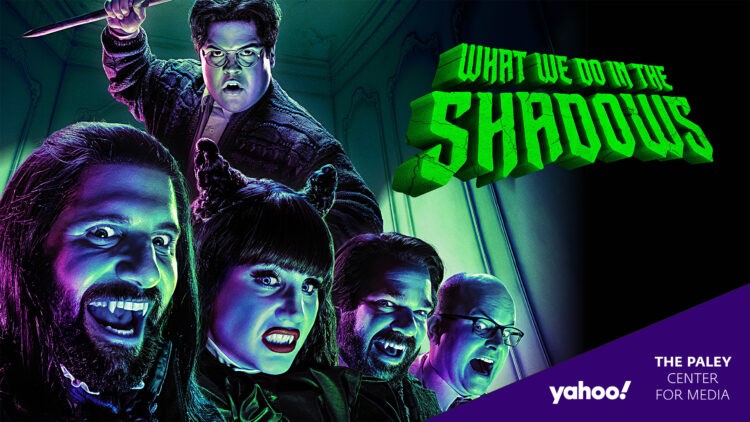 PaleyFest LA 2021 sponsored by Citi and Verizon. Stars and creatives of FX’s What We Do in the Shadows (Paul Simms, Stefani Robinson, Kayvan Novak, Matt Berry, Natasia Demetriou, Harvey Guillén, and Mark Proksch) gather with moderator Kyle Newacheck at PaleyFest LA 2021 to celebrate their show. Topics include: how the well-regarded first season blossomed into the universally acclaimed second season; creator Jemaine Clement’s insistence on shooting the show strictly like a documentary; what inspired Novak to come up with an otherworldly Polish accent for Nandor; Guillén’s (Guillermo) delight at being a symbol of pride and inspiration for the LGBTQ+ and Latinx communities; Demetriou’s reaction to winning a best actress award as the volatile Nadja at the Critics’ Choice Super Awards; and the cast and crew’s less-than-enthusiastic reaction to the vampire-themed “Twilight” novels and films.