Home General What’s the point of an office holiday party?

What’s the point of an office holiday party? 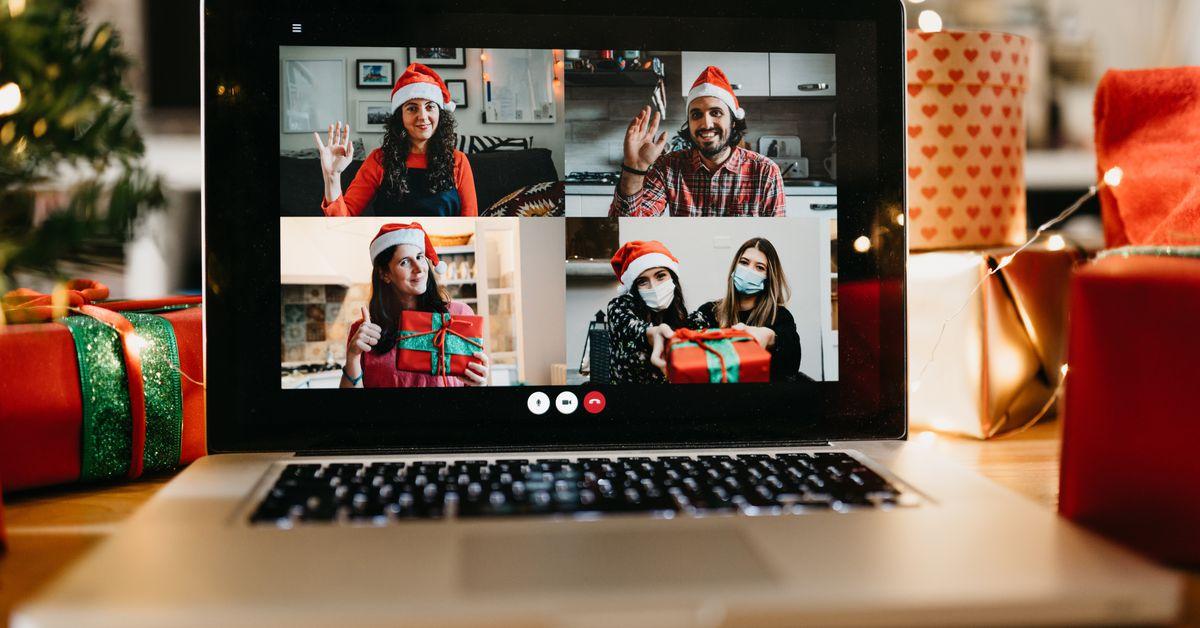 I’ve become nostalgic about last year’s office holiday party, as one does in 2020. It was lightly snowing that night, and I was on the deck of some Manhattan rooftop, surrounded by clear plastic igloos that have become hot commodities in pandemic times. Donald Trump was being impeached by the House of Representatives, and my colleagues from Vox Media’s New York office were singing off-key karaoke downstairs — and I sometimes wish I had joined them.

For better or worse, the coronavirus has changed the nature of office work, and for many white-collar employees like me, it has been months since they’ve last shared a physical workspace with colleagues. Holiday party season has rolled around again, but the concept of an office gathering carries some uneasy weight, especially for cash-strapped businesses that have had to lay off workers. The unprecedented nature of the pandemic has prompted companies to rethink the social obligations tied up in the office holiday party — who these events are for, what purpose they serve in American work culture, and whether it’s even necessary to pivot to virtual.

According to an American survey of almost 200 human resources representatives, just 23 percent of companies are planning a year-end celebration. And of those celebrations, nearly three-quarters will be held online. This is a staggering decline from last year’s survey, also released by the executive coaching firm Challenger, Gray & Christmas, in which 76 percent of respondents announced plans to host a holiday party.

In separate polling conducted by Vox and Data for Progress, 26 percent of the 1,136 respondents said they were planning to host a holiday party with attendees outside of their immediate household. Meanwhile, only 10 percent said their workplace was hosting some sort of year-end event — with 70 percent of those planning to attend. Nearly half of respondents said they aren’t currently working.

From a human resources perspective, holiday parties are not just an important aspect of employee appreciation, but a means to foster a friendly work environment by bringing together workers from across the company. This year, bringing people together — safely, at least — doesn’t feel so together. Some companies are keeping it simple by focusing on virtual entertainment, while others are diverting extra budget money to charity. What was once a festive occasion for company bonding or, in some cases, financial stunting has little value in a world where workplace interactions have transitioned online.

For years, Silicon Valley has developed a reputation for hosting ostentatious parties, with some spending millions of dollars on expensive employee gifts, free booze, and winter decor. Wall Street, too, has started splurging again on luxury venues and holiday-themed frivolities since the 2008 financial crisis, when corporate spending dipped. (Wall Street’s holiday party spending is still down, though, compared to pre-Great Recession levels.) And this year, even some finance and law firms are scaling back and settling on cheaper remote alternatives, Business Insider reported. For example, Morgan Stanley is hosting a virtual benefit show to raise money for children’s hospitals, while PayPal’s global event is a 29-hour online “party” employees can tune in to.

But these year-end corporate events naturally vary by size and grandeur depending on a company’s finances. Many Americans are employed by smaller businesses, in which intimate holiday gatherings are a crucial part of building camaraderie despite the potential for awkwardness to emerge from a night of casual drinking. These companies don’t usually outsource their holiday planning process, relying instead on workers to coordinate the event schedule.

Alex Long, a program associate at the Wilson Center, a DC-based think tank, traditionally plays host for the center’s various end-of-year events, from its Halloween bake-off to its Christmas party. This year’s party was hosted over Zoom and Long improvised as Santa Claus, taking questions from employees’ kids. “To be honest, it was really cute,” Long told me over Twitter. “I think while the virtual holiday party is hard to pull off without it feeling stale or forced, having something or someone for people to laugh at rather than forcing any conversation felt sweet to be able to provide.”

Even though the Zoom party was only an hour long, Long felt there was an added layer of responsibility to keep the audience entertained. “We run a relatively small operation, about 100 to 150 employees, so the familiarity with each other helps take some of that pressure off,” he added. Without the ability to mingle in person, however, the entertainment factor becomes much more crucial.

For Finn Partners, a marketing and communications firm, employees could choose to participate in one of three virtual party options: trivia, a murder mystery game, or a sip-and-sketch art class. The firm’s New York office usually throws a traditional holiday bash with food, drinks, and a DJ, but this year’s change was a pleasant surprise, according to one employee. They were able to select food items for delivery, and for the murder mystery game, the company hired eight actors to play out scenes while employees were tasked with determining the killer.

Yet there is a subset of workers who believe the coronavirus should spell the end of the office holiday party. This might sound Grinchian, but some argue that employees can be better appreciated through holiday benefits or time off, not through raffles or corporate merchandise. The Harvard Business Review published a story in 2014 that urged companies to rethink the purpose of holiday parties. It cited studies that suggest these corporate-funded events aren’t accomplishing much at all: People don’t mingle with strangers, and there’s added risk of bad behavior, especially when alcohol is offered.

“I would so much rather get off work an hour early, but instead we’re going to be staring at frozen screens with BYOB drinks pretending it isn’t grim,” said Zelda, an employee at a tech startup based in New York. “You’re expected to go party hard and then still roll online and finish up work.” Zelda attributed the “work hard, party hard” mentality to startup culture. And while attendance isn’t mandatory, Zelda felt pressure to attend since she began the job remotely and hasn’t socialized with many colleagues.

Over-the-top celebrations and perks are meant to delight employees, but some are reassessing the ethics of financing such elaborate festivities. Honda Wang, a former employee of a popular coffee roaster company from Philadelphia, told me that corporate employees were, as a whole, treated better than baristas — which was reflected not just in the scale of their holiday parties but also in wages and benefits.

“Baristas also got holiday parties, but as the company grew, the budget didn’t grow with it, so it became more austere as time went on,” said Wang, who graduated from barista into a corporate role. “This is a separate issue, but I believe the money generated [from the team I was on] could have easily gone back into paying baristas a $15 minimum wage.”

“Baristas also got holiday parties, but as the company grew, the budget didn’t grow with it, so it became more austere as time went on”

Wang admitted he enjoyed the perks of working in corporate, beyond the office parties: The company paid for expensive dinners, and managers actively encouraged his team to splurge on clients. Over time, though, he became uneasy at how poorly the baristas were treated as the business expanded. It was “a microcosm of income inequality all within a single coffee company,” Wang concluded.

Wang’s anecdote is reflective of a pervasive labor problem, in which companies favor and court certain types of workers over others. Silicon Valley’s tech behemoths, for example, rely on contract workers to fulfill certain temporary roles. But these white-collar contract workers aren’t able to revel in the many corporate perks dished out by the likes of Google and Facebook.

As KQED reported last April, these contractors don’t work directly for tech companies, and usually earn less than their employee counterparts. Experts, academics, and labor advocates who spoke with the radio station estimated more than 100,000 contractors are working in tech, filling in for both white- and blue-collar roles. Last December, The Verge’s Casey Newton reported that Pinterest slashed contractor pay during the holidays. The company traditionally pays its culinary and maintenance workers during the week off between Christmas and New Year’s. That perk was only extended to full-time employees in 2019 as the company sought to cut costs.

Sure, company budgets are opaque and complex, and the fact that contractors and less skilled employees are poorly treated is more complicated than an indictment of corporate party culture; celebrating workers is not the only outsize cost companies may have on their balance sheet. It does, however, reveal disparities in employee treatment and highlights how a certain type of worker is often prioritized — to the point of excess — over others.

The coronavirus has pulled back the curtain on America’s staggering inequalities: The pandemic is disproportionately affecting low-wage workers in the hospitality, travel, and meatpacking industries, compared to the college-educated professional class. Employees are saying they’d rather receive hazard pay or bonuses for their work than cursory gestures of year-end appreciation. Online, people are urging companies to devote their party budget to local food pantries or charitable causes. The British property firm Landmark Investments, for example, has launched a campaign called Xmas Party Heroes, urging big corporations to pledge their party budgets for charity.

In a year of adapting to the “new normal,” maybe companies should consider shirking tradition when it comes to appreciating employees and building collegial camaraderie. American work culture is evolving, and as the new year approaches, managers and workers should forge an environment that collectively benefits all employees, not just a select few.