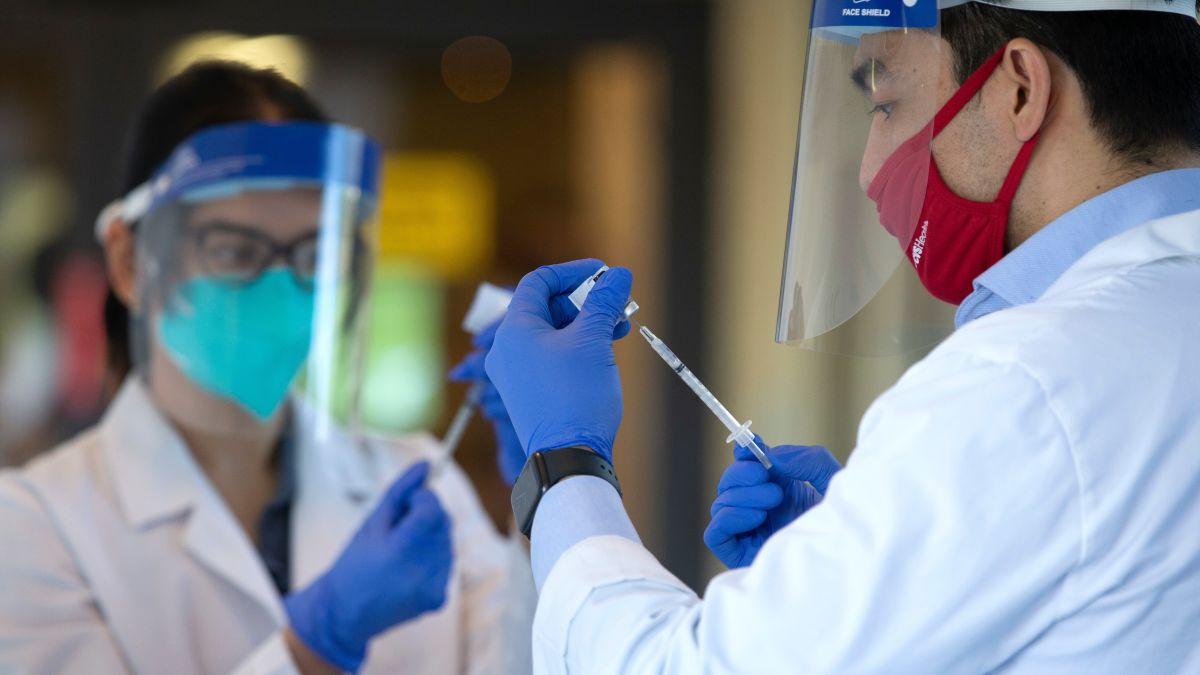 A cursory glance at country-by-country covid-19 vaccinations shows the U.S. well ahead of other countries. But dive a little below the surface and the data tell a different story. While more than 2.1 million people have received their first covid-19 vaccine shot, more than 9.3 million doses lay waiting to be shot into American’s arms, according to numbers from the Centers for Disease Control. At the current rate, the U.S. will take a decade to hit the critical vaccination threshold for us to safely move past this mess.

A vacuum of federal leadership is leaving Americans needlessly exposed to the biggest public health crisis in a century, the effects of which have played out right before our eyes, with 334,000 Americans dead and hospitals so overwhelmed, some are turning away ambulances. With the stakes so high, there is a collective failure to meet the moment rooted in individualistic conservatism. And it’s a warning for what awaits us in the coming decades of the climate crisis unless we act decisively and collectively to stave off ecological collapse.

The vaccine rollout in the U.S. has followed a familiar course in the Trump era of big promises, failure to deliver on them, and then casting the blame elsewhere. The administration promised to vaccinate 20 million Americans by the end of December. We’re a day away from the calendar turning over to January and 20 million doses of the Pfizer/BioNTech and Moderna vaccines approved by the Food and Drug Administration earlier this month aren’t even distributed, let alone close to going into people’s arms.

Despite knowing that, and the prospect of those vaccines being approved, little appears to have been done to set up a realistic vaccine rollout outside setting a big, round number goal. The Republican-controlled Senate didn’t pass a bill to give cash-strapped states the funds to distribute them until late last week. The relief bill includes $8 billion for states to distribute vaccines, money that states have been asking for since October. Nothing stopped the Senate from passing this bill, but Majority Leader Mitch McConnell was more committed to his project of reshaping the judiciary, confirming Amy Coney Barrett to the Supreme Court, and trying to protect corporations from coronavirus lawsuits than delivering needed aid.

The Trump administration has been absent as well. The president’s main contribution so far has been to tweet on Tuesday, “it is up to the states to administer. Get moving!” like some kind of abusive cheerleader. Meanwhile, Operation Warp Speed has moved the goalposts, telling Stat News the plan all along was to distribute 20 million doses by the end of December despite the head of the program previously saying that was the vaccination goal.

Setting up and implementing a vaccine program is no small lift, and it’s fair to expect some stumbles even with months of lead time. It’s not entirely on the federal government, and in the coming months, we’ll surely learn about state failures, to say nothing of the failures of an intensely capitalist society that lets the rich jump the line (something that’s already happening for Moderna’s board members). But the failure of the richest country on Earth to do so and, instead, moving at a vaccination pace that would take 10 years to adequately protect against covid-19 is real failed-state territory.

The Biden administration will have to use all the tools at its disposal to speed up the vaccination rate, cut down on needless lives sacrificed, and reduce the economic harm. President-elect Biden has promised as much, saying he plans to “move heaven and earth to get us going in the right direction.” With the new, more contagious variation of the coronavirus just discovered in Colorado, that effort can’t come soon enough.

The parable of the vaccine—much like the parable of coronavirus testing and prevention before it—is one that exposes the utter failure of the past four-plus decades of accepting the Reagan view of the federal government. A hollowed-out government coupled with a toxic brand of individualism pushed by conservative news from Fox News to OANN to Breitbart has left the U.S. unable to do what it needs to do. If we don’t heed the parable as we move into the decade of the climate crisis, the results will be catastrophic.

An effective national vaccine program requires a high degree of coordination, expertise, money, and strong leadership. But next to an effective national program to decarbonize every sector of the economy, it’s like frying an egg compared to preparing a 24-course molecular gastronomy meal. To fully decarbonize the U.S. at the pace and scale needed to avert catastrophic levels of warming will require every facet of the government pulling together in the same direction along with trillions of dollars in investments for new infrastructure, a just transition for fossil fuel workers, increased public transit, and more. Concurrent with reducing emissions, the U.S. will also have to adapt to the impacts already in the pipeline. This again will require long-term thinking, strong oversight and coordination, and staggering sums of money. (The cost of doing nothing is inordinately higher both in terms of economics and human life, so spare me the bUt HoW wIlL wE pAy FoR iT garbage.)

Most importantly, cleaning up the country’s emissions and protecting its citizens will have to be a sustained effort over multiple decades until the last ton of carbon from hard-to-mitigate sectors like concrete and aviation is abated and the last community on the Navajo Nation is connected to clean power and the economic opportunities of the 21st century. The Biden administration may well start us on this course even without the Senate, but every president and Congress afterward will need to stay that course or risk American—and even global—ruin.

All of this will require us to learn from the failures of the American brand of conservative governance that the pandemic has laid bare. Instead of a government that focuses on the things that actually matter—human well-being, protection from covid-19’s health and economic impacts, rapid vaccinations—we have one that has been shrunken and only cares about protecting corporate profits and members of Congress themselves.

This article is auto-generated by Algorithm Source: earther.gizmodo.com