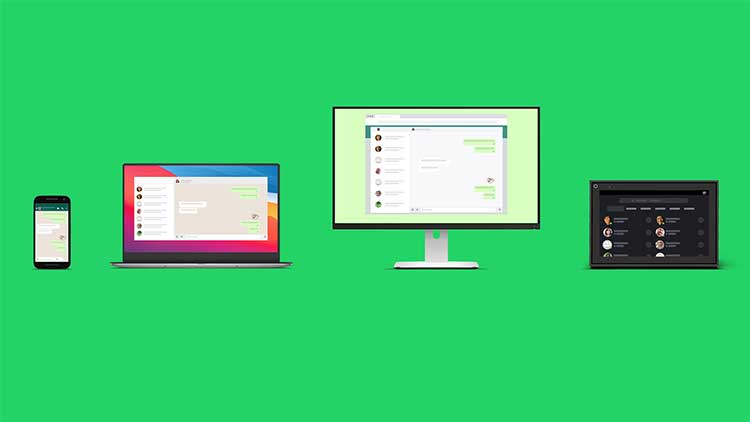 WhatsApp has finally started rolling a new version that brings a number of new features with it. Among other things, it should then be possible to use the messenger on up to four additional so-called companion devices. A closed beta test has now begun.

So, for instance, even if your phone’s battery is dead, you will still be able to access WhatsApp on your laptop using the new multi-device capability. This will also come into the picture if the Internet connection on your phone is unstable but you have a stable network connection to your desktop.

Usually, WhatsApp can only be used on one main device, the smartphone. The messages are received there and are also encrypted and decrypted at this point. Anyone who wants to use the messenger on a Mac or PC, for example, must access the main device via a browser, and the display of the user interface is merely imitated.

All communication takes place via the smartphone and, by the way, also burdens its transmission quota, provided it is not logged into the WLAN. If the smartphone is not available for any reason, messages can no longer be sent via the mirrored companion devices.

WhatsApp has developed a new technology

In the future, even if your phone’s battery is dead, you will still be able to access WhatsApp on your Mac or PC up to four companion devices using the new multi-device capability. For this purpose, the developers have developed a new architecture where the security codes are enhanced and now take into account all device IDs of a user. This way, WhatsApp can verify the authenticity of a sender.

In a blog post, WhatsApp parent Facebook explains how the architecture is built and works. WhatsApp users can also view which Companion Devices are registered to the account and when they were last in use at any time.

To ensure that users have a seamless experience, message history, as well as other application state data (such as contact names, whether a chat is archived, or if a message is starred) are synchronized – individually for each device.

How to become a WhatsApp beta tester

In order to participate in the closed beta, one must not only be an iPhone user but also have the Testflight app installed and sign up for the test from there. Android users can gain access to the beta through a special page on the Play Store.

Be cautious: The beta version can currently only communicate with other users of the same version.

WhatsApp Multi-Device Feature begins rolling out for Beta Testers, works even when Phone is Inactive