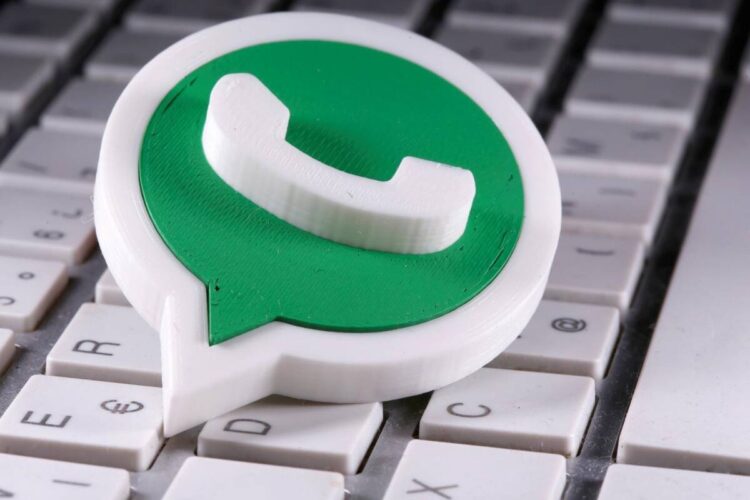 The gap between the top three UPI apps and WhatsApp Pay is quite epic.

It took a good over a two-and-a-half-year period for Facebook-owned WhatsApp to roll out its much talked about payments service in November 2020 from around February 2018 when the messaging giant had started testing the feature. In October 2020, a month before the rollout, WhatsApp Payments or WhatsApp Pay had processed 70,000 UPI transactions amount to Rs 9.32 crore. In its first month (November) of approval from the National Payments Corporation of India, which operates the UPI payments infrastructure, the figures jumped to an impressive 3.1 lakh transactions worth Rs 13.87 crore. However, the growth, in transactions primarily, since its launch till February 2021 arguably hasn’t picked the kind of pace one would have expected from WhatsApp that counts over 500 million users in its biggest market India. As per NPCI data, WhatsApp managed to scale to 5.5 lakh UPI transactions worth Rs 32.41 crore in February.

“The reason is very clear. It is the lack of use cases. Right now, WhatsApp is offering peer-to-peer (P2P) payments. There is no geography where just on the back of P2P payments, digital payments have proliferated. They don’t have those P2M transactions or use cases defined really well,” Arnav Gupta, an analyst at Forrester Research told Financial Express Online.

WhatsApp didn’t reply to an email seeking comments for this story.

While the company has been studying the digital payments market for at least three years, the business side of the platform has been a roadblock for the company as WhatsApp hasn’t been able to further evolve it and connect it back to payments proposition. For example, Gupta said that WhatsApp is only a unilateral channel of communication for enterprises to speak to their customers. For instance, a travel portal can send a customer’s travel tickets and invoice on WhatsApp but he/she cannot talk back to the company while there are very few and limited use cases where there are chatbots set-up. According to Gupta, that is the struggle WhatsApp is going through.

WhatsApp’s viral growth and the kicking off of its networking-effects in the early days was certainly the stuff of legend. However, that has not translated yet in its payments business that has been approached in fits and starts. “WhatsApp’s desire to keep its interface consistent across geographies meant it was unable to create a dedicated payments interface within the app for India despite the exploding UPI market. This means it lags in a market it could have clearly dominated. Even when we look at the data in the past three months, its transactions have fallen in January 2021 from a December 2020 high,” Utkarsh Sinha, Managing Director, Bexley Advisors, a boutique investment bank firm, told Financial Express Online.

Importantly, WhatsApp Pay rollout had coincided with the NPCI announcement in November that third-party applications offering UPI payments service can process a maximum of 30 per cent of the transaction volumes starting January 1, 2021. The decision, according to an NPCI statement, was taken to “address the risks and protect the UPI ecosystem as it further scales up.” Moreover, NPCI had allowed WhatsApp to launch payments service in a graded manner to a maximum of 20 million registered users in UPI.

“Limiting the number of digital payments that could be made via payment apps adversely affected all other wallets, including WhatsApp,” Prabir Chetia, Head – Business Research & Advisory, Aranca told Financial Express Online. Moreover, the entire payment section had a step-by-step launch with no marketing push. “There was no big bang marketing campaign to announce its entry into the payment space. Hence, the awareness regarding this new offering of WhatsApp is very low. Consumers who are tech-savvy and active users of the app may know about it and even use it, but many others still view it as a communication tool,” added Chetia.

The thought perhaps at WhatsApp back in 2017 was about leveraging the customer loyalty for its messaging environment to plug-in the payments service. This would have meant for customers to remain within WhatsApp instead of exiting it and using Paytm, PhonePe, Google Pay, others for transacting online. However, a nearly three-year long period from testing the service to its eventual launch has perhaps impacted its growth. “Had they been able to launch then (in 2018), they would have evolved like others. They have missed the bus by over two years. Having said that, their partnership with Jio could be a potentially viable business model and can create some buzz. But JioMart is not available on WhatsApp in all the cities currently,” said Gupta.

In April 2020, Facebook had picked up a 9.99 per cent stake in Jio Platforms at $5.7 billion. The deal had supporting India’s vast small business base digitally as its key focus. Moreover, Mark Zuckerberg at a company event in December 2020 with Mukesh Ambani had revealed that WhatsApp has 15 million business app users from India. “Jio brings digital connectivity, WhatsApp now with WhatsApp Pay brings digital interactivity, and the ability to move to close transactions and create value, and Jio Mart brings the unmatched online and offline retail opportunity, that gives our small shops which exist in villages and small towns in India, a chance to digitise and be at par with anybody else in the world,” Ambani on his part had said. Jio and WhatsApp have more than 400 million customer base in India.

“WhatsApp has been ironing out its strategy for the space since 2017. But that has led it to concede valuable space to the current incumbents. If WhatsApp was aggressive in payments to start with, a lot of the current competition would have struggled to gain a foothold,” said Sinha.

The gap between the top three UPI apps and WhatsApp Pay is quite epic. “WhatsApp has a huge user base. However, these users are using it as a communication tool. Will they become loyal to its payment solution? I think it is unlikely,” said Chetia. Despite a large user base, those living in Tier-III cities and beyond are less likely to use WhatsApp for payments. That’s also because, unlike its large competitors, WhatsApp doesn’t offer cashback and other add-on services as incentives. “Even if they build out certain use cases, still daily active users on other platforms are far too much. So, I don’t think WhatsApp would be in a leadership position,” said Gupta. However, it might be too early to call any winners in the UPI space. WhatsApp still owns the Bharat behind India, and their entry is a significant tectonic shift that might unlock a lot of disruptive value in the long term. It is precisely because of their scale that this value potential exists.