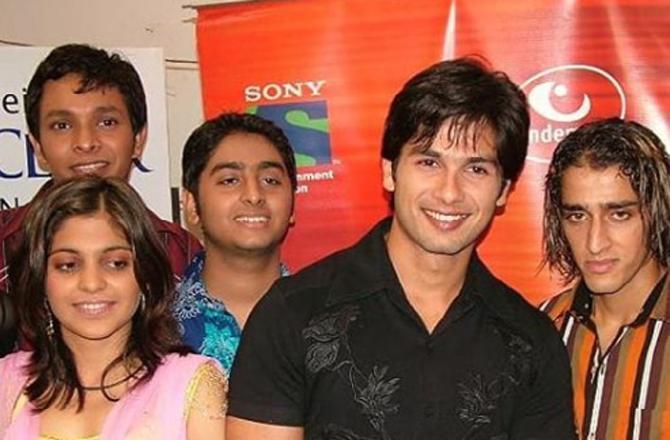 Throwback videos and pictures are always a treat, both for the actors and the fans. And the recent one seems to be no exception. In this picture, we have Arijit Singh posing with Shahid Kapoor on the sets of the singing reality show, Fame Gurukul, along with the other contestants. He can be seen smiling from ear to ear and not being able to contain his excitement.

This picture that has suddenly sent all the fans into the realms of memories and nostalgia was shared by celebrity photographer Viral Bhayani. Have a look at the post right here:

Arijit Singh began his singing career in 2011 with the film Murder 2. He then went on to lend his voice in Anurag Basu’s Barfi. Fame arrived at the doorstep with the blockbuster success of Mohit Suri’s Aashiqui 2 in 2013, and what Aashiqui did to Kumar Sanu in 1990, this musical did the same for Singh. The song Tum Hi Ho became the romantic anthem of that time.

In these last seven years, the singing sensation has sung more than 100 songs in numerous blockbuster films and almost all the songs have been chartbusters. His Channa Mereya from Ae Dil Hai Mushkil is one of the most successful and popular tracks of recent times. Coming to Shahid Kapoor, he began his Bollywood journey with 2003’s Ishq Vishk.

He then went on to do films like Vivah, Jab We Met, Kaminey, R… Rajkumar, Haider, Udta Punjab, Padmaavat, and Kabir Singh. He’s now gearing up for Jersey with Pankaj Kapur and Mrunal Thakur.

Jersey revolves around a father named Arjun (Nani), a talented but failed cricketer, who decides to return to cricket in his late thirties because of his desire to represent the Indian cricket team and fulfil his son’s wish for an Indian jersey as a gift. How he makes it big despite being limited by his age forms the essence of the story.