When Aamir Khan Called Amitabh Bachchan’s Black OTT & Big B Replied, “Maybe The Performances Did Go ‘Over The Top’ Of His Head!” 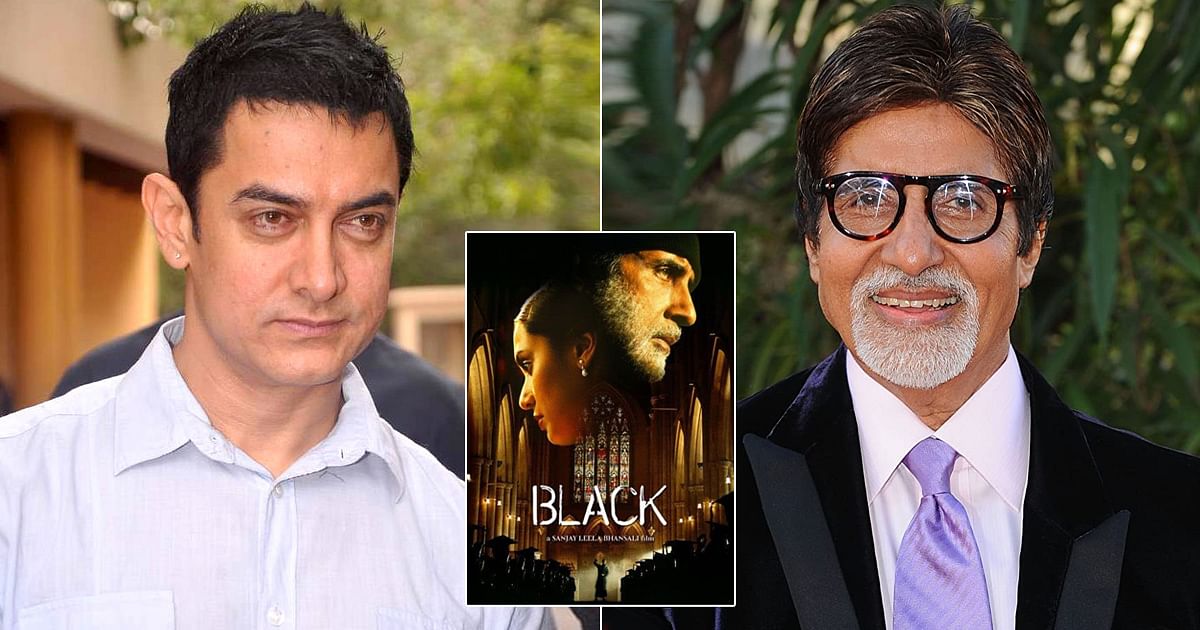 It was back in 2005 when Amitabh Bachchan with Black not just won hearts but also brought himself a National Award. It was the Sanjay Leela Bhansali saga starring Rani Mukerji as a deaf and mute girl inspired by Hellen Keller. There were not many people who weren’t moved by it. One of them was shockingly Bollywood superstar Aamir Khan.

Aamir in his strong stand against the film, called it insensitive and said he cannot imagine the circumstances showed in the film happen in real life. The actor didn’t stop there but went on to calls Big B’s performance over the top. And as expected this did get a reaction from Mr. Bachchan. Read on to know what the two have to say.

It all started when in a blog about Black and Amitabh Bachchan in the film, Aamir Khan wrote, ”My big exception towards Black is the fact that a child with severe difficulties is shown being ill-treated instead of being treated with love, care and understanding. I simply cannot come to terms with that no matter what the writer and director say in defence.”

He added, ”The sensibility wasn’t right for me, I couldn’t make out if they were living in a house or a museum or a library or a church. The performances were over the top. Most importantly, it was about a child who had these problems, an alcoholic person comes and says you have to leave her alone with me for forty days, and he slaps her around.”

It was obvious that Amitabh Bachchan will defend his film as talking to Mid-day he said, ”If Aamir is unhappy with this, let him demonstrate otherwise. I would be keen and anxious to educate myself on any prospective change that he might introduce to cinema. With due respect, all the films that he features in and that I have had the great pleasure in watching, have all adhered to the very qualities that he dislikes in Black. From using the distinct handicap, or to be politically correct, challenged condition, of a crippled human in his cricket team in Lagaan, to the ‘sensitivities’ of a blind girl in Fanaa.”

Taking a dig at Aamir Khan’s remark, Big B concluded, ”I cannot comment whether my performance was towering or not, but Aamir may be right on the other, maybe the performances did go ‘over the top’ of his head!”’

ALTBalaji announces the Biggest Fan Contest of the Year