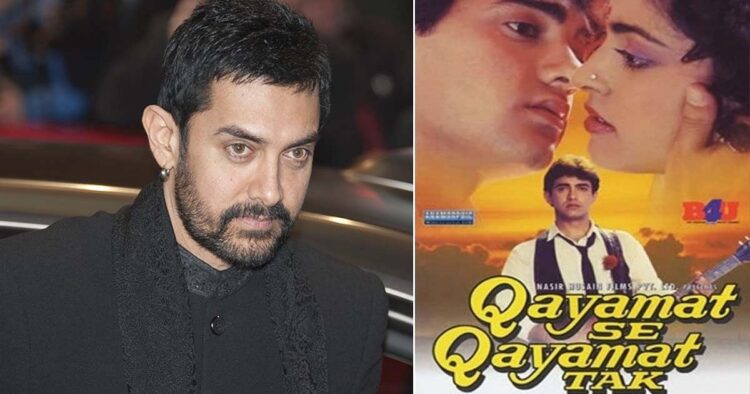 Aamir Khan is one of the superstars of Bollywood today. He has been in the industry for more than three decades and has given many memorable performances with many blockbuster films. Khan made his debut with 1988 film Qayamat Se Qayamat Tak (QSQT).

QSQT, which was directed by Mansoor Khan, turned out to be a hit at the box office at the time of its release. The film made Khan and Juhi Chawla overnight stars. But many don’t know that things were quite different for the actor before the film released in 1988.

Nowadays, actors host events to promote their film, but did you know that Aamir Khan promoted his mainstream debut film Qayamat Se Qayamat Tak by sticking posters on autorickshaws? The throwback video shows a young Aamir sticking posters of his debut film at the back of an autorickshaw on the streets of Mumbai. The video also features his co-star Rajendranath Zutshi helping him.

Aamir seemingly looked quite happy to get on the streets of Mumbai to promote his film in every possible way. Qayamat Se Qayamat Tak actor was seen sporting a blue vest and is carrying a bag on his shoulder while Zutshi is twinning with Aamir, in a full-sleeve shirt of the same colour. Take a look at the video below:

Aamir Khan was last seen in the 2018 film Thugs Of Hindostan, which didn’t fare well at the box office. After two years, the actor is returning to the silver screen with Kareena Kapoor Khan in Laal Singh Chaddha, which is the official remake of Tom Hanks’ 1994 film Forrest Gump. The comedy-drama is written by Atul Kulkarni and directed by Advait Chandan. It is produced by Aamir and his wife Kiran Rao.

Laal Singh Chaddha was supposed to be released in December 2020 but the shift in other film release date and halt on production led to a delay in the release of the film.

Must Read: When Anushka Sharma Said: “When I Am Married, I Probably Do Not Want To Be Working”