Home EntertainmentBollywood When Aamir Khan Would Write Letters To Amitabh Bachchan’s Daughter Shweta Bachchan For Her Birthday Every Year!

When Aamir Khan Would Write Letters To Amitabh Bachchan’s Daughter Shweta Bachchan For Her Birthday Every Year! 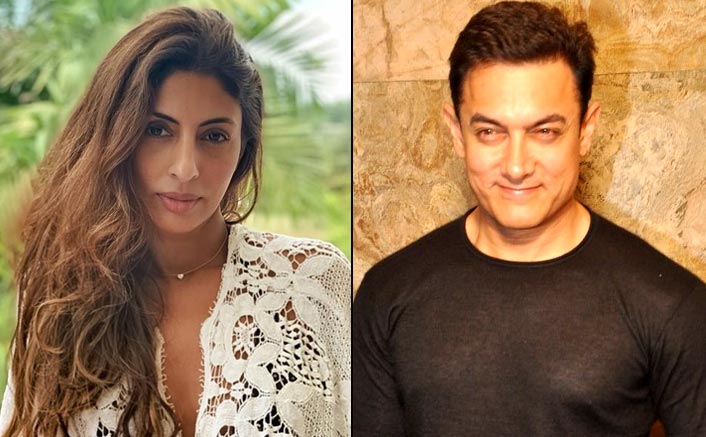 Aamir Khan is Mr Perfectionist! Be it his personal life or professional, he just has ways of doing things in his best manner. So when, he heard of Shweta Bachchan Nanda, daughter of Amitabh Bachchan, being his huge fan – he did the sweetest thing. The Laal Singh Chaddha actor would write her letters every birthday. Read on for all the scoop.

We have seen many star kids having their own fangirl/boy moments. Ananya Panday, Suhana Khan and Shanaya Kapoor are known to be a huge fan of Kareena Kapoor Khan. For the Bachchan daughter, it was none other than Salman Khan and Aamir.

Shweta Bachchan Nanda made the big revelation when she appeared on Koffee With Karan. It was just last season when she expressed her admiration for Aamir Khan and Salman Khan. When Maine Pyaar Kiya released, Amitabh Bachchan’s daughter was in boarding school and would watch it on a VCR.

Just not that, she loved the ‘Friend’ cap worn by Salman Khan so much that she made Abhishek Bachchan get it for her. Shweta Bachchan Nanda had shared, “We weren’t allowed to watch movies in school, so I actually sat there with a tape recorder and I recorded the whole thing on an audio cassette, and I would listen to it. I loved him and I wanted to wear that little cap that said.”

Abishek Bachchan was then made to carry several caps for Shweta and their cousins for Mumbai to London. “I used to sleep with it under my pillow,” she added.

Furthermore, talking about Aamir Khan, Shweta revealed, “Aamir got to know and so sweetly, on every birthday, he used to write her a letter.”

She also revealed their true connect because both were Pisceans. While Aamir Khan celebrates his birthday on March 14 Amitabh Bachchan’s daughter celebrates her birthday on the 17th.

Must Read: Virat Kohli & Anushka Sharma Send Luxury Gifts To Paparazzi Requesting Them To Not Click Their Baby, Watch!