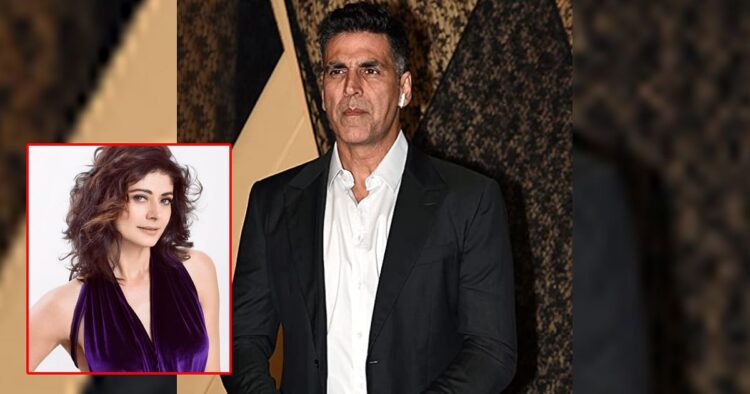 Akshay Kumar popularly known as ‘Khiladi Kumar’ has been a heartthrob of the Bollywood industry for years. The Padman actor has dated some of the A-list actresses of the industry before getting married to Twinkle Khanna including Raveena Tandon, Shilpa Shetty and Pooja Batra.

If the reports are to be believed, Pooja and Khiladi Kumar dated before he joined the Bollywood industry.

Pooja Batra back in the day was a really popular model and her romance rumours with Akshay Kumar was once the talk of the town. And believe it or not, a few reports stated that it was the model because of whom, Khiladi Kumar got an entry into the Bollywood industry.

Reportedly, Akshay used to accompany Pooja in the happening parties of Bollywood where he got introduced to people in the industry. However, this short-lived love story soon came to an end and the Padman actor got busy with his acting projects.

The reason for Akshay Kumar and Pooja Batra’s breakup is still unknown but the Ram Setu actor moved on and had flings with various actresses in the industry.

Back in 2017, Pooja made a comeback to Bollywood and Akshay attended the screening of her movie, Mirror Games and made a smashing entry at the venue. Paps were surprised to see him at the event and although the Padman actor didn’t stay there for long, he gave his best wishes to the actress and left within some time.

The Ram Setu actor cheated on Raveena with Shilpa but his alleged love-affair with the Dhadkan actress also didn’t stay for long. Soon after, he cheated on Shilpa with his wife Twinkle Khanna.

The 53-year-old is happily married to Twinkle and share two kids with her named Aarav and Nitara.

Must Read: Ram Setu: ‘Long-Haired’ Akshay Kumar Takes Us Back To His Old Khiladi Days, Here’s How Fans Reacted To The First Look