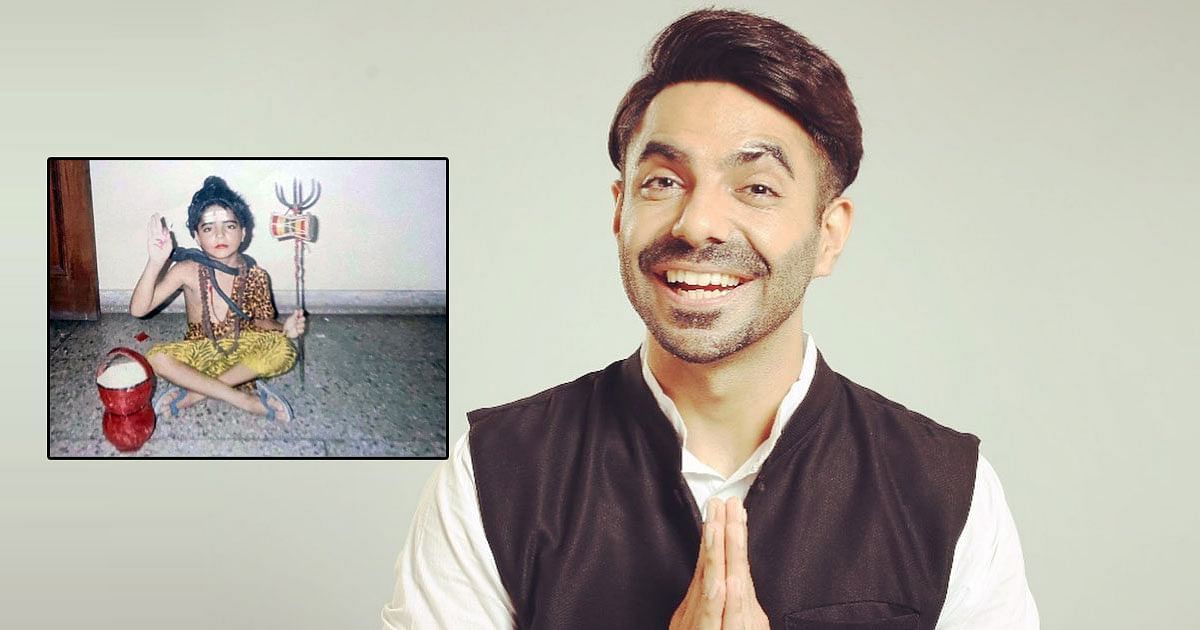 Actor Aparshakti Khurana on Saturday shared a picture from his childhood, where he is dressed as Lord Shiv for a fancy dress competition.

The twist in the photo lies in Aparshakti’s footwear!

“Shiv Ji in flip-flops because comfort is key,” Aparshakti Khurana explained in his caption, tagging the image with #fancydresscompetition and #schooldays.

One of the first to respond on the post was Aparshakti Khurana’s brother Ayushmann Khurrana. He wrote: “chappal wale bhagwan.”

The actor is currently shooting for his new film, an untitled thriller alongside R. Madhavan, Darshan Kumaar and Khushali Kumar. He will also soon start shooting for his debut web show Stardust with Prosenjit Chatterjee and Aditi Rao Hydari.

Aparshakti Khurana has talked about sharing screen space with his brother, National Award-winning star Ayushmann Khurrana. He says the two have been looking for a suitable script they can collaborate on.

Fans have been eager to watch the brothers share screen space after a video featuring them went viral recently. In the video they are seen playing a game of “aao milo”, but with a twist.

Must Read: Varun Dhawan & Natasha Dalal’s New Home Is Straight Out Of Our Dreams, Video Inside!