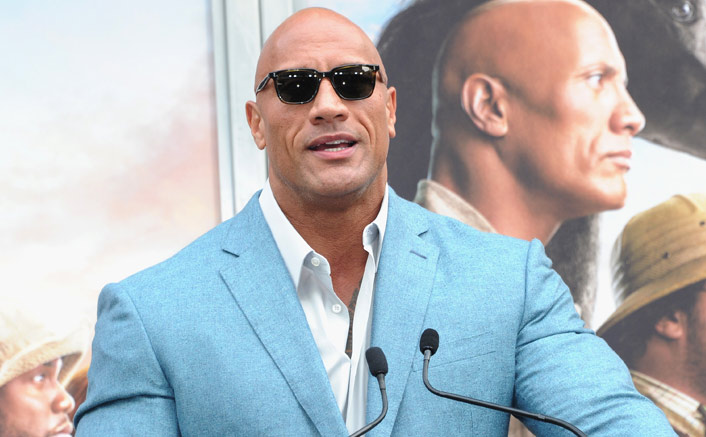 Celebrity death hoax is a real thing on social media apparently. From Nicolas Cage to Taylor Swift to Beyonce, we have all witnessed the most bizarre death hoaxes on social media. And today, we are going to talk about Dwayne Johnson aka The Rock’s death rumours while filming Fast & Furious 7.

The 7th instalment of Fast & Furious was released back in 2015 and did break some box office records of its stellar cast and amazing storyline.

It was reported that while filming a stunt, Dwayne Johnson aka The Rock passed away. The death hoax was so bizarre that the actor himself took to his Facebook account and shared a note for all his fans informing them that he’s alive.

“Rumors of my death are false – Im still ‘Bringin’ It’ 24hrs a day, 7 days a week, 365 days a year – including leap year!”, Dwayne wrote on his Facebook account. Later, he took to his Twitter account and wrote, “I would love to meet the person who is starting rumors of my death – to show them how a dead foot feels up their ass.”

Meanwhile, on the work front, Dwayne Johnson will be next seen in Jumanji 3. And guess what, if the reports are to be believed, the Rock is finally collaborating with his pal ‘Deadpool’ Ryan Reynolds for this franchise.

As per we got this covered, the two busiest Hollywood actors are planning to come together in the next Jumanji film. If Daniel Richtman’s tea is to go by, Ryan Reynolds will be in the movie in a special appearance. It is self-explanatory that the actor cannot sign another full-fledged part considering the numerous projects he is a part of.

Isn’t that interesting? We can’t wait for this to happen.

Meanwhile, what are your thoughts on Dwayne Johnson’s death hoax? Tell us in the comments below.