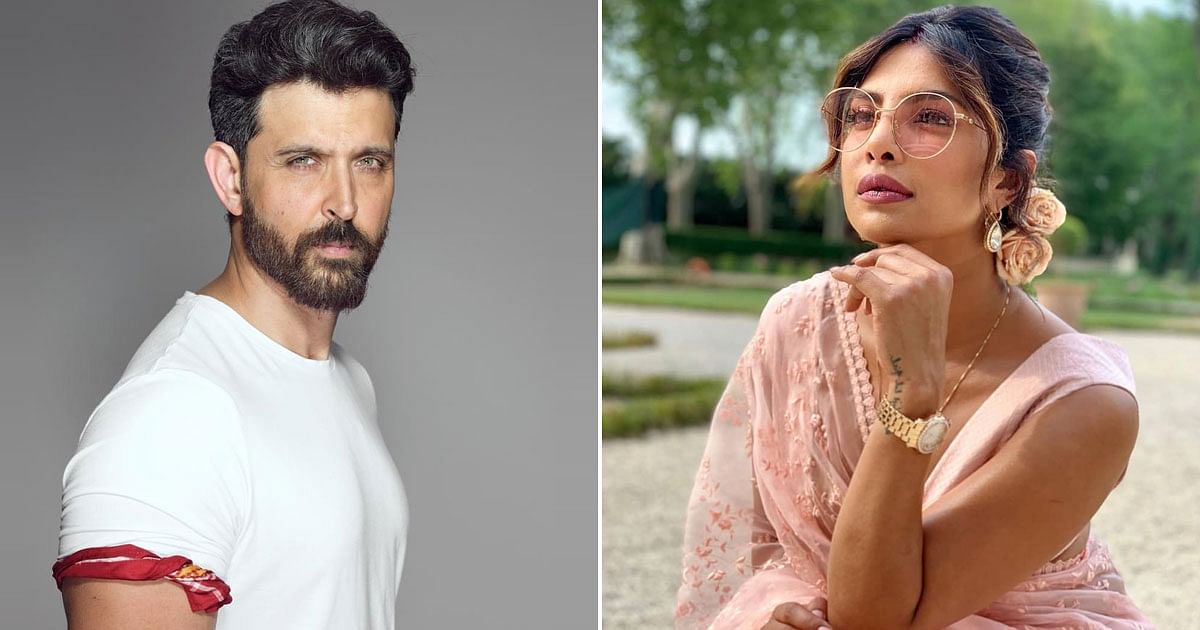 Indian superstar, Hrithik Roshan is known to be a kind-hearted soul. His co-stars have always spoken highly of him and his supportive ways. His generosity has been witnessed by his friends and co-workers on numerous occasions in the last two decades. And now, it’s none other than Priyanka Chopra Jonas, who’s worked with Hrithik in Krrish (2006), Agneepath (2012) and Krrish 3 (2013) reinstating that fact by sharing her own experience with Hrithik’s exemplary helpful nature during her father’s medical crisis.

In her recently published autobiography, Unfinished, Priyanka reminisces her early days when she had just about stepped foot in the industry. She has shared how it was her co-star, Hrithik, who had been the savior and her biggest support when her father, Dr. Ashok Chopra, was detected with a life-threatening medical complication during the time when she was shooting for Krrish, her biggest film until then.

When Hrithik got to know about her father’s critical condition and the fact that he needed to be shifted to a hospital abroad, Hrithik left no stone unturned and did the needful. Shared PC, “Incredibly, Hrithik who is hugely successful in the Hindi film industry, got on the phone and used his connections at Air India to arrange for my father’s immediate flight to London.”

Thanks to Hrithik’s timely help, Dr. Chopra was shifted to London and the necessary treatment and surgery was carried out. And he survived. A grateful Priyanka expressing her appreciation towards Hrithik, wrote, “If we hadn’t had people around us who were so kind and so willing to act on our behalf – Hrithik and his father, Rakesh Sir, our family in Boston – I doubt that my father would have made it. There’s no way I can ever express my gratitude adequately to them, bit it is deep and it is enduring.”

Hrithik Roshan is probably the only Indian superstar who has a couple of successful superhero films to his credit.
And he is quite a superhero in real-life as he is in his films. Just like Priyanka, there are several other co-stars, crew members and their families who are grateful to Hrithik for his kind deeds. There have been several occasions when Hrithik has stepped in to help the crew members who were injured on the sets, provide them with monetary help and supported their families too in times of crisis.

His philanthropic side was seen loud and clear during the Covid-19 pandemic. He joined hands with an NGO providing 1.2 lakh nutritious cooked meals to old-age homes, daily-wage labourers and low income groups across India. Recognizing the efforts of the BMC workers during the pandemic, Hrithik not just donated Rs. 20 lakh but also contributed N95 and FFP3 masks to them. What’s more, the superstar also came forward and supported the paparazzi photographers who hail from lower-middle-class families. That wasn’t all. Hrithik deposited money in the bank accounts of 100 Bollywood dancers who were out of job and going through a tough time during the dreadful pandemic.

Woah! Hrithik’s tales of kindness are just endless. From Priyanka Chopra Jonas to the commoners, everyone has memorable instances to share about the actor’s kindness. No doubt that this superstar is as beautiful on the inside as he is outside.

Must Read: Salman Khan’s Radhe Has A Shah Rukh Khan & Ajay Devgn Connect Which No One Saw Coming!