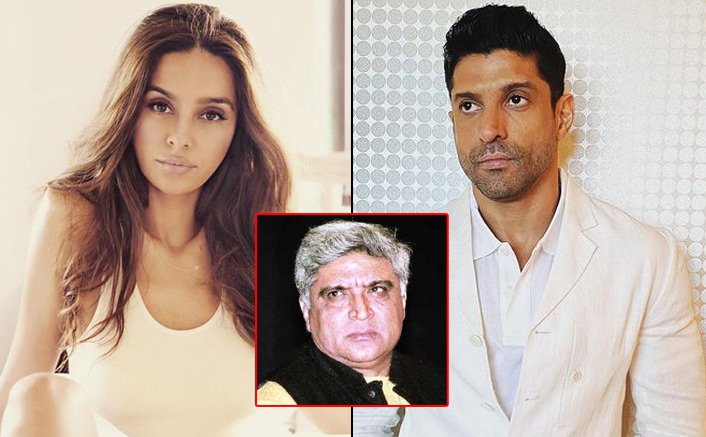 Farhan Akhtar and Shibani Dandekar make one of the most happening couples in B’Town. Although not often, the duo loves to glimpse fans about their sizzling real-life chemistry.

Farhan and Shibani’s relation isn’t a secret anymore and every Bollywood buff is aware of that. A few months back, there were strong rumours of the couple tying the knot around 2020’s end. Here’s how Farhan’s father, Javed Akhtar had reacted to the news.

Speaking to Bombay Times, Javed Akhtar said, “I just heard about this from you! I was with Farhan the day before yesterday. It was his birthday. He didn’t tell me anything about this. You never know, children can be very secretive.”

Talking about Shibani Dandekar, Javed Akhtar said, “I have met Shibani many times. She is a very sweet girl.”

For the unversed, Farhan Akhtar and Shibani Dandekar are in a relationship since last 3 years. We wish the duo tie the knot as soon as possible!

Meanwhile, a few weeks back, Farhan celebrated the ninth anniversary of his directorial Don 2. Fans of the franchise joined in the celebration and demanded Don 3. The action-thriller starred Shah Rukh Khan, Priyanka Chopra, Boman Irani, Om Puri and Lara Dutta.

Farhan posted a video comprising scenes from Don 2 and wrote on Instagram: “9 years and counting, the chase is still on. Here’s celebrating #9YearsOfDon2.” He also shared a post on the film on Twitter, and soon the comments section got flooded with fans asking for a third part of the franchise.

Must Read: Taapsee Pannu Is Testing If Avengers Will Recruit Her – Watch!