When Neetu Kapoor felt ‘like a deer caught in the headlights’ 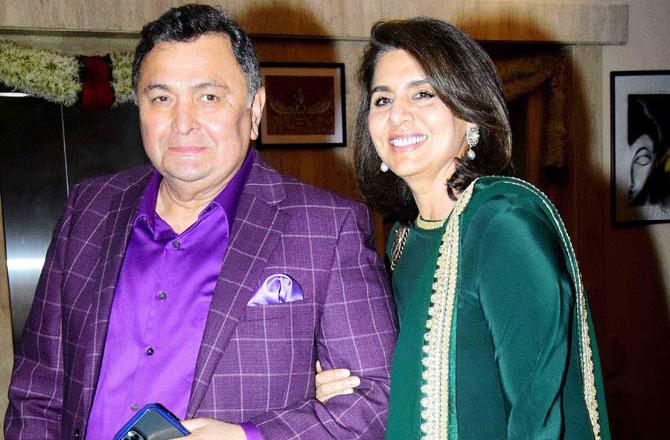 Veteran actress Neetu Kapoor says when her husband Rishi Kapoor passed away earlier this year, she felt like a deer caught in the headlights not knowing where to go.

Neetu posted a string of pictures on Instagram featuring Rishi Kapoor, son Ranbir Kapoor and Riddhima Kapoor along with her.

“2020 was quite a roller coaster!!! When YOU left I felt like a deer caught in the headlights not knowing where to go … #jjj was cathartic at that time as it gave me something to look forward to !!! Then Covid happened. I could have never gone thru so much without my cuties… Thank you both for holding on #RnR #jugjuggjeeyo,” Neetu captioned the images.

The actress will next be seen sharing screen space with Anil Kapoor, Varun Dhawan and Kiara Advani and YouTuber Prajakta Koli in “Jug Jugg Jeeyo”. A shooting schedule of the film was recently wrapped up in Chandigarh.

Shooting of the film in the city had to be temporarily halted at one point after Neetu, Varun and director Raj Mehta tested Covid positive.

Neetu Kapoor’s daughter Riddhima later posted on social media to inform that the actress has recovered.