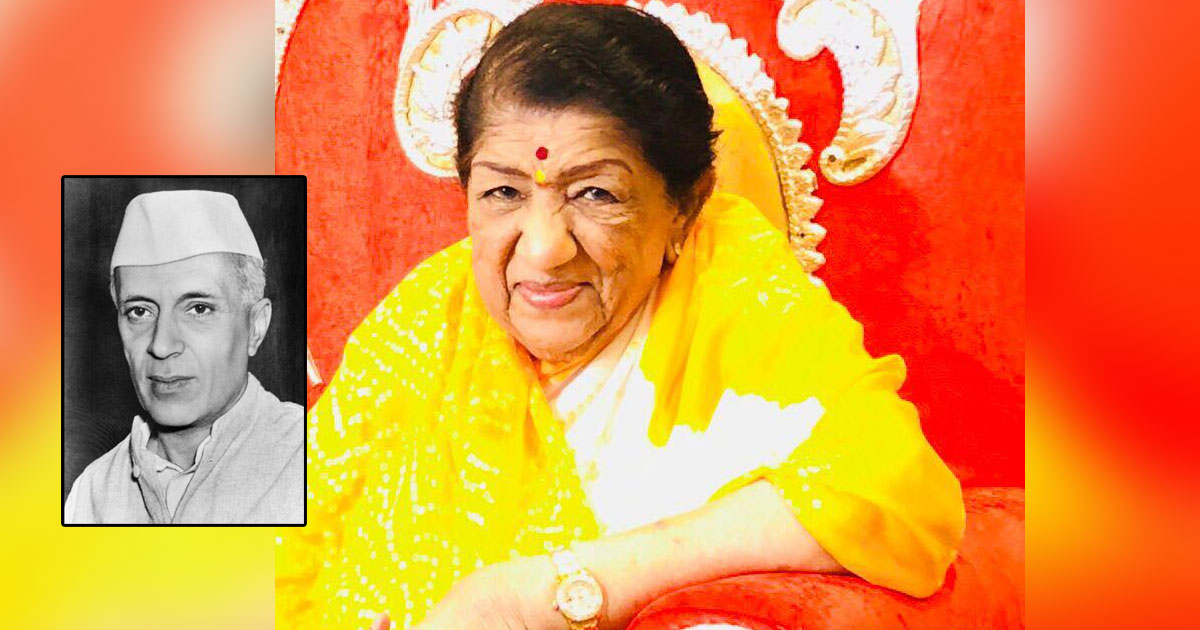 Lata Mangeshkar is one of the most popular singers of all time. The legendary singer has been awarded the most prestigious rewards of the country including Bharat Ratna, Padma Vibhushan and Padma Bhushan for contributing through her voice. On 72nd Republic Day, we bring you a story of her conversation with Pandit Jawaharlal Nehru and how his eyes become watery after listening to ‘Ae Mere Watan Ke Logon’.

This happened back in 1963 when Lata didi was very young and sang the song for the very first time in National Stadium, New Delhi and created history with the same.

In a conversation with SpotboyE, Lata Mangeshkar revealed the time when Prime Minister Pandit Jawaharlal Nehru broke down listening to ‘Ae Mere Watan Ke Logon’ back in 1963 and said, “Kissko pataa tha yeh gaana logon ko itna pasand ayega? (who knew the song would be so much liked by people?). When Ae Mere Watan Ke Logon was being created we never thought it would become such an imperishable patriotic anthem.”

Lata Mangeshkar continued, “I recall vividly that cold winter evening in Delhi in 1963 when I sang the song as part of the Republic Day celebrations in front of an audience that comprised President S. Radhakrishnan, Prime Minister Jawaharlal Nehru, Indira Gandhi and so many other distinguished guests. It was Pradeepji, the poet who wrote the immortal lyrics, who came to me and asked me to sing the song. I declined because there was no time to rehearse and prepare to sing it in front of so many distinguished personalities.”

The Lag Jaa Gale singer continued and said, “They all complimented me. Then we were all invited to Panditji’s home for tea. Some of us from the film industry including Shankar-Jaikishan, Raj Kapoor, Mehboob Khan, Dilip Kumar proceeded to Panditji’s residence. While the rest of the entourage spoke eagerly with Panditji, I stood in a dark corner hesitant to make my presence felt. Suddenly I heard Panditji say, ‘Lata Kaha hai?’. I kept standing where I was. Then Mrs. Indira Gandhi came and took my hands saying, ‘I want you to meet two of your little fans.’ She introduced me to little Rajiv and Sanjay Gandhi.”

That’s one sweet memory to remember, isn’t it?

We wish Lata Mangeshkar keeps entertaining the way she does with her music. For more updates, stick to Koimoi.

Must Read: Priyanka Chopra On Using Talcum Powder Cream On Face For Fairness As A Little Girl: “It Was Awful For Me”

Back to Top
Close Add post
X
Pooja Banerjee gets candid about new music videoBollywoodActor Pooja Banerjee recently shot for a music video titled Hum. The actor says that the project is very special to her. "This is my second music vide…

X
Richa Chadha to join Pratik Gandhi in upcoming web-series?…BollywoodAs many content makers still continue with their projects in these uncertain times, come news that Richa Chadha could be joining Pratik Gandhi for an …
close