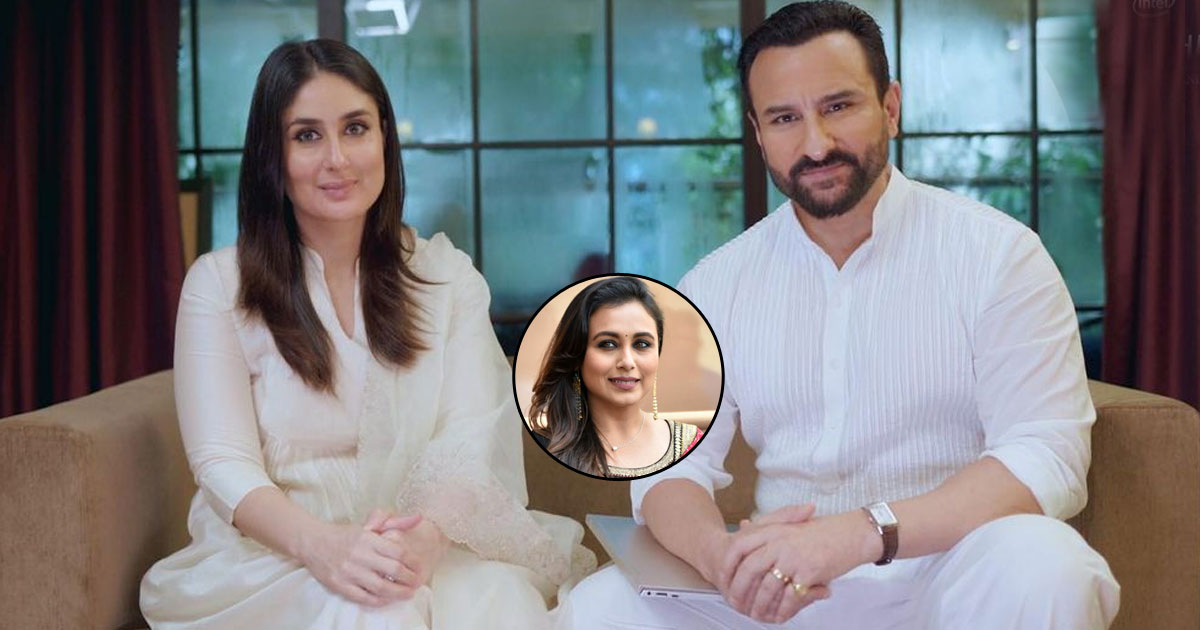 Saif Ali Khan and Kareena Kapoor Khan’s relationship came as a surprise to all their fans back in 2007. The couple got married in 2012 and shares a 4-year-son named Taimur Ali Khan who is already a social media star at such a young age. The Tashan actor recently appeared on his wife’s show ‘What Women Want’ and revealed Rani Mukerji’s advice while he started dating Bebo.

For the unversed, Rani and Saif are really good friends and have worked together in quite a few hit movies including Hum Tum and will be seen next in Bunty Aur Babli 2.

While talking to Kareena Kapoor Khan on ‘What Women Want’, Saif Ali Khan revealed Rani Mukerji’s advice and said, “I remember what Rani told me once when we had just started dating, you and I. Because I’ve never, I don’t think I had ever been out with a working actress before, in that sense. So she said, ‘Just behave like you are in a relationship with a man’”.

Explaining the advice, Saif said what Rani meant was to treat Kareena as an equal and said, “She meant that don’t get into the gender of it. Treat it like equal, like you’ve got two heroes in the house. Two people working and then you will have no problems. And I think she is absolutely right.”

Kareena Kapoor Khan is expecting her second child with her husband Saif Ali Khan and recently the duo has shifted to a new house in Bandra only. Taimur has his own space in this house and it also comes with an open terrace and a swimming pool.

What are your thoughts on Rani Mukerji’s advice to Saif Ali Khan? Tell us in the comments below.

Back to Top
Close Add post
X
Boney Kapoor Upset With SS Rajamouli For Clashing RRR With Maidaan: “This Is Most Unethical”…BollywoodBoney Kapoor Talks About The Upcoming BO Clash Between Maidaan & RRR, Says “I Am Upset!”(Pic Credit: IMDb, Wikipedia) Yesterday, the team behind S…