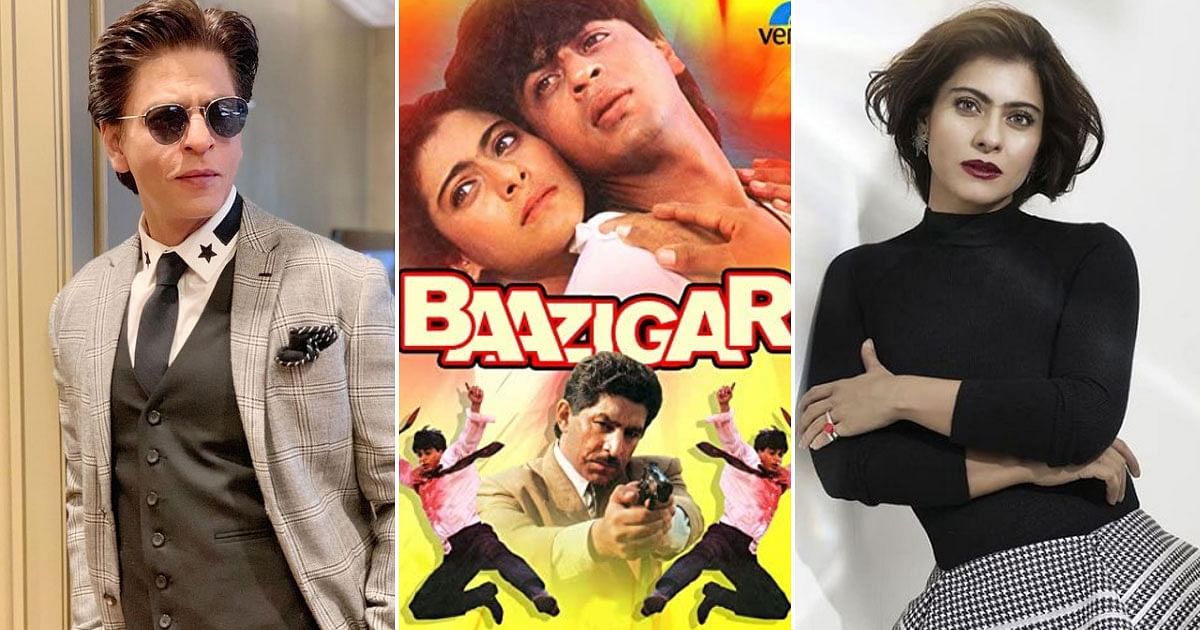 Every Bollywood buff has Kajol and Shah Rukh Khan in top of their favourite list of romantic pairs. The duo shares super sizzling chemistry. Courtesy – their friendship in the real world that makes them all the way more special. But did you know SRK once secretly pinched his leading lady in Baazigar? That too during a romantic shot! Read on for all the scoop.

During a romantic sequence, the actress was expected to gasp dramatically. However, everyone who knows Kajol would know that she would never react that way in her real life. So, it was ten folds difficult for the beauty to get the shot right! The team did multiple retakes but alas!

So how did they finally manage the sequence? Shah Rukh Khan revealed it all during his appearance with Kajol on Karan Johar’s chat show, Koffee With Karan. The actor revealed the solution that choreographer Saroj Khan brought up. Surprisingly, it did work out!

Talking about it all, Shah Rukh Khan began, “It was a sensual part of the song. Both of us were very new. It was like, ‘Mera dil tha akela, maine khel aisa khela’ or whatever, and she was supposed to gasp dramatically. She would not be able to do it because it is very dishonest and unreal. Neither of us reacts like this in real life.”

Kajol continued, “It was really over-the-top and I just could not get it. The timing or something or the other would go wrong.”

Revealing how they worked it out, SRK added, “It’s something we don’t do normally and she would never do a shot which she doesn’t do normally. Saroj ji came and told me quietly, ‘Tum usko aisa kuch pinch-vinch kar do (Pinch her during the shot).’”

This surely is proof of Shah Rukh Khan and Kajol’s true friendship. Isn’t it?

Must Read: Kiku Sharda On Failure Of Sunil Grover, Ali Asgar & Others Post Their Kapil Sharma Show Exit: “Not Going To Point Fingers…”

When Shah Rukh Khan Secretly Pinched Kajol In Middle Of A Sensual Scene In Baazigar!