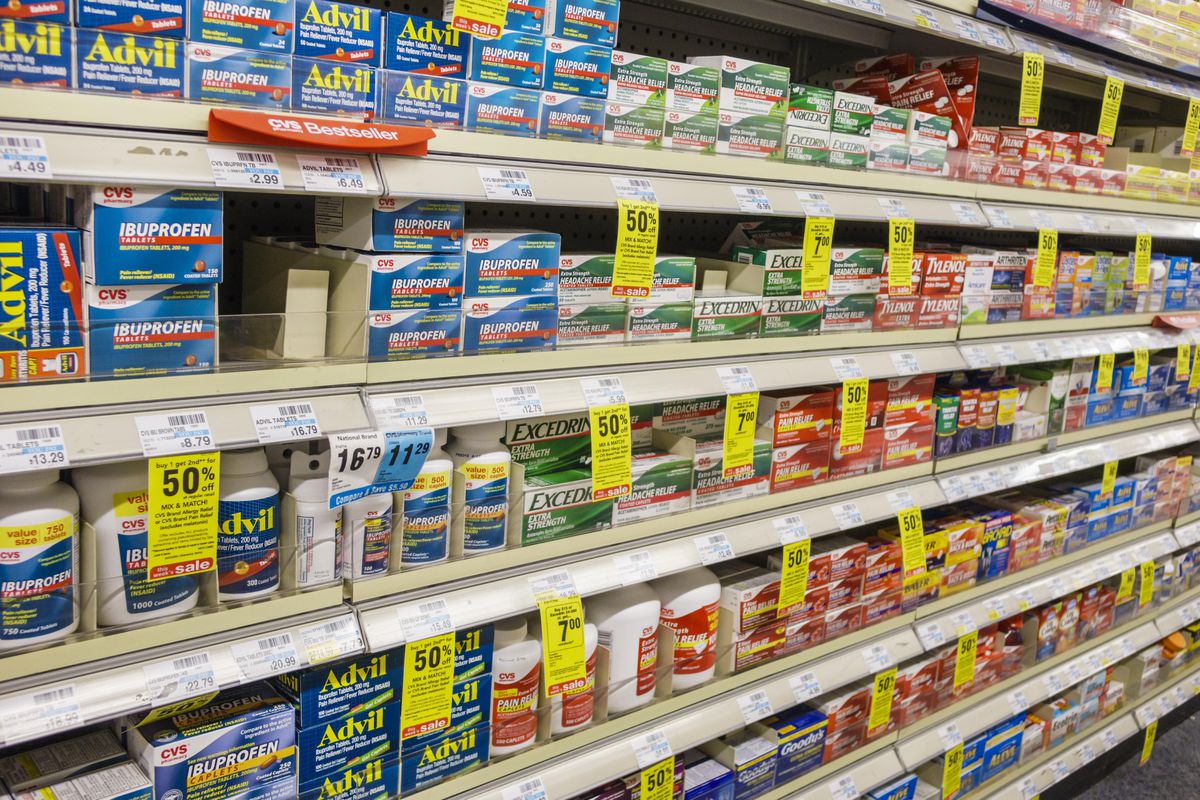 Yes, getting a Covid-19 vaccine these days can be a bit of a pain, in more ways than one. As a result, you may be tempted to take some pain relievers before or after vaccination. Acetaminophen or nonsteroidal anti-inflammatory drugs (NSAIDs) like ibuprofen can help combat the arm soreness, fever, chills, nausea, fatigue, headaches, and other side effects that you may experience from vaccination. But should you be taking such medications?

Well, the answer is most definitely, potentially, possibly, probably not.

Many of the symptoms that you may get after vaccination are signs that your immune system is doing what it is supposed to be doing. The Covid-19 vaccines work by essentially passing some notes in the form of mRNA to the cells in your body. These notes serve as blueprints for your cells, saying in effect, “hey, make this,” with “this” being the spike protein found on the surface of the severe acute respiratory syndrome coronavirus 2 (SARS-CoV2). Your cells subsequently act like teenagers trying to set up stills in their homes without their parents noticing. But instead of alcohol, these still are brewing the spike protein. When your immune system discovers that your cells are trying to make spike proteins, it can react as parents would, saying, “what the bleep is going on here? What the heck are you making? We’re so disappointed in you, after providing you a roof and allowing you to watch 2 Broke Girls all those years. Clean this bleep up!”

Of course, your immune system doesn’t really talk. (If it does, write down what it is saying and see your doctor immediately.) For your immune system, actions speak louder than words. In response to the spike protein, your immune system begins generating chemicals like prostaglandins that cause inflammation and mobilize your immune cells to do things like produce antibodies. This, in turn, can cause the flu-like symptoms that you may feel after vaccination.

NSAIDs are a class of medications including those sold over-the-counter such as as aspirin, ibuprofen (which can go by brand names like Advil, Motrin, Nuprin), ketoprofen, and naproxen (otherwise known as Aleve) as well as those available only via prescription such as Daypro, Indocin, Lodine, Naprosyn, Voltaren, and Celebrex. NSAIDs can help stop pain and other symptoms because they are Cox blockers. That’s “cox” ending with an “x.” NSAIDs inhibit the effects of Cox-1 and Cox-2, which are enzymes that normally help your body make prostaglandins. As mentioned above and as described by C. W. Parker in the book Prostaglandins in Cellular Biology, prostaglandins can serve a number of functions and lead to range of symptoms such as fevers and chills. So in some cases when you are hot and bothered, you can blame it at least partially on the Cox. And blocking the Cox, as NSAIDs do, could possibly limit your immune system’s response to the Covid-19 vaccine. That’s what he or she NSAID.

Indeed, as detailed in a publication in the Journal of Virology, laboratory studies using human cells in culture dishes and mice suggested that NSAIDs may reduce antibody production against SARS-CoV-2 and dampen your immune system’s inflammatory response. Of course, you and other humans aren’t exactly the same as mice. For example, mice don’t tend to watch television shows like The Bachelor, say things like “hit me up” or “groovy,” and may differ in body shape, size, and function. And you aren’t just a pile of cells in a culture dish, no matter how lazy you may be and how it’s been since you last changed your underwear. Nevertheless, such laboratory study findings do raise concerns about taking NSAIDs too close to when you get vaccinated.

Does the same hold for acetaminophen (e.g., Tylenol) which is similar to NSAIDs in that it can reduce pain and fever, yet has a somewhat different mechanism of action? Acetaminophen can block the Cox too but in a different way. It seems to act more in the central nervous system as opposed to the rest of the body. So the effects of acetaminophen on vaccination may not be precisely the same as NSAIDs. Still, in the words of Maroon 5, it makes you wonder.

That being said, it is not yet clear whether such pain relievers should be completely avoided when getting the Covid-19 vaccine. A review published in the journal Evidenced Based Practice of 13 randomized controlled trials found no clear evidence that giving kids acetaminophen or ibuprofen before vaccination reduced the effectiveness of traditional childhood vaccines like those for receiving standard childhood vaccines such as those protecting against diptheria, tetanus, and hepatitis B. Of course, kids aren’t exactly the same as adults. They can be much better at TikTok, do not tend to wear Spanx, and can have some differences in their physiology and immune responses. Plus, different vaccines can be similar but not exactly the same. Ultimately, more time and studies are needed to get a better sense of how different pain relievers may specifically affect Covid-19 vaccination.

That’s probably why the Centers for Disease Control and Prevention (CDC) website doesn’t just jump to “take some NSAIDs” as advice for those experiencing side effects from the Covid-19 vaccine. Instead, the CDC website recommends talking to your doctor first when considering any type of over-the-counter pain relievers. Keep in mind that many pain relievers do actually contain acetaminophen or NSAIDS even when neither is mentioned in the name of the product.

What can you do about side effects without taking pain relievers? Well, there’s the CDC advice of applying a “clean, cool, wet washcloth.” Other CDC advice includes using or exercising your arm if you are experiencing any discomfort there. In general, using your arm is a good thing. Rarely will a doctor tell you to just stop using your arm. Your arm can help do stuff such carry a large fish in a Tinder profile picture, flex for a Tinder profile pic, and take a selfie for, you got it, a Tinder profile pic. Moving your arm will also improve circulation, which can reduce swelling and pain. The website mentioned drinking plenty of fluids and dressing lightly as well. For example, wearing a Viking hat and animal pelts may not be the best thing to do after vaccination.

All in all, it is probably best to avoid pain relieving medications around the time of your Covid-19 vaccination. That is assuming that you don’t already have to take pain relievers for another existing medical condition. While acetaminophen and NSAIDs may not completely block your immune system from responding to the spike protein, you may want to give your immune system as much of a chance as possible without someone trying to Cox block it.

Which Pain Relievers Are OK Before, After Covid-19 Coronavirus Vaccines