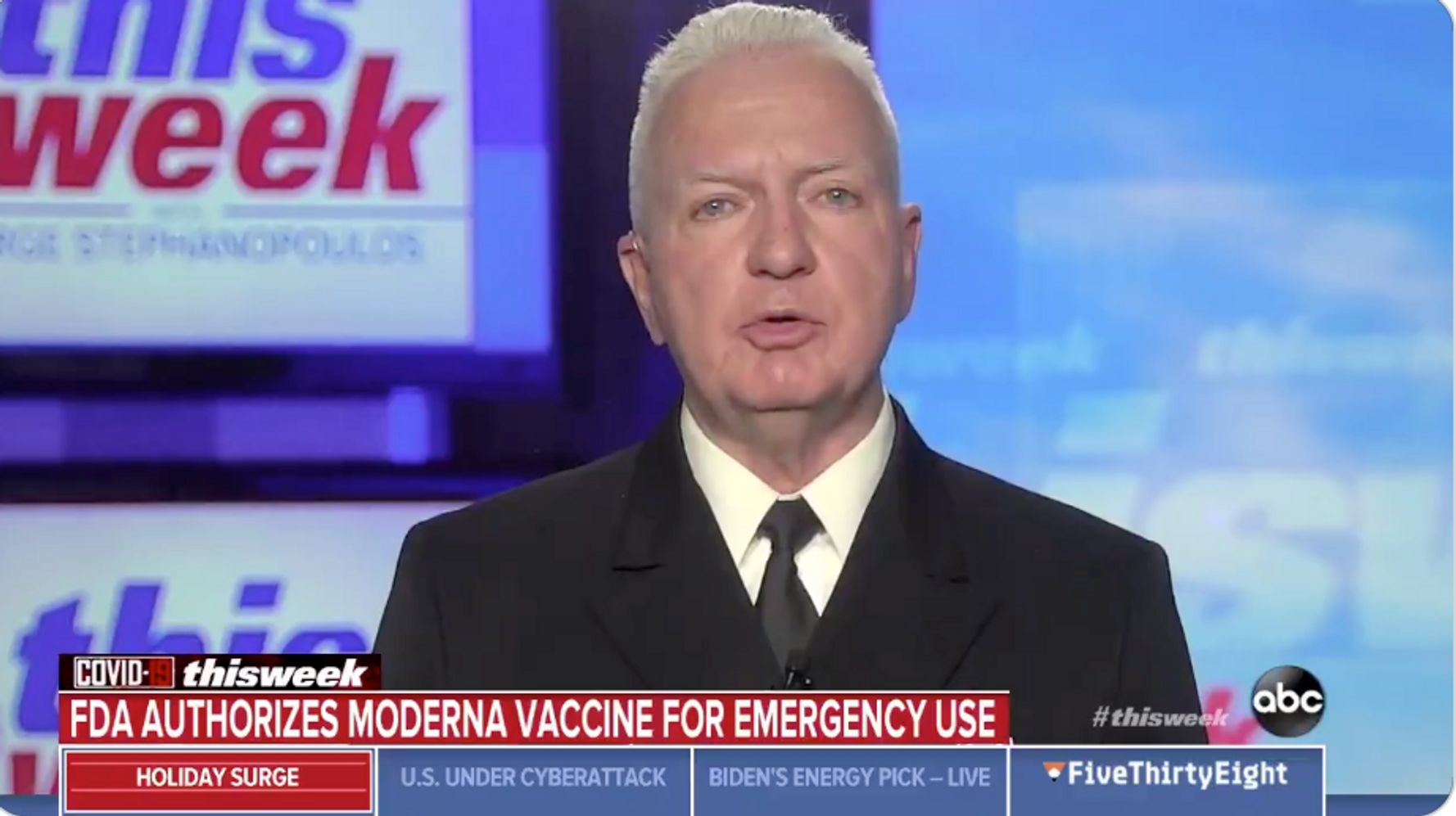 Adm. Brett Giroir, a member of the White House’s coronavirus task force, on Sunday urged President Donald Trump to get vaccinated against COVID-19 to not only protect his own health but to inspire his followers to do the same.

Vice President Mike Pence, who has headed the task force since February, and Surgeon General Jerome Adams received their vaccinations Friday during a live TV broadcast. Trump, on the other hand, hasn’t done so yet.

“I think any leader who is influential over groups of individuals should have the vaccine,” Girior, the Trump administration’s COVID-19 testing czar, told ABC’s “This Week.” “I think leadership … should get vaccines because they will inspire confidence with the people who believe in them and trust them.”

He noted that the U.S. has “every reason to believe” the first two vaccines authorized for emergency use by the Food and Drug Administration, which were produced separately by Pfizer and Moderna, are “very effective” and “safe.”

“I would encourage the president to get a vaccine for his own health and safety and also to generate more confidence among the people who follow him so closely,” Giroir said.

NEW: “I would encourage the president to get a vaccine for his own health and safety and also to generate more confidence among the people who follow him so closely,” Adm. Brett Giroir of the White House COVID-19 task force tells @GStephanopoulos. https://t.co/3DLfDf3VVJ pic.twitter.com/9TGRCbEpme

Public health experts have said COVID-19 vaccines are the only way to stop the pandemic, which has included surges in cases across the U.S. in recent months. As of Sunday, the U.S. has recorded the most infections and deaths in the world with more than 17.6 million and more than 316,000, respectively.

Trump, who was hospitalized with COVID-19 in October, has largely taken credit for the country’s rapid vaccine development but hasn’t yet committed to getting vaccinated publicly.

The White House did not immediately respond to HuffPost’s request for comment.

President-elect Joe Biden is scheduled to get the vaccine publicly on Monday and Vice President-elect Kamala Harris is slated to receive it the following week.