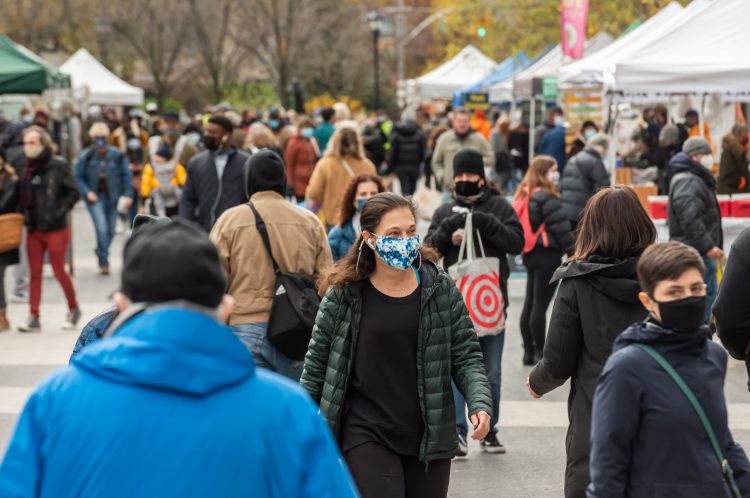 SINGAPORE – The world must remain vigilant for the next six months, while the coronavirus vaccine is rolled out as it will take time before most of the population receive their vaccinations, the World Health Organization’s chief scientist told CNBC.

“We are going to approach the beginning of the end, we can see the light at the end of the tunnel,” said Dr. Soumya Swaminathan said on Wednesday. “However, there’s still a tunnel we have to go through, and the next few months are going to be very critical.”

Confirmed cases of Covid-19 have continued to rise at an alarming pace, with global infections topping 78 million, according to data compiled by Johns Hopkins University.

The vaccine by Pfizer-BioNTech has been approved for emergency use in countries including the U.K., U.S. and Canada, while the U.S. has also approved Moderna’s.

While we can look forward – certainly by the end of next year – to a much better picture, the next few months, I think, are going to be tough.

Swaminathan said the vaccines will initially protect a very small group of people who are most vulnerable and most at risk, and months will pass before the rest of the population can be covered.

“It’s going to take till the end of 2021 till we start seeing some level of population immunity coming up in some countries,” she told CNBC’s “Street Signs Asia” on Wednesday.

“We have to keep our guard up, we have to do all the things that we know reduce the transmission and the chances of people getting ill from this,” she said. That includes public health measures and individual behavioral changes.

“While we can look forward – certainly by the end of next year – to a much better picture, the next few months, I think, are going to be tough,” she added.

New strain in the UK

Separately, Swaminathan discussed a new variant of the virus that emerged in the United Kingdom recently, and has been identified in countries including Australia, Denmark and Italy.

She said it is unusual because it has a large number of mutations and has separated itself from the average strain.

But she noted that the new variant “does not appear to increase clinical severity or make things worse” for those who are infected by it.

The WHO said in a note that the strain may “spread more readily,” but that “there is not enough information at present” to determine if mutations will change the severity of the disease, antibody response or vaccine efficacy.

Swaminathan said there’s “no reason” to believe that the current vaccines will not cover it at the moment. That’s because the vaccines produce a “broad immune response” that is likely to be effective against the new strain.

Still, if the vaccines need to be tweaked, that can be “easily” done. “If there’s a need, it could be done,” she said. “But at the moment, I think most people believe that the current generation of vaccines should work just fine.”