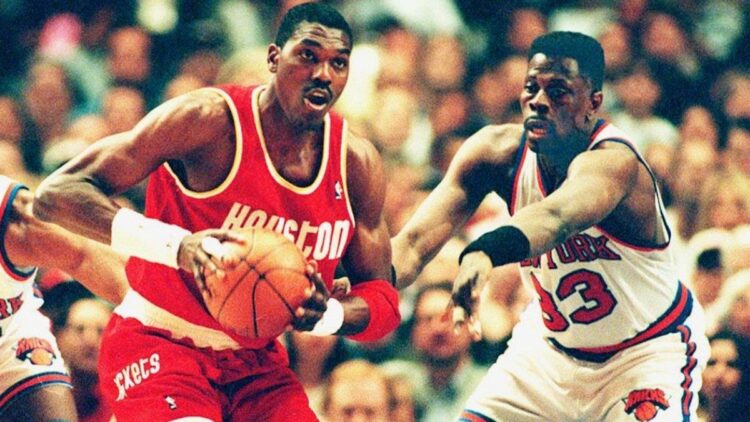 One of the most impressive feats that an NBA player can accomplish is getting a quadruple-double.

Officially, It’s only been done four times in NBA history. So that means any time we get to celebrate a player dominating a basketball game in that fashion we are going to do it.

Monday marks the 31st anniversary of Hakeem Olajuwon’s quadruple-double in 1990 against the Milwaukee Bucks. Olajuwon dropped 18 points, 16 rebounds, 10 assists, and 11 blocks that night.

Nate Thurmond, Alvin Robertson, and David Robinson are the only other players to hold this honor. Robinson completed his quadruple-double four years after Olajuwon, in 1994. The Admiral is the last player to put up these types of numbers.

It would have been interesting to see what Olajuwon could have done in this more skilled era of basketball. Olajuwon was a 7 footer with grace, footwork, and skill before his time. He flirted with quadruple-doubles multiple times throughout his career and almost posted another one that month when he put up 28 points, 19 rebounds, 11 blocks, and nine assists against the Warriors on March 3, 1990.

There aren’t many players in today’s game who have the potential to dominate in multiple statistical categories like that. Denver’s Nikola Jokic could easily get you a triple-double with points, assists, and rebounds but he isn’t athletic enough to get you the 10 blocks or 10 steals. Warriors forward Draymond Green posted a triple-double without scoring ten points in a game this season. But I can’t trust Green to shoot the ball well enough to get a quadruple-double.

The best candidates would either be Joel Embiid or Anthony Davis, both of whom are currently hurt right now. Davis would be the better option out of the two because I believe he’s more athletic and could get the ten blocks or ten steals relatively easily. A healthy Embiid doesn’t have the same range of movement that a healthy Anthony Davis has.

Trying to determine who will be the fifth player to join this exclusive list is basically impossible. But honestly, the next quadruple-double could be right around the corner, in this era of skill anything is possible on the basketball court.