Home BusinessFinance Who needs an insurance cover against vector-borne disease

Who needs an insurance cover against vector-borne disease 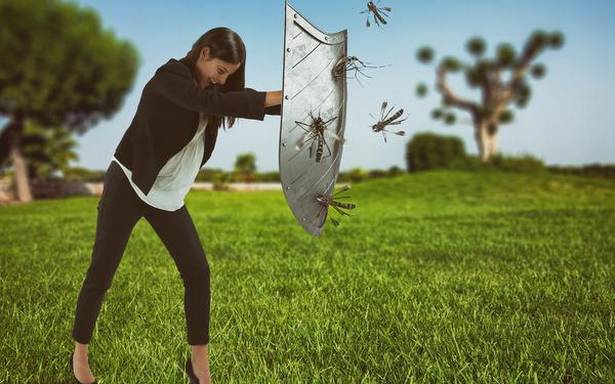 Recently, the insurance regulator, IRDAI, came out with a standalone standardised health cover for vector-borne diseases – Mashak Rakshak. Insurers are being encouraged to introduce this product from April 1, 2021.

Vector-borne diseases are transmitted through carriers such as mosquitoes, fleas and bugs. Malaria, dengue and chikungunya are some common vector-borne diseases. According to the World Health Organisation, over seven lakh people die every year globally on account of such diseases. So, this cover can address specific disease-related needs of people, particularly during the monsoon season when the infections rate is high.

IRDAI’s standardised policy, Mashak Rakshak, like the other standalone products in the markets is a fixed benefit policy. That is, 100 per cent sum insured (SI) will be paid to the policyholder on positive diagnosis of any one of the vector-borne diseases. The policy provides coverage against seven vector-borne diseases – dengue, malaria, filaria, kala-azar, chickungunya, Japanese encephalitis and zika virus. If an individual is diagnosed with any one of these infectious diseases, as confirmed by a doctor, then the complete sum insured will be payable, provided, the individual is hospitalised for a minimum continuous period of 72 hours. Upon the payment of SI, the policy terminates.

Also, if a policyholder is diagnosed with filaria (commonly known as elephantiasis), the benefit is payable only once in a lifetime. Even if you renew the policy, you will not be covered for the same disease. Whereas, in the case of other vector-borne diseases, the policyholder will be covered after the renewal as well. In other words, you can get the benefit under this policy more than once in a lifetime.

Further, the policy will pay two per cent of the SI on positive diagnosis through laboratory examination and confirmation by a doctor on first diagnosis during the cover period. Do note that, this diagnosis cover is applicable only once a year for each disease.

Mashak Rakshak provides an individual as well as a family floater option. Family includes self, spouse, dependent children and dependent parents. The minimum SI is ₹10,000 and goes up to₹2 lakh. The policy provides coverage only within India while existing policies like Bajaj Allianz’s M-Care provides coverage both within and outside India. Mashak Rakshak is an annual policy with lifetime renewability. The minimum entry age is 18 years and maximum is 65 years.

The minimum waiting period in case of Mashak Rakshak is 15 days. However, if you benefit from the standard cover and renew it, a cooling off period of 30 days will be applicable from the date of previous admission of claim. The plan offers the option to port also.

There are a few insurers who offer a standalone vector-borne disease cover in the market currently. These includes Bajaj Allianz General Insurance (M-Care plan), HDFC Ergo Health’s Dengue Care (also offers Mosquito Disease Protection plan but it is offered as group policy) and Future Generali’s Future Vector Care. These are benefit policies and the coverages is more or less similar to that under Mashak Rakshak. However, there are differences in SI offered and the premium. For instance, Bajaj Allianz’s M-Care provides five SI options — ₹10,000, ₹15,000, ₹25,000, ₹50,000 and ₹75,000. The premium ranges between ₹160 and ₹1,200 for an individual policy.

A vector-borne disease policy is most suitable for those living in proximity to canals or where there is stagnant water ( breeding ground for mosquitoes and fleas). However, your regular health policy will also provide cover for vector-borne infections — OPD (treatment in the outpatient department, if included in the policy) as well as hospitalisation. So, having a comprehensive health plan is always better.

While standalone vector covers including M-Care, Dengue Care and Future Vector Care can be taken by anyone, even those with pre-existing disease conditions, IRDAI’s standardised cover is silent on this. According to Amit Chhabra, Head-Health Insurance, the regulator has not specified on the policy issuance to those with pre-existing conditions and it depends on the underwriting guidelines of the insurers.

But having a standalone vector-borne disease cover can be advantageous too. When you are hospitalised for one of the seven vector borne diseases, you will get the benefit from the policy and can also claim hospital expenses (if any) under your regular health policy.