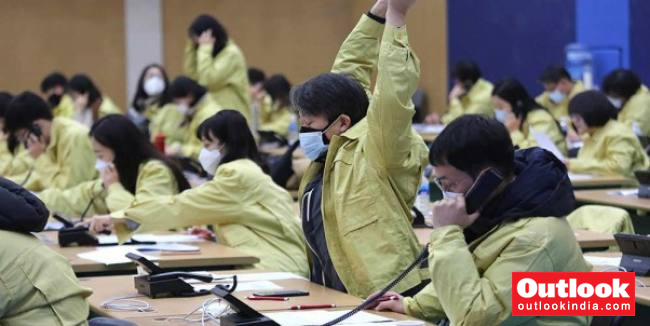 World Health Organisation experts are to begin face-to-face meetings with their Chinese counterparts Friday in the central city of Wuhan at the start of the team’s long-awaited fact-finding mission into the origins of the coronavirus.

Those meetings should be followed by the first field visits in and around the industrial and transport hub on Friday, WHO said on Twitter but did not give further details about the team’s agenda.

It said the team had already requested “detailed underlying data” and planned to speak with early responders and some of the first COVID-19 patients.

“All hypotheses are on the table as the team follows the science in their work to understand the origins of the COVID19 virus,” WHO tweeted.

“As members start their field visits on Friday, they should receive the support, access and the data they need.”

The team members had spent the past two weeks in a required quarantine, during which they had been communicating with Chinese officials by videoconferences to lay the groundwork for field visits.

At their new hotel, some were seen waving from balconies, and people arriving aboard three buses went inside, possibly to join in the preliminary meeting between WHO and Chinese scientists.

WHO, which is based in Geneva, said late Thursday on Twitter that its team plans to visit hospitals, markets like the Huanan Seafood Market linked to many of the first cases, the Wuhan Institute of Virology, and laboratories at facilities like the Wuhan Center for Disease Control.

Confirmation of the origins of the virus is likely to take years; pinning down an outbreak’s animal reservoir typically requires exhaustive research including taking animal samples, genetic analysis and epidemiological studies.

A possible focus for investigators is the Wuhan Institute of Virology in the city where the outbreak began. One of China’s top virus research labs, it built an archive of genetic information about bat coronaviruses after the 2003 outbreak of Severe Acute Respiratory Syndrome.

New cases of local transmission in China are continuing to fall with just 36 announced on Friday, even as the annual Lunar New Year travel push gets underway.

Authorities have taken a variety measures to discourage travel this season and far fewer Chinese than usual appear willing to make the trip, even though it might be their only chance to return home and see family all year.

The northeastern province of Heilongjiang reported the largest number of new cases, 21, over the past 24 hours, followed by Jilin province just to the south. The capital Beijing and its surrounding province of Hebei both reported one new case each.