Home Science WHO: Vaccine Hoarding Would Be A “Catastrophic Moral Failure” That Keeps “Pandemic Burning”

WHO: Vaccine Hoarding Would Be A “Catastrophic Moral Failure” That Keeps “Pandemic Burning” 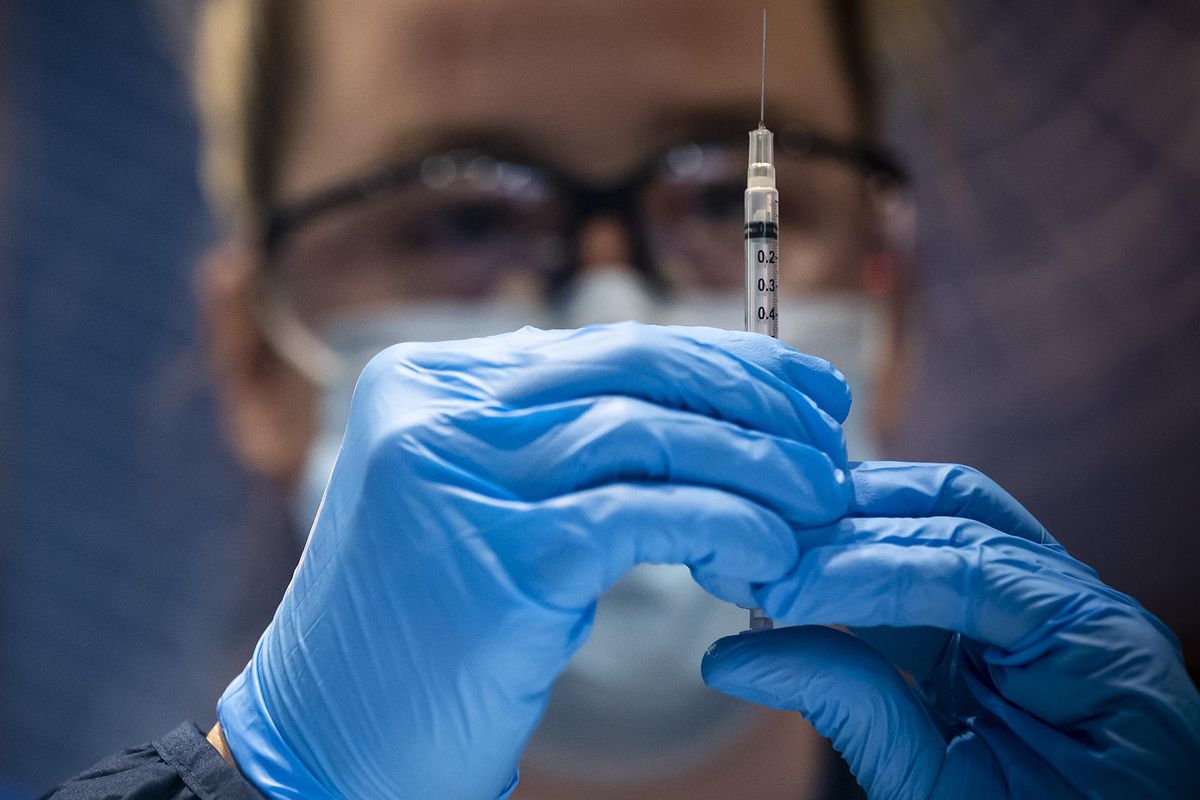 With nations around the globe hoping to receive vaccination doses that will protect their populations from the deadly coronavirus, the World Health Organization warned the world’s wealthiest countries on Friday that hoarding Covid-19 vaccines would have dire consequences, including prolonging the pandemic.

During a virtual briefing Friday, Tedros Adhanom Ghebreyesus, the WHO director-general, said that vaccine hoarding would not only be a “catastrophic moral failure,” but that it would keep “the pandemic burning” and would result in a “very slow” global economic recovery.

Mike Ryan, the WHO’s top emergency expert, declared that affluent countries “fighting over the cake” risk neglecting frontline health workers in developing countries that “don’t even have access to the crumbs.”

The WHO said that diversification of the supply chain for making vaccines was essential and that the organization, which announced last week it had reached an agreement with Pfizer/BioNTech for 40 million doses, was looking at other suppliers.

According to data compiled from government sources by the New York Times‘ Our World in Data project at the University of Oxford, 84.9 million vaccine doses have been administered worldwide as of Friday. Of all doses, more than 56 million have been distributed in just four countries: The United States, U.K., Israel and China. Despite accounting for less than 6% of the world’s population, the U.S., U.K. and Israel have administered more than 45% of the world’s vaccine doses. Many other high- and middle-income countries, such as U.A.E, Germany, Turkey, Italy, Spain and France, have administered more than 1 million doses apiece. According to a report published Friday by Vox, less than 100 total vaccine shots have gone into the arms of people in low-income countries. Looking ahead, the Economist Intelligence Unit has asserted that “most developing countries will not have widespread access to the shots before 2023 at the earliest.” The hoarding of vaccines by a select few will enable the coronavirus to continue to spread, which will allow, Vox reports, “more opportunity for variants that resist the vaccines to emerge and Covid-19 outbreaks to reignite, including in rich countries.”

“That’s not just unconscionable,” said Georgetown global health law professor Lawrence Gostin, “but it also is very much against the interests of high-income countries.”

8. That’s the number of different vaccines being administered worldwide, according to the New York Times. The Pfizer-BioNTech vaccine is currently being used in 49 countries.