Who will be the 4 overseas players in Chennai Super Kings (CSK) Playing XI for IPL 2021? 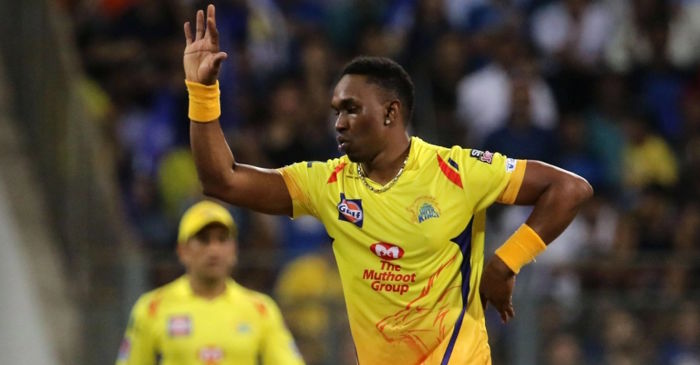 Chennai Super Kings (CSK) are the second most successful team in IPL history, having won three titles in 2010, 2011 and 2018. Leading up to the 2020 season, the franchise managed to qualify for the playoffs on all occasions. However, the Men in Yellow under the able leadership of MS Dhoni failed to make it past the league stage last season, finishing on the seventh spot.

CSK will hope to bounce back in style this time around. One of the main objectives for Stephen Fleming, CSK’s coach will be to find the balance of his team right from the onset. Only up to four overseas players are permitted in the playing eleven and as a result, Fleming and Dhoni have plenty of thinking to do ahead of the IPL 2021 season.

Faf du Plessis is almost certain in the playing XI. The Protea batsman was his side’s highest run-getter last season, amassing 449 runs at an average of 40.81. He smashed four half-centuries last season and had a strike rate of 140.75. The South African has played plenty of IPL cricket, having scored 2302 runs in his 84 matches at an average of 32.88.

Du Plessis had an impressive 2019 campaign as well, in which he scored 396 runs in his 12 innings at an average of 36. His most memorable knock came in IPL 2018 against Sunrisers Hyderabad in the first Qualifier at the Wankhede Stadium. He scored an unbeaten knock of 67 runs and took his side to the final, which they eventually won.

Sam Curran was the standout player for CSK last season

Sam Curran was one of the standout players for CSK last season, delivering with both bat and ball. He played an absolute blinder in last year’s opener as he guided his side to a thrilling victory against the Mumbai Indians. He built on that confidence and scored 281 runs in the whole tournament at an average of just over 23.

With the ball, the left-arm medium pacer proved to be more than just a handy option. He picked up 13 wickets in his 14 outings at an average of 26.46. More importantly, he was trusted by MS Dhoni to open the innings for a few matches and was also handed the ball to bowl in the death overs.

Also Read: Who Will Be The 4 Overseas Players In RCB Playing XI For IPL 2021?

Dwayne Bravo, two time Purple Cap winner has lost his effectiveness bowling in the death overs. The West Indian often misses his length and his taken to the distance. Last year, he played just six matches after missing out due to injury. He picked up as many wickets at an average of 30 and an economy of just over 8.5.

However, MS Dhoni has huge faith in Dwayne Bravo and he is expected to lead the bowling attack for the three time IPL champions. Bravo has picked up 153 wickets in 140 matches at an average of 24.81. His highest tally of wickets came in the 2013 season, when he picked up 32 wickets to win the Orange Cap.

Imran Tahir won the Purple Cap in 2019, picking up 26 wickets at an average of 16.57. He was unfortunate to play just three matches last season, where he managed to pick up just one wicket. However, with Piyush Chawla being released by the franchise, Tahir is expected to feature as the frontline spinner.

Also Read: WATCH VIDEO: One Minute Of MS Dhoni Going Hammer And Tongs in the CSK Nets Ahead OF IPL 2021

Imran Tahir has played 58 IPL matches so far, picking up 80 wickets at an average of 21.08 and an economy of 7.83. He made his IPL debut in the 2014 season, where he picked up 9 wickets in his six matches. He is expected to get the nod over the likes of Mitchell Santner and Moeen Ali for a place in the starting eleven.

Sky is the limit for a visibly matured Ishan Kishan – CricXtasy

3 Royal Challengers Bangalore (RCB) players who might not get enough matches...

IPL 2021: Players Who Might Miss Their Team’s Opening Match and Their...