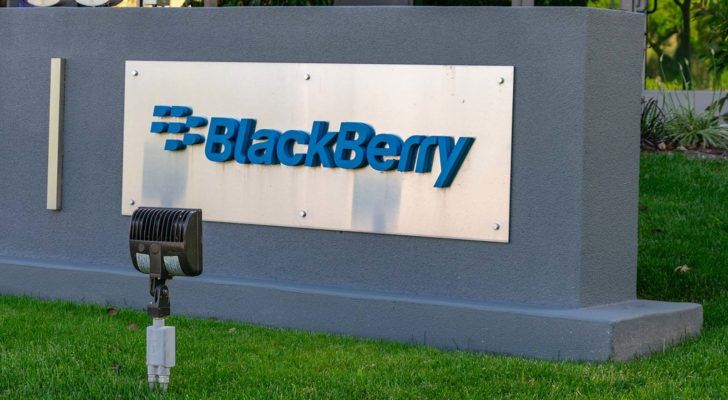 Those who are bearish on BlackBerry (NYSE:BB) — including the many people who are short-selling the name — continue to vastly underestimate how much money the company can make. That’s because BlackBerry’s cybersecurity business is bolstering BB stock, with more upside on the horizon from connected vehicles and more. Basically, cybersecurity threats are becoming more prevalent as we advance technologically and this company stands to gain.

More specifically, the BlackBerry naysayers have failed to take into account the strength of the company’s security products like Spark. And that’s not all — BlackBerry also has a very large payment in-store, which it’s likely to receive soon from social media giant Facebook (NASDAQ:FB).

So, here’s why BlackBerry will climb much higher in the future.

As I’ve noted before, Morgan Stanley (NYSE:MS) embraced “the monetization of connected cars” this past November. Specifically, bank analyst Adam Jonas stated that “Tesla is on the verge of a profound model shift from selling cars to generating high margin, recurring software and services revenue […] [from] infotainment and performance upgrades.” But instead of focusing on Tesla (NASDAQ:TSLA) in the connected car space, I’d like to zero in on BB stock.

Back in January 2018, I thought BlackBerry could make money by selling subscriptions through driverless cars. At the time, I wrote that it could sell “ads, data, extra security features, and apps” in the space. Now I believe that prospect is even more possible. The company can — through its highly secure QNX operating system (OS) — ultimately sell such products and services to the owners of all connected vehicles.

Years ago, I noted something else, too: “BlackBerry can sell data that it obtains from consumers who use its self-driving operating system.” Now in 2021, the idea of collecting and selling data from drivers has become mainstream. Even the notion of selling extra car security features has been raised. In fact, only the thought of selling tracking systems and ads is less prevalent now. However, I still believe that the company will be able to sell such products.

One way to think about BlackBerry’s situation in connected cars is to compare it to Microsoft (NASDAQ:MSFT). Of course, that company sells operating systems for computers. But just as Microsoft has made money from software sales, BB can profit from selling OSs for our increasingly tech-advanced vehicles.

Sound odd? Well, Amazon’s (NASDAQ:AMZN) decision to work alongside the company to “develop and market BlackBerry’s Intelligent Vehicle Data Platform” validates these offerings even further. Even Baidu (NASDAQ:BIDU) has gotten in on BlackBerry’s technology, opening up BB’s ability to meaningfully penetrate the Chinese auto market.

Meanwhile, QNX has also been installed in other spaces, including applications in aerospace and defense, medical devices and “industrial automation.” With devices of all sorts now being connected to the internet, the number of endpoints that need the security BB provides will likely skyrocket.

Clearly, BlackBerry’s upside is not limited to the connected car space alone. To that end, in May 2020, the company announced Spark Suites. This new security product will provide companies and governments with “a range of tailored cybersecurity and endpoint management options.”

Because of that, I believe that the strength of Spark will be able to meaningfully lift the company’s financial results over time.

But that’s not the only boon for BB stock. On. Jan. 15, BlackBerry also announced that it had settled its patent-infringement lawsuit with Facebook. The dispute involves patents on messaging technologies, which are quite vital to FB’s huge business.

As a result of the settlement, I expect BlackBerry to receive a large, multi-billion dollar payment from the social media giant. That’s sure to greatly boost BB stock, too.

It’s true — right now, BlackBerry’s shares are very volatile. Why? The Reddit stock forum, Wall Street Bets (WSB), recently targeted it alongside other names in a massive short squeeze. That situation could continue for some time.

But I’m convinced that BB stock will climb much higher over the long term. Given these points, I recommend that long-haul growth investors buy shares of BlackBerry now. Investors should also be prepared to buy roughly the same number of shares again if BB pulls back meaningfully in the near-term.

On the date of publication, Larry Ramer held a long position in BB.

Larry has conducted research and written articles on U.S. stocks for 13 years. He has been employed by The Fly and Israel’s largest business newspaper, Globes. Among his highly successful contrarian picks have been solar stocks, Roku, and Snap. You can reach him on StockTwits at @larryramer. Larry began writing columns for InvestorPlace in 2015.

The post Why BlackBerry Stock Will Eventually Ride Much Higher appeared first on InvestorPlace.

Back to Top
Close Add post
X
Reddit and Robinhood gamified the stock market, and it’s going to end badly…BusinessThe stock market turned into a spectacle to rival Super Bowl LV this week, as retail investors and hedge funds faced off over GameStop stock. Tom Brad…

Why BlackBerry Stock Will Eventually Ride Much Higher

X
The Top 7 Hot Stocks to Buy for 2021’s Biggest Trends…BusinessWhile a return to normal is still a distant reality, investors are relying on the biggest pandemic trends when looking at hot stocks to buy for 2021. …
close