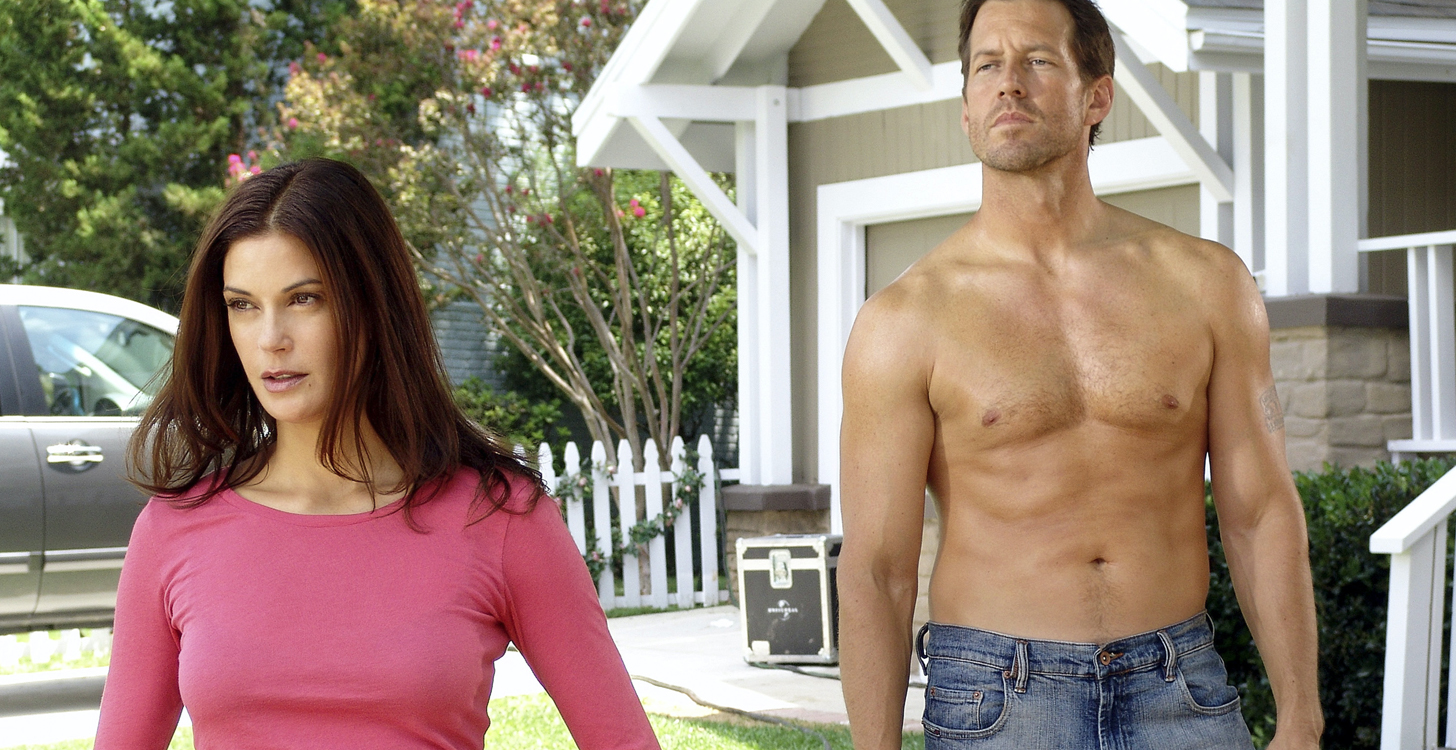 Actor James Denton was one of the hottest stars on television for eight years, but when Desperate Housewives ended in 2012, he had enough of Wisteria Lane — and Los Angeles.

Denton, who played Teri Hatcher’s sometimes shirtless love interest, Mike Delfino, on the soapy drama, gave a rare interview to The Morning Show on Thursday from his home in Minnesota. The actor said he and his wife made the “conscious decision” to get their two children “out of L.A.” when the show ended.

“Their mom was born here in Minnesota so we thought maybe we should get the kids out of L.A.,” Denton explained. “[Los Angeles] is not a great place for kids. It’s tough. The schools are really expensive, so we decided as soon as Housewives ended, we’d come up here and let them grow up in a little more normal suburban American neighborhood.”

Actor James Denton speaks about his time playing hunky Mike Delfino on ‘Desperate Housewives,’ what he’s working on now and why he moved his wife and kids away from Hollywood. pic.twitter.com/BtOP2fH7dI

While Denton left California, he didn’t leave showbusiness. The actor recently starred on The Hallmark Channel’s The Good Witch but noted that it was tough getting roles right after Desperate Housewives.

“I had trouble getting seen for anything that was, like, a suit and tie role, or maybe a politician,” he shared. “Anything like that that wasn’t blue-collar, I had a little trouble right after Housewives.”

Denton said Felicity Huffman warned the cast during the show’s final season “that we were all going to acting jail for a little while.” (The actress probably didn’t foresee actual jail, though.)

“Because you get a little bit typecast, but that’s a small price you pay for being on a show that was that popular,” Denton explained, but added, “you’ll never hear me complain.”