Why Fred Hampton’s fiancée, Akua Njeri, fought for accuracy in ‘Judas and the Black Messiah’ 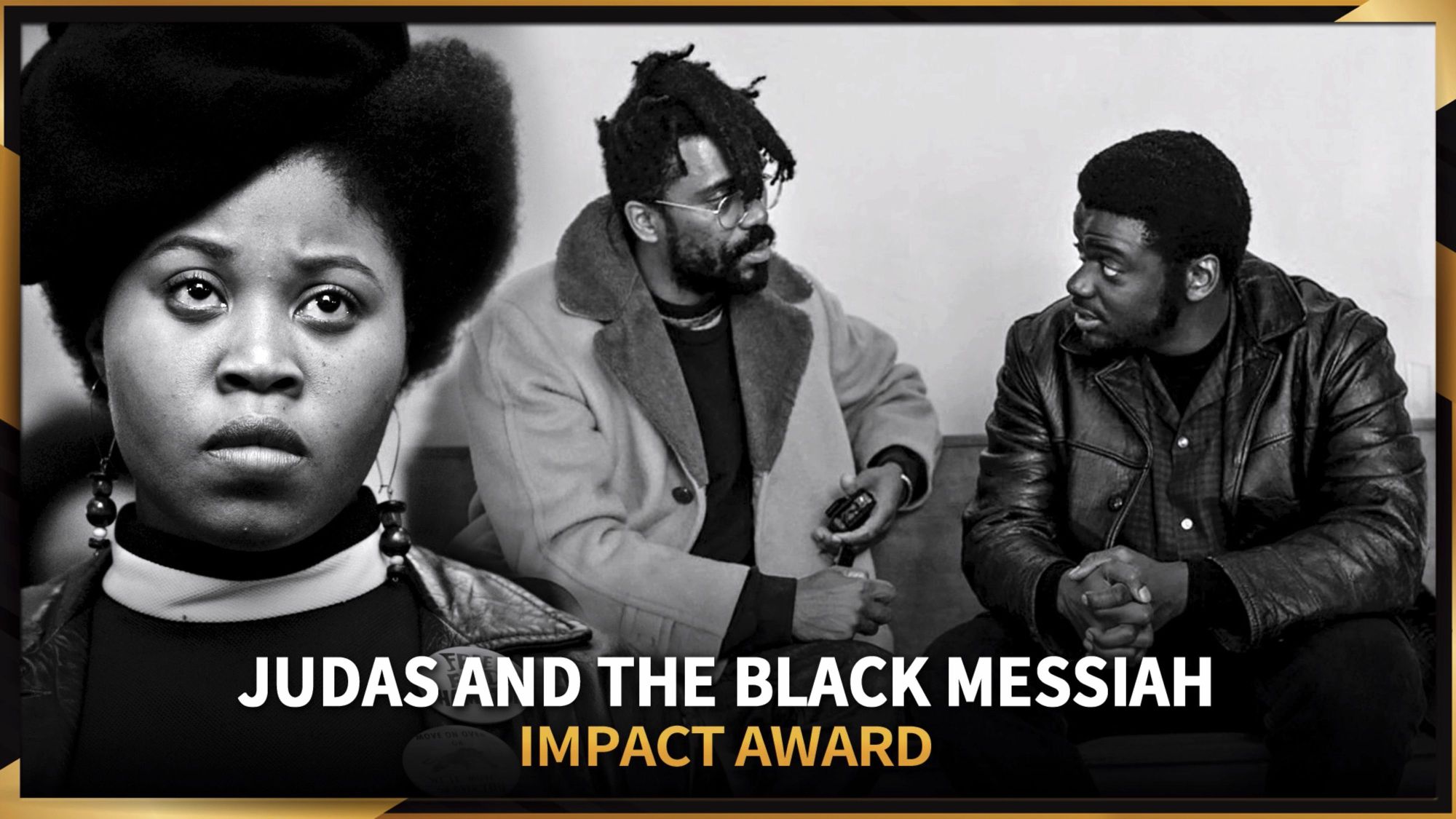 New film Judas and the Black Messiah, now in theaters and on HBO streaming platforms, dramatizes a specific moment in the history of the Black Panther Party, the political organization founded in 1966 by Huey Newton and Bobby Seale: the betrayal of Illinois chapter head Fred Hampton (played by Daniel Kaluuya) at the hands of thief turned FBI informant William O’Neal (LaKeith Stanfield).

It also tells, more incidentally, the story of Hampton’s then fiancée Akua Njeri (née Deborah Johnson, played by Dominique Fishback), who was just 19 — and nearly nine months pregnant — when Hampton was killed during a police raid as he slept in bed next to her. Now, at the age of 70, Njeri is on the advisory board of the Black Panther Party Cubs, created by children of Black Panthers, while her son, Fred Hampton Jr., 51, is chairman of that same organization — both of them living out the late Hampton’s legacy.

Njeri tells Yahoo Life that both she and Hampton Jr. inserted themselves into the making of the film — one that “could not be made” without their participation, she says.

“Our struggle was to fight for as much accuracy [as possible] in defending the legacy of the Black Panther Party,” says Njeri, explaining that her son has always said, “Legacy is far more important than our lives because it’s here after we’re gone.”

Njeri says she’s glad that their story made it to the big screen, as she hopes that it may, for viewers, “spark some kind of flame” to create change and teach more about what the party has done — although, as she notes, “a two-hour movie cannot give you a whole history lesson.”

The Black Panther Party was originally founded in Oakland, Calif., with hopes of diminishing police brutality, especially in Black neighborhoods. At the height of public support for the organization, Panther membership exceeded 2,000, with branches operating in major cities, including New York, Chicago, Los Angeles, Seattle and Philadelphia.

Njeri says that she began teaching her son about the liberation work of Hampton Sr. “before he could walk or talk,” as she knew that the media would paint a “distorted image” of who he was, following his assassination.

“We had to do a lot of damage control because there was so much misinformation” said Chairman Fred Hampton Jr. “And it’s been recently revealed that over 73% of the information provided about the Black Panther Party was authored by the FBI.” https://t.co/Z47uGnW0Jv pic.twitter.com/IB1csdrJIk

The party believed that economic exploitation was “at the root of all oppression in the United States and abroad” and sought to support oppressed communities by implementing several successful programs targeting education, healthcare, legal assistance — and even the production and distribution of free shoes to those in need. It also created the blueprint for the many free breakfast programs currently found across the country, though their anti-capitalist efforts were met with opposition from the federal government. In 1969, J. Edgar Hoover recognized the Black Panther Party as the “greatest threat to national security” and promised to disband the organization however possible.

“How do we say we want our children to have the best situation when we continue to put them in … oppressive religions [and] oppressive schools? Everything is dictated to us by an oppressive system that does not act in our interest,” Njeri explains today, adding that even the national police departments’ pledges to protect and serve actually have “nothing to do with serving and protecting the interests of Black and colonized communities.”

Although much of the party was dissolved by 1982, Hampton’s family is in the process of having his childhood home named as a landmark and transformed into a new Black Panthers community resource center that will continue the work that he started so long ago. A GoFundMe effort has already surpassed its $350,000 goal to help make the necessary repairs, but until those are underway, the mother-son duo continues to pour their efforts into the next generation of up-and-coming Panthers.

“We [are still] oppressed,” says Njeri, “but [we’re] ‘fighting back’ oppressed people.”

Will the next live-action Superman be black?

PHOTOS: Shaheer Sheikh opts for all black casual outfit as he gets papped in...