Why Israel Faces a Fourth Election in Just Two Years 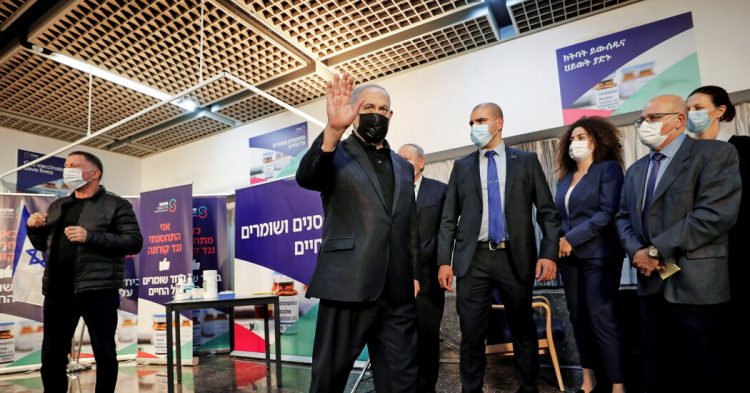 JERUSALEM — With Israel heading to its fourth election in two years after the collapse of its government, many Israelis are wondering whether it’s a case of too much democracy.

The last three ballots ended inconclusively, with no single candidate able to muster the parliamentary majority required to form a government. The stalemate allowed Prime Minister Benjamin Netanyahu of the conservative Likud party to persuade his main rival, Benny Gantz of the centrist Blue and White party, to join forces in an uneasy coalition.

Mr. Netanyahu now finds himself again fighting for political survival while on trial, charged with bribery, fraud and breach of trust, and amid the coronavirus pandemic, which has devastated the Israeli economy.

Here is what to watch for as Israel gears up for another election, this time set for March 23.

Why is this happening?

The main reason, analysts say, is Mr. Netanyahu’s legal and political calculation that he can best fight his criminal case from the prime minister’s office. They say he is ready to take the country to election after election in an effort to cling to power.

Technically, the latest government fell over Mr. Netanyahu’s refusal to pass a state budget for 2020 by the legal deadline of midnight on Tuesday. His refusal also violated his coalition agreement with Mr. Gantz.

Mr. Netanyahu is betting on being able to form a more sympathetic government that could grant him immunity from prosecution, analysts say. His corruption trial is scheduled to move into an intensive evidentiary stage early next year, when the country will witness the spectacle of his appearing in court.

Mr. Netanyahu blamed Mr. Gantz for the breakdown in the coalition government, saying that he and his Blue and White party refused to allow the prime minister any say in a series of coming government and judicial appointments. But opinion polls indicate that most Israelis blame Mr. Netanyahu.

“There are a lot of smoke screens, but I think we need to be fair and to be quite explicit about it,” said Yohanan Plesner, the president of the Israel Democracy Institute, a nonpartisan research group. “This won’t end until either Mr. Netanyahu is replaced or if he finds a way, by legislation or political maneuvering, to either put his trial on hold or to suspend it altogether.”

What happened in the last three elections?

The last three ballots were essentially a face-off between Mr. Netanyahu and Mr. Gantz, a former army chief who entered politics two years ago.

Mr. Netanyahu, Israel’s longest-serving prime minister, came with a strong conservative base and experience. The centrist Blue and White party under Mr. Gantz promised national unity and the rule of law.

Banding together with smaller parties that generally divided along right-wing-religious and center-left lines, the two blocs ended up in a chronic tie. After two elections failed to produce a stable government, Mr. Netanyahu and Mr. Gantz agreed to form a government of national unity the third time around, citing an urgent need to focus on the pandemic’s public health and economic crisis.

But their coalition deal involved taking turns as prime minister, with Mr. Gantz due to take over from Mr. Netanyahu in November 2021. Few people, including Mr. Gantz by the end, believed that Mr. Netanyahu would allow that to happen.

Will Round 4 be different?

Perhaps. A few weeks ago, opinion polls indicated that Mr. Netanyahu would be well positioned to form a new government made up of right-wing loyalists and his ultra-Orthodox allies. But a new conservative challenger, Gideon Saar, has since entered the ring and rejiggered the electoral map, competing for Mr. Netanyahu’s base voters, among others.

Mr. Saar, who lost to Mr. Netanyahu in a Likud leadership race a year ago, recently defected from the party and set up a rival one called New Hope, taking a few coalition members with him. Osnat Mark, a Likud lawmaker and Netanyahu loyalist, called New Hope “a party of traitors and deserters.”

Mr. Gantz lost most of his public support after joining forces with Mr. Netanyahu, having previously made an election pledge not to. With his Blue and White party now disintegrating amid infighting, the main battle this time is likely to be for the leadership of the right.

Numerous polls taken since Mr. Saar’s move suggest, however, that there is still no party leader with an easy path to forming a government.

Because no single party ever manages to command an outright majority in the 120-seat Parliament, larger parties must join forces with smaller ones to form a viable coalition. That often gives minor coalition partners disproportionate leverage.

If no candidate garners a majority of 61 this time, Israel’s political crisis could go on. And on.

What’s at stake for Mr. Netanyahu?

A March election comes with significant risk for Mr. Netanyahu, who tried unsuccessfully to postpone Parliament’s budget deadline after Mr. Saar broke away.

Israel’s coronavirus vaccination campaign is just getting underway, so a late spring or summer vote might have been more advantageous for him, because an economic recovery might have begun by then.

Instead, the campaign will take place as Israel grapples with a third wave of the virus.

In another handicap for Mr. Netanyahu, he will be facing voters this time without the support and last-minute political gifts provided by his closest international ally, President Trump, and will instead have to deal with the Biden administration after it takes over in January.

Yet Mr. Netanyahu, popularly known as Bibi, also has plenty to boast about. With the help of the Trump administration, he has delivered deals to establish diplomatic relations with four formerly hostile Arab countries in the past four months. His administrations have led the country through years of relative security and stability, and he is taking personal credit for having secured millions of coronavirus vaccine doses.

“Israel could definitely become one of the first countries to emerge from the crisis,” he said in a televised address on Tuesday night.

What’s at stake for Israel?

The election offers an opportunity for a change of direction. After years of a tight alliance with the Trump administration, the next Israeli government will have to work hard to restore bipartisan support in Washington.

Israel also needs national healing after years of divisiveness. Mr. Netanyahu, who denies all wrongdoing in relation to the legal charges against him, has accused law enforcement of plotting to oust him by judicial means because the left failed to remove him at the ballot box.

With politicians at loggerheads over fundamental issues like the powers of the courts, Israelis must now decide what kind of democracy they want rather than focusing only on which candidate can best contend with challenges posed by the coronavirus and with regional threats from Iran and its proxies.

With the Biden administration in the United States, Israel may also come under pressure to curb settlement activity in the occupied West Bank and make concessions to the Palestinians.

Whatever the case, this next election, like the three before it, is set to largely be a contest between the “Only Bibi” and “Anyone but Bibi” camps.