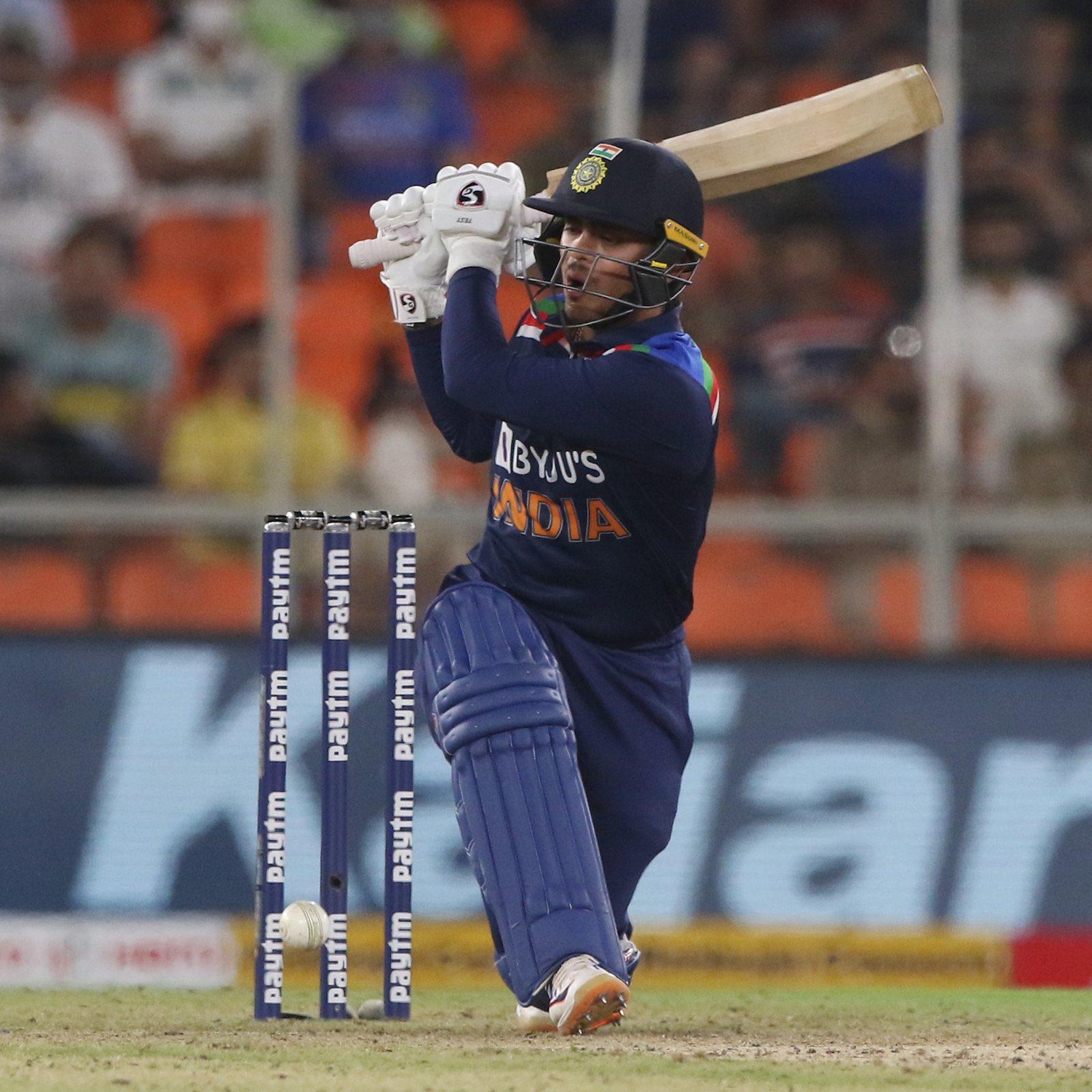 A magnificent innings of 56 runs off 32 balls against England proved a perfect launchpad to Ishan Kishan’s T20I career for India. The 22-year-old left-hand batsman from Jharkhand played a knock reflecting his enormous potential in the shortest version of the game.

Kishan showed admirable resolve against both pace and spin during a tricky run-chase on a dryish Ahmedabad surface, where the ball wasn’t always coming on to the bat. He played the role of an aggressor perfectly in partnership with skipper Virat Kohli and never looked out of place.

Also Read: Dinesh Karthik on Ishan Kishan: You Want Somebody Like That At The Top

Witnessing a debut, you don’t necessarily hope for a big performance; instead, look for signs whether the talent on show is one for the long haul. It’s not the numbers that give you a glimpse of a player’s potential longevity, it’s more the skill on show, the ability possessed and the temperament exhibited under pressure. Ishan Kishan played a knock that told us it wouldn’t be a one-off with him.

Ishan Kishan – a player with great promise and potential.

Not just the quality of the knock, it is its timing as well that is expected to hold Kishan in good stead. In the build-up to the T20 World Cup, the team provided him a window of opening by resting Rohit Sharma and dropping Shikhar Dhawan, and Kishan grabbed his opportunity with both hands.

By making his chance count so wonderfully, he has also earned the trust of selectors and the team management, who should provide him a run for the rest of the series. However, it remains to be seen whether they would be willing to break their hierarchy completely and give Ishan Kishan the ticket for the T20 World Cup?

Possibilities are endless in terms of how Kishan can be used in this Indian T20I side. He can be your player to maximise the powerplay overs, be an aggressor through the middle-overs, or be employed to counter the opposition’s best death bowlers. But with vice-captain Rohit a lock when fit, KL Rahul enjoying consistent backing at the top and likes of Hardik Pandya taking care of the end overs, more pragmatically, it is the role of a back-up opener and also of a middle-order ball-striker that Kishan is in contention for.

Also Read: Sky is the limit for a visibly matured Ishan Kishan

In those roles, Kishan faces direct competition from Shikhar Dhawan and Shreyas Iyer, two players who have the experience but don’t necessarily bolster this T20I team with their presence. Iyer played an admirable knock in the first game when others failed but didn’t exactly settle all debates around his spot. Iyer has tended to play such innings occasionally, not regularly against quality pace. Dhawan, on the other hand, is an improving IPL player but has a poor T20I record. Kishan, however, is an upgrade on both of them despite still being very young.

While roles played in their respective teams will obviously be different, Kishan emerges as more of a robust product that doesn’t have to compromise his strike-rate for the consistency of run-making. These are players that make a telling impact in T20 cricket where only a slender margin of runs separate teams on most days.

If that isn’t enough, Kishan also seems to be the better bet for India against fast-bowling, a form of bowling their batsmen will face more frequently from oppositions in the T20 World Cup, where teams will be wary bowling spin to them even in Indian conditions.

Kishan’s prowess isn’t held back by hard lengths and variations from pacemen, as he struck 300 runs at a whopping strike-rate of 153.06 against them in IPL 2020 while averaging 50. Dhawan scored 328 runs but at a strike-rate of 137.8 and lesser average of 46.85. Iyer, interestingly, made 146 runs from the 108 balls of pace he faced in the middle-overs of IPL 2020 but he had to take greater risks to get going and was dismissed 4 times.

Kishan, perhaps, needs to improve his range against spin as he went at a rate of only 136.7 in IPL 2020 against spinners with an average of 72 for 216 runs. An area where Dhawan triumphs over him, having scored 290 runs at a strike-rate of 153.4 while averaging 48.33. But here as well, Kishan had a far better IPL than Iyer, who surprisingly failed even against bowlers of his liking and went at less than 7 runs per over through the middle-overs versus spin.

Ishan Kishan’s overall IPL record doesn’t give that impressive a reading: an average of 28.33 and strike-rate of 136.83 across 51 matches. But he is a young player in the pink of health with his game currently, someone India would do well to encourage as they set their eyes on another T20 World Cup trophy.

Also Read: Should Suryakumar Yadav Play Ahead Of Shreyas Iyer In India’s T20I Side?