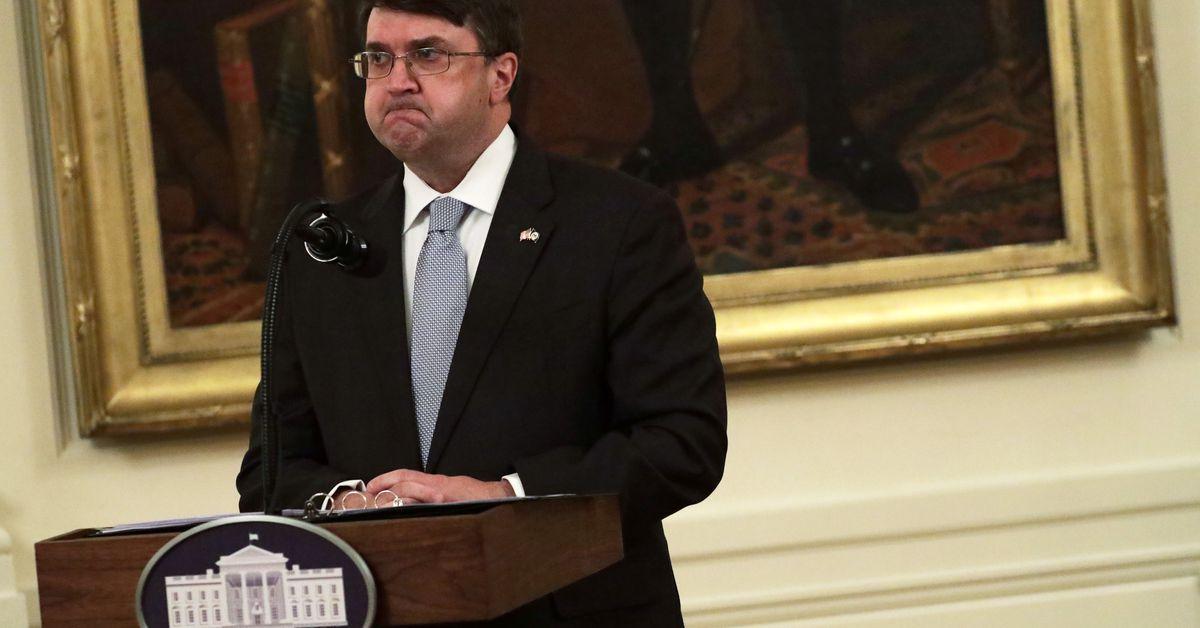 America’s six leading veterans organizations have joined together to demand the resignation of the secretary of veterans affairs after a federal investigation found he aimed to discredit a female veteran who filed a sexual harassment claim instead of properly investigating the matter.

“His actions not only threaten to deter veterans from seeking care at VA, but also undermine the efforts of VA staff who have been working to bring an end to sexual harassment throughout the department,” the groups wrote.

Wilkie, however, has defied calls to step down.

“We’ve never before had all big six organizations call for the resignation of the VA secretary or any other official,” Chenelly told me. But they went ahead with the joint letter, even with only a few weeks left in the Trump administration, because “we felt it was important for history,” he said.

That sentiment stems from a damning report by the VA’s inspector general, released last week, that revealed the conduct of Wilkie and his staff during a sexual harassment investigation aimed more at hurting the claimant than understanding exactly what happened to her.

That conclusion, it’s safe to say, has angered much of the nation’s veterans community and leadership.

What the VA inspector general found

While she was buying a snack at a VA medical center in Washington, DC, on September 20, 2019, Navy veteran Andrea Goldstein said, a male contractor at the facility “bumped his entire body against mine and told me I looked like I needed a smile and a good time.”

That matter was closed this January without any charges filed against the contractor, but investigators made clear the decision not to prosecute didn’t necessarily reflect the merits of the case.

Then, in February, someone sent an anonymous complaint to the House Veterans’ Affairs Committee alleging that VA Secretary Robert Wilkie had sought damaging information on Goldstein during the inspector general’s probe into the sexual assault claim. ProPublica obtained that document and got two other people to confirm Wilkie’s conduct.

Takano, citing the complaint and the reporting, asked the VA’s inspector general to open another investigation, this time to see if the allegations about the secretary — which Wilkie had vigorously denied — were true. The report with those findings, which involved interviews with 65 individuals and “extensive reviews of emails, telephone records, and other documentation,” came out last week. And it was pretty damning.

“Secretary Wilkie had obtained potentially damaging information about the veteran’s past,” the report found, though the IG’s office couldn’t “substantiate that [he] investigated or asked other officials to investigate the veteran’s background.”

According to the report, the “potentially damaging” information in question included that Goldstein had filed “at least six EEO-type complaints” — that is, discrimination complaints like those filed with the Equal Employment Opportunity Commission — while serving on active duty, and that “these complaints were lodged when the veteran was not satisfied with her performance evaluations.”

One possible source of that damaging information may have been Rep. Dan Crenshaw (R-TX), a retired Navy SEAL. Investigators spoke with two of Wilkie’s deputies who said the secretary had talked about information Crenshaw gave him. One witness told investigators “that Secretary Wilkie later verified with Congressman Dan Crenshaw that the veteran had previously filed frivolous complaints when the two were serving in the same command in the Navy,” the report said.

However, Wilkie said that Crenshaw approached him during a fundraiser and said he and Goldstein had served in the same unit in the Navy — nothing more.

Veterans are now also calling on Crenshaw to resign.

When I reached out to Crenshaw for comment, his communications team referred me to a Twitter thread in which the Congress member denied the allegations, calling them “partisan garbage.”

This is partisan garbage, and typical of the left’s reliance on narrative-building over facts.

As I have stated repeatedly and unequivocally, I have never participated in a “smear campaign” against anyone, much less a fellow veteran.

Whatever the source, Wilkie did obtain the information, according to six witnesses, and he mentioned having it often during internal meetings.

What’s more, with or without Wilkie’s knowledge — investigators couldn’t determine that part — the information against Goldstein was then used by the secretary’s staff to pressure VA authorities to further dig into her background and disparage her in multiple media outlets, namely saying that she was prone to making false claims.

“[Y]ou may want to look into—see—if she’s done this sort of thing in the past,” VA spokesperson Curtis Cashour said to an unnamed journalist, per the IG report.

The responsibility for that and other conduct, the inspector general found, fell squarely on Wilkie’s shoulders.

“The tone set by Secretary Wilkie appears to have influenced aspects of the initial VA police investigation and the conduct of other VA employees,” the report concluded, adding that same tone “was at minimum unprofessional and at worst provided the basis for senior officials to put out information to national reporters to question the credibility and background of the veteran who filed the sexual assault complaint.”

But the evidence against Wilkie and his team’s reported conduct did put him on the wrong side of the six major veterans groups — and they’re letting the Trump administration know it.

Wilkie won’t go. But many want him to.

Wilkie still denies he did anything wrong, and a spokesperson for his department insists he “will continue to lead the department.” The president also hasn’t said anything on the report or the letter.

Even Republican Sen. Jerry Moran from Kansas, the Senate Veterans’ Affairs Committee chair, said in a statement that “when it comes to ensuring that veterans feel respected and safe, the VA leadership team’s treatment of this case fails to meet the standard we expect VA facilities across the country to meet.”

And, of course, the veterans groups aren’t done with this issue. “There should be no safer place than a VA medical center,” Chenelly, AMVETS’ national executive director, said. “That’s clearly not the message after this.”

Chenelly told me they’re now pushing Wilkie to testify, under oath, that the allegations in the inspector general’s report are false. That would be the only way for Wilkie to at least claw back some of the trust he lost during this whole episode — assuming, of course, that what he would say under oath was actually the truth.

“It’s absolutely crucial that veterans can trust the VA,” Chenelly told me. “It’s about trust for us, and about trust for our members.” Unless and until Wilkie or the administration takes steps to clear up any potential confusion, the groups will continue “to let the president know how serious we’re taking this as a group.”