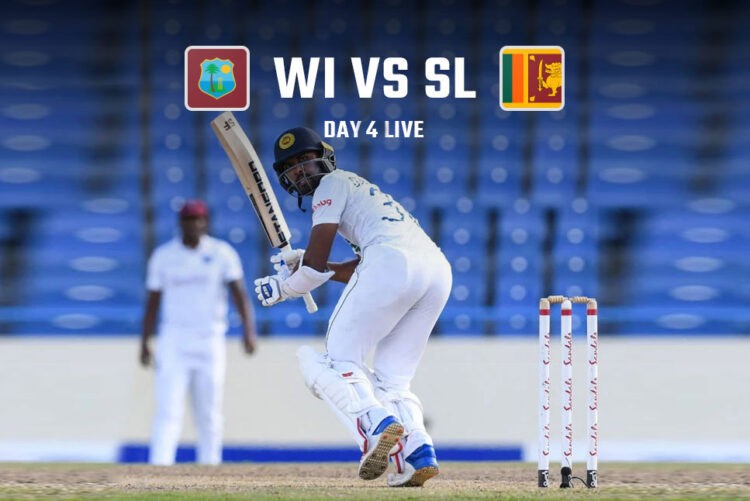 However, after the early setback, Kraigg Brathwaite has resurrected the Windies innings with a gritty half-century. How much lead can the hosts establish?

Shannon Gabriel produced an early strike on Day 3 to remove danger-man Dinesh Chandimal on 44 and break the De Silva-Chandimal partnership which was starting to look dangerous. De Silva next fell victim to Blackwood on Day 3 as Sri Lanka lost half their side before Lunch.

Earier, Kraigg Brathwaite achieved his ninth Test century in the first over of the day, before Rahkeem Cornwall and later Lahiru Thirimanne completed half-centuries during a rambling day of Test cricket that ended with neither team in the driver’s seat.

West Indies’ final 354 was more than Sri Lanka would have liked to concede. But at stumps, Sri Lanka had gotten to a fair 134 for 3.

Only six wickets fell today, notwithstanding that, only 203 runs were scored across 86 overs – a scoring rate of 2.36. Only Cornwall batted with adventure, in the first hour of the day, with both West Indies and Sri Lanka’s remaining batsmen choosing to dig in on a slow track.

In India W.I vs SL 2nd Test is being LIVE Streamed on FanCode and follow LIVE Updates on InsideSport.co