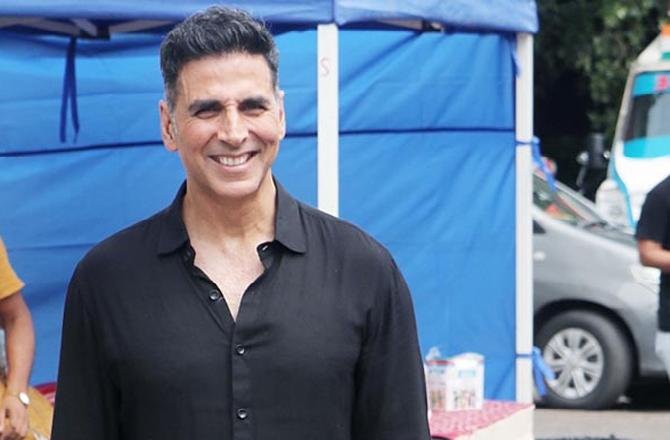 Akshay Kumar seems to be one of the busiest actors in the Hindi film industry currently, gearing up for as many as nine films. Sooryavanshi, Bachchan Pandey, Prithviraj, Bell Bottom, Atrangi Re, Raksha Bandhan, another rumored collaboration with Vashu Bhagnani that will be helmed by Muddassar Aziz, a touted drama with Mission Mangal director Jagan Shakti, and Abhishek Sharma’s Ram Setu.

Talking about this one, the drama was announced recently and if a report by Bollywood Hungama is to be believed, the film could release on the eve of Diwali 2022. A source stated, “Akshay Kumar has booked Diwali 2022 weekend for Ram Setu. The plan is to begin shooting by mid 2021. The majority of the film will be shot in the birth place of Lord Ram, Ayodhya!”

The actor had met the UP Chief Minister for dinner at the Trident Hotel in Mumbai on Tuesday night, according to a government spokesman. The Chief Minister appreciated Akshay’s efforts in making films with social messages.

Kumar, on his part, had lauded the steps being taken by the Yogi Adityanath government to promote filmmaking in Uttar Pradesh. Akshay had announced his new project titled Ram Setu in November during Diwali.

“This Deepawali, let us endeavor to keep alive the ideals of Ram in the consciousness of all Bharatiyas by building a bridge (setu) that will connect generations to come. Taking this mammoth task ahead, here is our humble attempt — #RamSetu. Wishing you & yours a very Happy Deepawali,” he had tweeted.

The film will be directed by Abhishek Sharma, whose Suraj Pe Mangal Bhari was the first Bollywood to release in theatres since the lockdown. Ram Setu is backed by Akshay’s production house.

Some of Kumar’s earlier films that have released on Diwali are Dil To Pagal Hai, Aitraaz, Garam Masala, Jaan-E-Mann, Blue, Action Replayy, and Housefull 4.