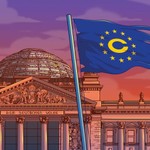 The legislation, which was aggressively lobbied on both sides, drew thousands of young people into the streets of German cities in March 2019 to protest online filters that they described as “censorship machines,” which many sites use in some form already. The directive passed anyway that spring, giving the 27 EU countries until June 7 to incorporate it into their national laws. (It’s not unusual for countries to run late when implementing changes in policy.)

The political fallout from those protests seems to have influenced German lawmakers to loosen the directive’s liability provisions so much that it could become hard to license sites like TikTok and Triller, which rely mostly on short clips. Germany’s draft bill, which is scheduled for a final presentation to the Bundestag on May 20, calls for platforms to license content, as well as remove infringing material. But it also states that clips of under 15 seconds will be considered “minor use” and thus essentially exempt from the liability provisions in Article 17 of the directive, although platforms will have to pay collecting societies for their use under a fixed-rate tariff.

If a rights holder can show that an upload would create significant economic harm, it can request a takedown with what policymakers call a “red button” mechanism; platforms then have a week to comply. At a time when YouTube is working more closely with labels and clips are becoming a more important source of revenue, the bill essentially substitutes one kind of safe harbor for another one that’s more relevant now.

“The proposed German approach is miles away from the text of the EU directive and is out of touch with the reality of today’s music market, where short clips are big business,” says Helen Smith, executive chair of European independent labels organization IMPALA.

Most EU countries are planning legislation that’s closer to the text of the directive: The Netherlands and Hungary have already passed laws, and France, Italy and Croatia are well on their way to doing so. The legislation for Germany — the world’s fourth-largest music market, worth $1.4 billion in 2020, according to IFPI — “would go against the spirit of the directive, undermine legal clarity for rights holders and platforms, and kill value,” says Dr. Florian Drücke, CEO of the German music industry association BVMI.

German politicians want to pass a law that offers more leeway to internet users, says Drücke, because they remember the 2019 protests and want the support of young people in the upcoming national elections scheduled for Sept. 26. “They’re deeply scared in regard to the young voters,” says Drücke, “and the potential effect that talk of upload filters and censorship could have on the election.”

Germany is not alone in pushing back against the directive, however. Austria has been considering legislation that is incompatible with the intent of the directive, although that plan may be revised, and Poland has brought a case to the European Court of Justice asking it to annul parts of Article 17 that involve online filters. A ruling is expected later this year.

The German bill includes a remuneration right — meaning that sites that rely on song clips would have to pay collecting societies, which would then distribute money to rights holders. But labels and publishers see this as a clumsy, less lucrative substitute for direct licensing that would suppress growth. Artists don’t like it either: Over 1,200 acts, including big names like Rammstein and Helene Fischer, have signed an open letter voicing their objections.

Without liability to incentivize platforms to keep infringing content offline, “it’s very hard for the industry to negotiate with these behemoths,” says John Phelan, director general of the international music publishing trade association ICMP. “Rights holders need to be able to say to YouTube or other digital platforms, ‘We’re going to enforce notice and stay down [orders] if you don’t agree on a fair license.'”

The German legislation is now with the Bundestag’s legal committee, so it could still be changed before it is formally presented. But if it passes in anything like its current form, says Drücke, BVMI plans to challenge it — first in the German constitutional court and then, if necessary, in the European Court of Justice.