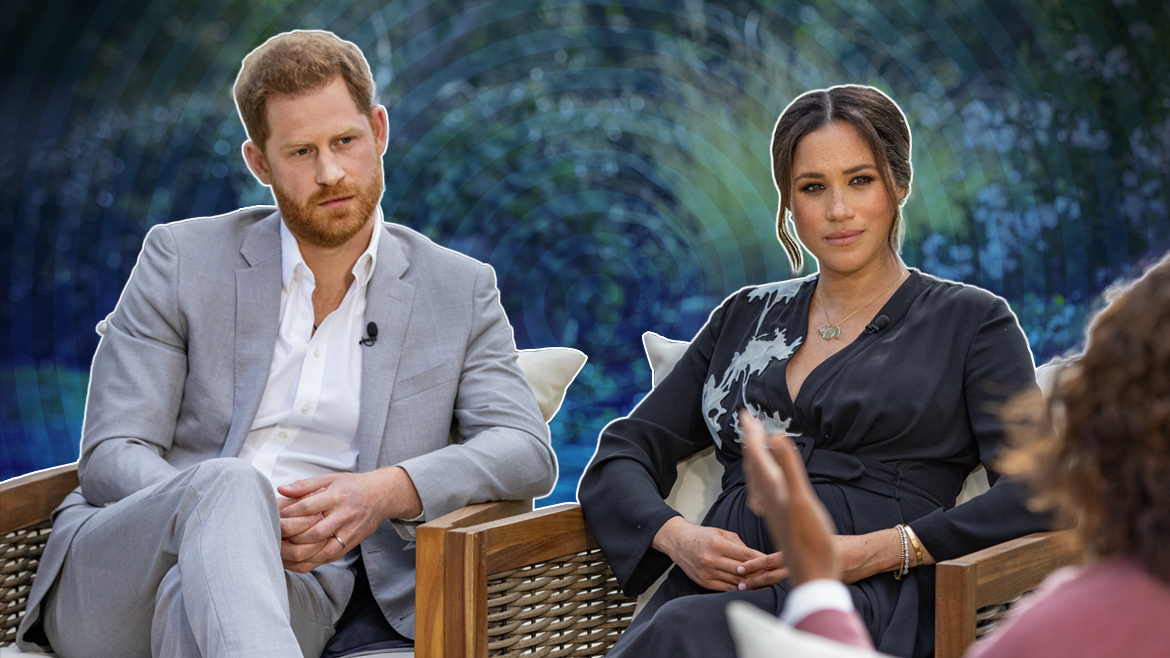 “The 360” shows you diverse perspectives on the day’s top stories and debates.

The shocking revelations unveiled in Oprah Winfrey’s interview with created a level of controversy that the British royal family hasn’t seen in decades.

In the interview, the couple discussed their reasons for distancing themselves from the monarchy and described “the Firm” as an antiquated institution consumed by an outdated worldview and ensnared in a toxic relationship with the British tabloids. Meghan, who identifies as biracial, said the combined pressures of an unwelcoming monarchy and the scathing — at times overtly racist — press coverage she received led her to contemplate suicide. The couple also accused an unnamed member of the royal family of expressing “concerns” about how dark their son Archie’s skin would be “and what that would mean or look like.”

released a short statement saying the family was “saddened” by the revelations and that the allegations of racism were “concerning,” but the matter would be “addressed by the family privately.” Harry’s brother , who’s third in line for the throne, defended his family during an appearance Thursday. “We’re very much not a racist family,” he told reporters.

Some royal experts believe the accusations leveled by Harry and Meghan are so damaging that they may compel the monarchy to modernize the way it functions. The royal family’s power, they argue, is entirely dependent on public perception. Anything that damages their reputation could limit their influence both at home and abroad. Some argue that the interview may bring more people into the movement to abolish the monarchy entirely. To combat this — potentially existential — threat to its image, the family may feel compelled to reorganize itself into a more open and multicultural institution.

There are also hopes that the royal family might compel the notoriously incendiary British press to scale back its most harmful practices in light of the damage it has done to the crown’s public image.

Others say it’s unlikely that any meaningful change will happen in response to the interview. They argue that the royal family has responded to past controversies, including those involving Harry’s mother, Diana, by becoming more insular and closed off. The to the accusations has been mostly split, suggesting that there may not be a major swing in how the royal family is viewed in the country. Some historians argue that it’s naive to think that the monarchy could ever shed racism, given the British empire’s colonial past.

There is also deep skepticism that much will change about the family’s relationship with the tabloids. If anything, some argue, Meghan’s story shows how badly things can go for anyone who finds themselves in the media’s crosshairs.

“Make no mistake, this is an interview that will go down in history as having rocked the British royal family to its core. … The circumstances raise questions that go right to the core of the monarchy’s values and purpose: inclusion, unity, stability. In a modern democracy, the royal family survives or dies based entirely on what people perceive it represents.” — Victoria Murphy,

The monarchy won’t change at all

“Rather than adapting, changing, perhaps even holding themselves accountable as an institution, the royal family remains under the impression that maintaining a good relationship with the media (and the public) is more important than its individual members’ happiness and certainly more important than meaningful change.” — Zeba Blay,

The monarchy’s global influence has been reduced

“They have made very serious allegations, primarily of racism in the royal family, which is going to be very damaging for Britain’s standing abroad for its soft power as it is called.” — Historian Andrew Roberts to

The public will continue to back the royals

“The monarchy has been through very choppy waters very often, and it will weather this storm.” — Royal commentator Roya Nikkhah to

“The House of Windsor does not learn from its mistakes, has taken learned helplessness to soaring heights, and profits handsomely from what Harry called ‘the invisible contract’ between the U.K. media and the royals.” — Robin Abcarian,

“This direct charge of racism at the heart of the royal family will be highly damaging in multicultural Britain. About 15 million of the United Kingdom’s 66 million residents weren’t born there. And the Queen’s beloved Commonwealth has a highly diverse membership. In refusing to name the offending person, Harry and Meghan have cast a big cloud over the whole monarchy.” — Bevan Shields,

“There was always something desperate about the fantasy that social justice would be fast-tracked by a foreign citizen placed by marriage inside Buckingham Palace.” — Pankaj Mishra,

“No, the monarchy won’t topple overnight. And Black people across the world won’t magically find the shackles loosened. But every time a person in power acknowledges the pain of racism is real, that’s one more lie that can’t be swept under the rug. One more truth that has to be acknowledged.” — Elizabeth Wellington,

“Where the public response to this humdrum revelation has gone astray is in the widespread conviction that we should make the monarchy better. Not at all. You cannot turn a bottle of poison into a refreshing drink, no matter how much sugar you pour into it.” — Hamilton Nolan,

The interview could strengthen the movement to abolish the monarchy

“The British monarchy casts its obnoxious spell worldwide, and we’d all be better off if the scandal unleashed by Meghan’s interview reinvigorates the republican movement in Britain.” — Alan Wirzbicki,

Meghan and Harry will make the monarchy look increasingly obsolete

“Harry and Meghan are ultimately going to win. Despite the tabloid frenzy, this was never the story of an ungrateful pauper being elevated by the monarchy. This was about the potential union of two great houses, the Windsors and Californian Celebrity. Only one of those things has a future, and it’s the one with the Netflix deal.” — Patrick Freyne,

Is there a topic you’d like to see covered in “The 360”? Send your suggestions to [email protected]

RELATED:  Brexit, lockdown and a vaccine: A head-spinning day of change in UK